Women in Film vs. TV: Why the Disparity? 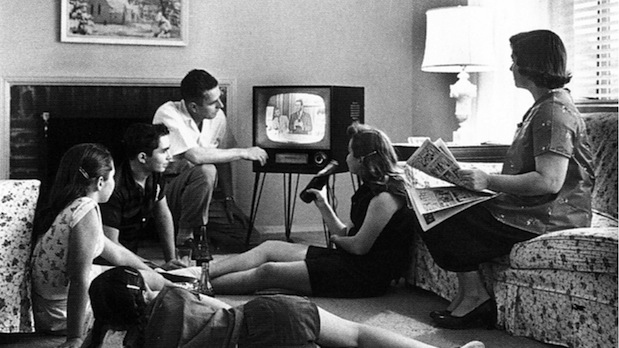 by Katie Carman-Lehach
in Directing, Filmmaking
on Aug 19, 2013

One of the biggest conundrums I’ve experienced as a female filmmaker is watching the women of television advance so much farther than their counterparts in film. Why is there such a great disparity?

Take for example this year’s Emmy nominations list. Looking only at nominations for directing, women have the opportunity take a number of prizes home:

For Outstanding Directing For A Drama Series

Breaking Bad. Episode: Gliding Over All. Directed by Michelle MacLaren.

For Outstanding Directing For A Comedy Series

Girls. Episode: On All Fours. Directed by Lena Dunham.

For Outstanding Directing For A Miniseries, Movie Or A Dramatic Special

Top Of The Lake. Sundance Channel. Directed by Jane Campion.

And as we all know, Kathryn Bigelow was the first, and so far the only female director in 85 years to actually win the Oscar.

So again, I have to ask: why the great disparity? I have to believe it’s the assumed economic risk. To ask a woman, or an unknown, to direct an episode of television is not as great a risk as helming a feature film. You screw up one episode, you can still correct your mistakes in the following episodes and get the project back on track. In a feature film, you’ve really got one shot to make it right and changing directors mid-way is no easy task. Financially speaking, I don’t believe budgets for TV series and films to be all that vastly different, but the way Hollywood has directors making films, you’re set up to fail if you can’t recoup your unnecessarily large ad campaign budget in the first opening weekend.

Of course, we all know that in reality, a terrible film is a risk no matter who is in charge. And considering more women than men buy movie tickets in the United States, it could be a better risk for producers these days to seek out more women directors.

It’s worth noting also, considering that there are more women working in TV than film, that generally, television seems to be kinder in representing women. For example, Geena Davis Institute on Gender in Media found that while women are represented by only 28% of characters in movies,  39% of characters on prime time are women. And only 20% of the jobs shown in movies are held by women, whereas 34% of the jobs on evening TV are held by women. (Source: http://seejane.org/downloads/key-findings-gender-roles-2013.pdf)

In my opinion, this improved outlook for women on TV (though still a far cry from true equality) can only be attributed to the fact that more women are working in television, and therefore are being represented more fairly. So doesn’t it follow that if we are to secure more roles for women working in film that women will be better represented on screen too? There’s really only one way to find out. (Hollywood: Hire More Women Directors!)