What Opera and Sharknado Can Teach Independent Film 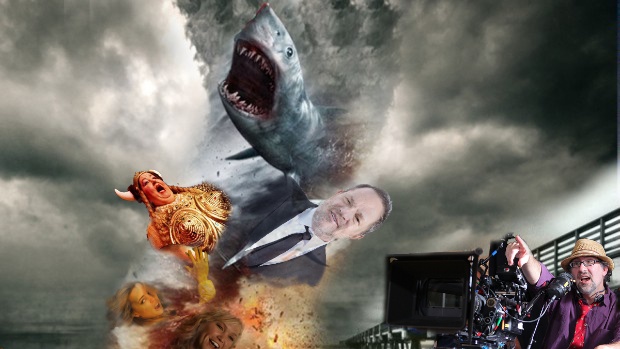 by Dan Mirvish
in Distribution, Filmmaking
on Sep 13, 2013

The other day, Liesl Copland at WME gave a wonderfully frightening talk at the Toronto Film Festival bemoaning the “analytic black holes” of streaming and VOD platforms. She’s absolutely right: filmmakers and even their distributors have no idea how many people are seeing their movies, paying how much money, and barely knowing when and where they’re available. We have more luck knowing how many people are pirating our films on BitTorrent!

Theatrical presentation is still the emotional gold standard of independent film: we make movies to be shown in front of audiences. OK, but other than playing at film festivals (always the best audiences in my book), and a handful of expensive four-walls in L.A. and N.Y. that largely get ignored anyway, is theatrical distribution dead?

No! But it may have to change. Thanks to George Lucas insisting on digital projectors for Jar Jar Binks, and then the studios using 3D bonus fees and other financial incentives to muscle digital projection into theaters around the world, the era of film prints is just about over.

One side effect of this changeover is that more and more theaters are now nimbly able to show one-time only streamed events like operas, symphonies, live British theater, concerts, sporting events, etc. Finally, theaters are starting to figure out what to do with all their extra screen time on weeknights and afternoons. Aha! Opera lovers are retirees who don’t mind going to a 6:30pm Met performance of Shostakovich’s The Nose on a Wednesday night. They can hit the early-bird special at Coco’s and head to the theater for a show. Typically, one of these events will screen just once or twice, but in hundreds of theaters simultaneously, often as a simulcast of a live performance.

Companies like Emerging Pictures have been streaming indie movies — as well as opera and ballet — over the last few years into art house theaters and non-traditional venues. But a newer phenomenon is for other distributors — and filmmakers directly — to take advantage of these built in “satellite” networks for one-night screenings in multiple theaters simultaneously – particularly in otherwise mainstream multiplexes.

After its twitterific Syfy debut, Sharknado took advantage of the buzz and played for one night only on Regal theaters nationwide (through satellite distrib NCM Fathom Events). Indie stalwart Richard Schenkman’s new horror film Mischief Night will screen on October 30th through SpectiCast’s 1600-screen network before getting its VOD release.

And on Monday night, SpectiCast will also screen my award-winning film Between Us to 29 mostly suburban Marcus Theaters locations throughout the Midwest. Billing it as our “Massive Midwestern Big-Screen Blitz,” the film will play from Fargo to Sheboygan, from Omaha to Columbus, and Elgin to Oshgosh. Technology permitting, we’re even trying to do some sort of multi-theater Skype Q&A afterwards to give some added value that won’t be available on VOD or streaming. (I’m a firm believer in Jon Reiss’ theory that we need to “event-ize” our theatrical presentations.) If nothing else, it’ll be nice to show the film in its full 2.35 aspect ration on big screens with 5.1 surrounds. I didn’t work with award-winning ASC cinematographer Nancy Schreiber just to make an iPad video.

Now would I rather have my movie play for full-week runs in Chicago, Madison or Minneapolis “traditional” art house theaters? Sure. The bottom line though is it’s become increasingly tough for smaller films to get — and then hold — bookings in traditional art houses, when they’re up against the Weinsteins and Searchlights of the world. But as Scott Mansfield, head of Monterey Media, my distributor for Between Us put it, “Wouldn’t you rather play one night in a town, rather than not play a week there at all?” With so many mid-market urban art houses controlled by Landmark or a handful of bookers, it’s nice to see some fresh competition in the marketplace. Monterey similarly had luck bundling my film with Sundance winner This is Martin Bonner and Toronto alum The Lesser Blessed at other theaters over the summer.

I remember almost 20 years ago doing self-distribution on my first film Omaha (The Movie) (coincidentally out this month on Amazon Instant). There again, we bucked tradition, playing mostly in the midwest, and frequently at mainstream AMC and Carmike theaters. Screening indie films was a new concept to them then, too, but they were eager to give it a try… and that was with 35mm film prints, usually playing for a full week at a time. In the end, we worked our way out to the coasts and wound up with an 11-week run at Laemmle’s in LA.

These experiments may not generate earth-shattering box-office bonanzas. By some accounts, even the Sharknado midnight screenings barely grossed $200,000 (speaking of analytic black holes, it’s hard to get firm numbers on these things). But if a multiplex has to keep its lights on anyway on a Monday night, it can’t hurt to have a unique excuse to sell some more popcorn. These operas and symphonies are doing surprisingly well. And if we’re not careful, there won’t be any screens left for indie films. Instead of complaining about digital projectors and how no one goes to the movies anymore, let’s take advantage of this unique moment in film technology. Sharknado and Tosca? You’ve got company!