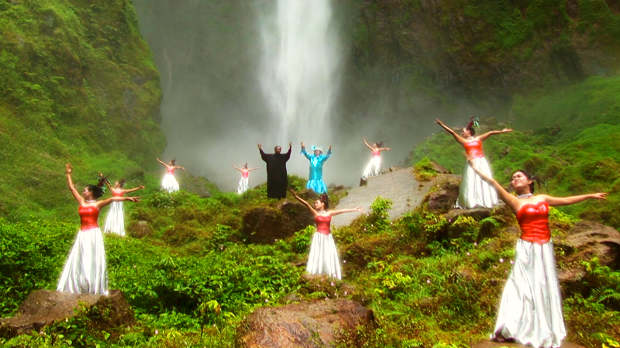 by Sarah Salovaara
in Distribution, Filmmaking
on Jan 27, 2014

Ask an independent filmmaker his or her stance on torrents, and you’re likely to get an impassioned response – one that’s not necessarily negative. I’ve spoken with handfuls of filmmakers who regard the brand of piracy as a beneficial, near audience-building exercise. In an article from 2011, Filmmaker contributor Anthony Kaufman suggested that torrents, “should be considered [as] just one more element in a hybrid distribution strategy.” Weighing in on the issue, New School professor and filmmaker Vladan Nikolic noted that, “Viewers don’t overlap that much. Those who watch iTunes and cable don’t use BitTorrents.”

A couple years later, Drafthouse Films, the agile distributor behind 2013’s most important (and now Oscar-nominated) film, is putting the hypothesis to the test. On December 31, 2013, Drafthouse partnered with BitTorrent to release a BitTorrent Bundle that pulls back the curtain on the making of The Act of Killing. Featuring interviews, stills, essays and coverage of the film’s ongoing impact in Indonesia, the Bundle has been downloaded by more than 3.5 million people in the last month. Impressive, but even more so when you consider that is three times the number of people who viewed the film’s content on YouTube.

Drafthouse isn’t giving away the film free of charge, but they are well aware of the venues their audience frequents. Tantalizing viewers with bonus footage through a litigious medium is a surefire way to spread the good word surrounding The Act of Killing even farther, and perhaps lawfully. We’ll see when Drafthouse brings the film back to theaters on February 7th. In the meantime, hopefully more distributors will consider using supposed hindrances to their advantage, transforming torrenting into a marketing strategy.