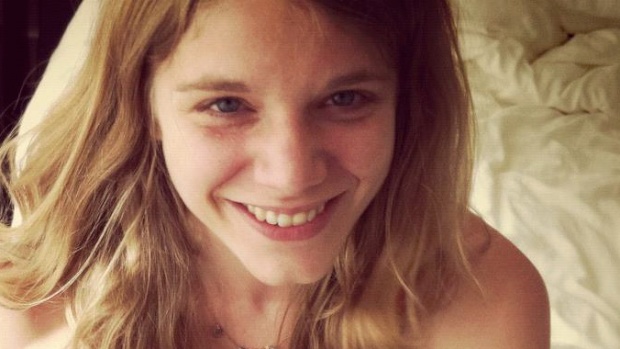 Following “The Women of Sundance” article in our print and online additions, Danielle Lurie continues her coverage of female filmmakers with a series of pieces highlighting women directors at SXSW. In this email interview, she talks with the writer/director of Honeymoon, Leigh Janiak. Honeymoon screens today in the Midnighters section.

Janiak: My writing partner Phil and I had been writing together for years, and finishing a script is satisfying, but it’s never really a finished project… So I think it was sometime in 2010, after seeing Monsters and Tiny Furniture that I felt invigorated to actually make a movie. I wanted to tell an elevated genre story; the kind of story that had elements of all the bigger-budget films I love, but that took place at an intimate, grounded level that I felt could get made without being in development for years. We’ve always been interested in how seemingly beautiful things can become ugly and monstrous, so for Honeymoon we took a couple deeply in love and then saw how far we could push them until they started falling apart.

Janiak: I met my producer Patrick Baker in 2007 when he hired me at the production company he was running. We worked together for two years before Patrick moved on to create an independent producing team with his wife and my other producer, Esmé Howard. When Phil and I completed the Honeymoon script in 2012, we sent it to Patrick first. He came onboard immediately. Financing was raised through private equity, and we commenced principal photography in spring of last year.

Filmmaker: What is an anecdote from the making of this film that should be legendary?  I know you have at least one.

Janiak: We have a lot of boat and water work in the film. Our key grip, Jose Cruz (who is amazing), spent an entire week in the water in his wet suit, wrangling our boat rigs. In any case, we were wrapping up our water scenes with only two days left of production. Everyone was tired. Tensions were high. The canoe scenes were shot in this shallow, muddy, maybe snake-infested water, and everyone couldn’t wait to get out of there, but I had begged my AD to squeeze in one more wide shot of Rose and Harry for the “splash fight.” The second take was pretty good. Harry begged for another. Thinking back, I remember him taking off his shoes and making Rose take off her mic, etc. but it didn’t register at the time. We rolled for take three. Everyone on the camera boat was holding their breath, hoping the wind blew right, that Rose and Harry could stop on their “mark” and then BAM – they capsized. Both right in the water. Everyone gasped and then burst out laughing. I think Harry planned it, but he swears it was an accident…

Janiak: We had a nice female/male ratio crew-wise. I didn’t consider gender when hiring, just the best person for the job.

Janiak: I think any other director, male or female, would have handled making Honeymoon differently. As a woman though, I think I was able to start my relationship with Rose at a different place than where it would have began if I were a man. I still had to earn her trust before placing her character in certain situations, but I think there would have been more conversations to get there if we weren’t both women.

Janiak: I think because I’m primarily interested in more genre-oriented narratives, being a woman has helped me. There’s a bit of novelty associated with being a female filmmaker who likes horror and sci-fi, which is great.

Janiak: We need more female auteurs creating films that will inspire young girls to become directors and to realize this is something they can do. We need to have more women hired for projects at the studio level. We need to consider audiences beyond teenage boys.

Janiak: Phil and I are working on a couple of new script ideas, one of which will hopefully be my next film. In the meantime, I’d love to be able to explore some directing-oriented opportunities, too.

Janiak: I want to see as many great films as I can before they hit theaters commercially and meet as many other fellow filmmakers as possible. I think I’d like to awkwardly meet Lena Dunham.

Janiak: You should have asked me more about Rose (Leslie) and Harry (Treadaway)! Harry’s been in a ton of great films, including Fish Tank and Control, both of which I love. Rose has had an amazing few years as Gwen on Downton Abbey and Ygritte on Game of Thrones. I feel incredibly lucky that Honeymoon is really the first starring feature film role for both of them! They’re both immensely talented, and the relationship they created as Bea and Paul reflects all of their energy and hard work.