How To Sell Your Movie at AFM: Unconventional Tips From the Moonshine Kingdom Team 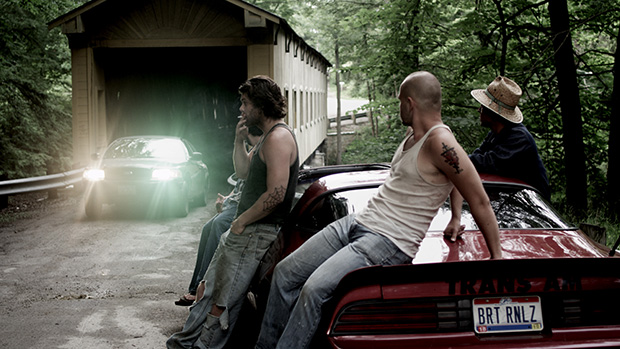 If making a movie seems like a Herculean task, selling it can be even harder. You have to work festivals, industry contacts and many other avenues in the hope of finding a buyer.

When Mooshine Kingdom‘s director Milton Horowitz and cinematographer Ryan Forte went to American Film Market (AFM), they decided to take a slightly different approach by going as exhibitors rather than as filmmakers. “I noticed that it said if you go as an exhibitor, you get access to the buyers list,” Horowitz says. “We thought, ‘That’s what we need, we need the buyers list.'” Though it was more expensive, they saw it as a long-term investment because they’d be able to use the list in the future. “Though I will probably continue to attend AFM every year that I can,” Horowitz says, “I definitely know that buying a list was the most important thing we could have done.”

Attending as an exhibitor was vital, says Forte, because without it, “You can’t go to a lot of places in the hotel, like the Buyers Lounge or people’s offices, and that’s where you need to be. You have to go in there and you have to ask for acquisitions. If you don’t know to ask for acquisitions, nobody is going to take you seriously and nobody is going to take a look at your movie.”

As filmmakers based in Cleveland, Horowitz and Forte realized that they had to travel to an event like AFM to sell their movie. They specifically set AFM as the deadline to complete their movie and consider going as exhibitors the key to their success in selling the film to Nanotech Entertainment.

Going as an exhibitor is not without its disadvantages; regular attendance for four days costs $495, but to go as an exhibitor cost $3,500. “It definitely made all the world of difference,” Horowitz says, “because we were able to email and call every single distributor at the hotel and say, ‘We’re here, we just finished a movie two hours before we got on the plane in Cleveland and we’re here to sell it.'” He adds not everyone was receptive to their approach. “People at Sony Pictures, the high-end stuff, were like, ‘How did you get this number? Get out of my office kid.’” But they did connect with a buyer. “You get mixed reviews on your behavior,” says Horowitz, “but we definitely think it paid off.”

Forte adds one important tip: “People should learn that nobody is going to watch your movie. They’re just going to watch the first five minutes of it and make up their mind.”

You can read a full interview with Horowitz and Forte on the making of Moonshine Kingdom here.