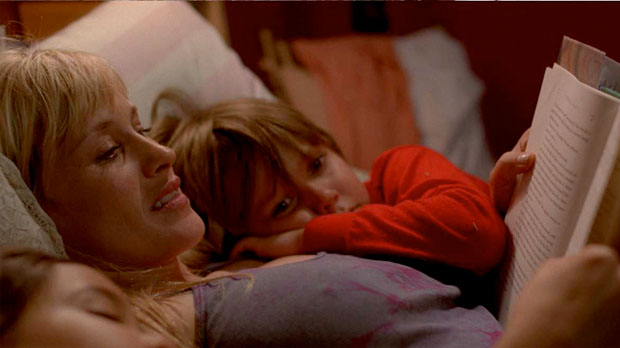 by Sarah Salovaara
in Directing, Filmmaking
on Jul 4, 2014

Richard Linklater’s Boyhood arrives in theaters next Friday, and the press blitzkrieg is well underway. In addition to a recent, incisive profile in The New Yorker, a relatively compact piece popped up in Fast Company that offers insight into Linkater’s process. Less practical than theoretical, the article addresses five bastions of great storytelling, according to the consummate independent filmmaker. I’ve excerpted my favorite points below.

“There are a lot of stories in the world, and I spend all my time thinking about how to tell them. That, to me, is the cinematic element. That’s the hard part: the right narrative form on every movie is the thing I have to break. New forms have always been a part of my thinking. ‘Could you ever tell a story this way? Why wouldn’t that work?’ I might spend a year on a film like Bernie, figuring out how to tell it. My first film anyone saw was Slacker, and the question there was, ‘Could you tell a story that had no central character but still made sense?'”

Sometimes bold experiments are born of finding work-arounds to limitations. “I wanted to tell a story about childhood, but I was having trouble landing on what part of it to express. My own thoughts and experiences were scattered throughout different ages, and that’s a limitation, obviously. You can’t just wave a magic wand and your actors are three years older–you have to pick your spot. The idea for Boyhood was one of those ‘aha’ moments that at its core was problem-solving. The film’s structure emerged out of trying to solve the problem of how to express that story over a long period of time. It’s very straightforward, but in a way that hasn’t been done before, because it’s just completely impractical.”

“My stories are actually very cleanly told. There might be something formally challenging, but I’m never trying to confuse anybody. If you establish rules and play by them, the audience will buy in.”

Some Tech Has to Catch Up With Ideas

Linklater may be motivated by new stories, but sometimes he has to wait for technology to catch up to them. “I spend time digging into certain characters. If that necessitates some kind of new technology and a new way to tell a story, then I want to see if that could work.” Linklater says he’d been thinking about the idea that turned into the film, Waking Life, for about 20 years. “It never worked as a film in my head–technologically speaking–until I saw this animation coming together that some friends of mine were developing. It was one of those similar ‘aha’ moments” ‘Oh, that crazy film I’ve been thinking about just doesn’t work live-action, and it wouldn’t be an animated film. But this thing is a hybrid. It’s real and a construct. Kind of like a dream.’ The technology allowed me to tell that story the way I wanted to tell it.”

“I’m a big designer. When I write a screenplay, I’ve diagrammed the architecture of the story. There’s really got to be a structure; art demands it. I care more about structure, less about plots. Anything plot-driven feels a little more man-made, more manufactured. I’m always going toward something that’s a little more true to life.”