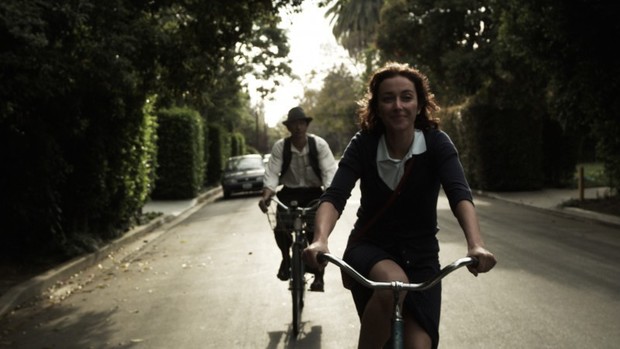 by Scott Macaulay
in Distribution, Filmmaking
on Dec 7, 2014

Following this week’s Sundance announcements, I linked in my newsletter to two articles I wrote back in 2009: “So You Didn’t Get into Sundance” and “Letter from the Future.” This first is a consoling “what to do next” kind of piece, and the second is an only partly tongue-in-cheek riff on alternative ways to approach festival distribution. The latter owes a lot of Jon Reiss, who in articles written for Filmmaker and elsewhere has advocated for making your festival premiere your premiere and to make a DIY distribution your plan A, not some hastily considered fallback plan when a big sale doesn’t materialize.

Two years ago, Upstream Color director Shane Carruth took just this approach, premiering his long-awaited film at Sundance and rolling immediately into his own theatrical and VOD plan. Given the challenging nature of the movie, I think it was a success, but, as I discovered, a year later virtually no one was inspired by his example. With Vimeo on Demand, VHX, Tugg and other tools accessible by filmmakers directly growing in recognition, I’m curious but not hopeful that we’ll see more people take distribution into their hands this year.

But, hey, don’t listen to me. Try taking your medicine from director Diane Bell, who travelled to Sundance with her film Obselidia in 2010. In a blog post entitled, “Sundance: You Made It!” she tells what she’d do differently this time around… and it’s a lot like the path taken by our filmmaker from the future. She writes about the “lightning strike” of her Sundance acceptance and her pressure to follow the typical path taken by filmmakers head to the festival:

So we did what we were told. We interviewed with PR people (and fainted when they told us how much they would cost – did they understand how little we had made our movie for?!) and we met with sales agents, who all seemed like the worst sharks to us (some even wanted money up front, others would take it out of the sale…up to amounts that were half our budget). We chose to work with the ones who seemed nicest (not necessarily “biggest” or “best”) but the ones we liked and trusted, and off we went, hoping that lightning would strike twice for our movie and that it would be picked up for distribution.

Lightning didn’t strike twice, there were no offers made for the film that made any sense at all, and we didn’t have any other plan in place. So the film played in a lot of fests and went on to receive a very poorly planned hybrid distribution two years later by which time, everyone had forgotten about our little movie (even though it had won two awards at Sundance and been nominated for two Indie Spirit Awards). They had moved on to the latest buzzy Sundance darlings.

If I had the same opportunity again, I would play it very differently. If I had a movie like Obselidia going to Sundance 2015, a movie with no stars, very quirky, unique, difficult to categorize movie – I would be very busy right now planning my own distribution of my film. There is no way I would go to the festival without that in place.

Read more from Bell at the link. You’ll hear stuff you’ve read in these pages before… but which you could certainly stand to listen to again.

(Oh, and if you don’t subscribe to our newsletter, which I write pieces not featured on this site, you can do so for free here.)