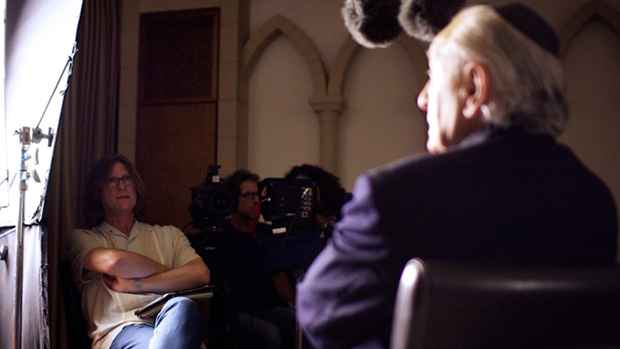 by Michael Murie
in Editors, Filmmaking, Interviews, Post-Production
on Feb 4, 2015

Documentary films often rely extensively on archival film, and dealing with different archive sources and the variety of formats involved can become a significant headache. For The Prime Ministers: Soldiers and Peacemakers, co-producer and editor Nimrod Erez had to deal with hundreds of sources and dozens of video formats. As editor and co-producer, Erez ran the post-production department, overseeing the additional editors brought in to work on the picture and seeing the movie through grading and final picture.

The film will be released this year and is the second and final part to follow The Prime Ministers: The Pioneers, which was released in 2013. The film was produced by Moriah Films, which is part of the Simon Wiesenthal Center and maintains their own extensive library of archival material.

We recently spoke to Erez about the production of the film, and dealing with archive libaries and archival material.

Filmmaker: What was different about this project compared to the other films Moriah has made?

Erez: The thing that was new with this production was that we had to bring in archival material from periods that we have never covered before in any of our previous films. There was extensive research to find all the archival material that we would need that could help illustrate what we’re trying to say

The film is based on the book The Prime Ministers, written by ambassador Yehuda Avner, and he’s the only interviewee in the film. His narration carries us through the story, but what I wanted to do was find bits of news and interviews with people that we are talking about who can in their own voice give a little bit more to the story. When you listen to people speak you get a glimpse of their personality. 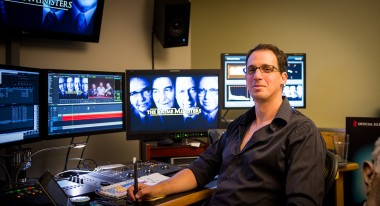 Filmmaker: What kind of material are you working with?

Erez: There is material that was acquired on black and white film and we have it on tape. The tape is ingested into the Avid and we edit the offline with it. Once the cuts are locked we start the online process, bring all the tapes back in and up-res everything through the Blackmagic Design Teranex 2D.

Erez: We have three Avid systems with Blackmagic Design I/O. We’re using DecLink 4K Extremes for two systems and another DecLink card for the third one. They’re all connected to Avid’s Unity [shared storage network] so we’re sharing all the media. We have two Teranex’s, we have a Blackmagic video hub that is basically like the router of all the signal in the studio; we can switch signal from any Avid to any monitor in the studio and route it through the Teranex as we need. It’s very versatile. It’s really been the difference maker in terms of being able to pull this off in-house or not.

Filmmaker: What does the Teranex do for you?

Erez: It takes the low-res footage and makes it high-res. The Teranex is the standard bearer for frame rate conversion and resolution up-res and down-res. Most of our material comes in either PAL or NTSC and everything needs to conform into 1080P at a certain frame rate and the process that will yield the highest quality is to use the Teranex.

The technology was originally developed for the US Military and then the company Teranex was formed years ago and they sold these very powerful video ingestion cards that can process video in real time. Blackmagic bought the company three or four years ago and released a much cheaper version that retains the same quality. 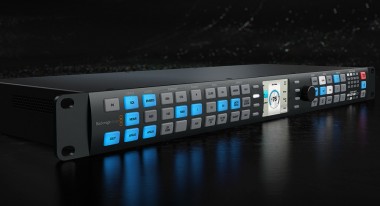 Filmmaker: Once you have the footage in, are you doing any other image cleanup?

Erez: We have software called PF Clean, which is absolutely terrific and on some shots we used that. We purchased that system for a separate project and it doesn’t fit wholly into our pipeline for creating the films, but if there are some shots that are of real poor quality and we don’t have a replacement or we don’t want to use a replacement, then we send them through that.

But for the most part, everything gets up-resed to HD with the Teranex. Even if it’s HD material it still needs to be conformed to our frame rate specifications. Most archival material that you get, even if it’s in HD it does not conform because it’s been acquired for television use, a lot of times in 60i, so pretty much everything goes through the Teranex.

Filmmaker: What camera did you use for the interviews?

Erez: We are using the older model of the Varicam. When lit properly it gives a really good picture.

Everyone here is very excited about our next purchase in the camera department and that is probably going to be the ARRI Amira, which is geared towards documentary filmmaking and gives a much better signal and quality of image. We’re also looking forward to switching to a file-based mode of operation.

Filmmaker: What advice would you give to someone undertaking a project like this?

Erez: When you are dealing with archival material from 20 or 30 countries spanning hundreds of different archives, organization is key, and you have to really learn and know all the different specs that video can come in.

We are very often hitting this invisible wall where even archives don’t really understand what the video is and how to treat video. A lot of people think that QuickTime is a quality. They don’t understand what QuickTime really means — that it’s a file and that within it you can have so many codecs and so many variations. I mean, it is really endless.

Somebody who starts a project like this must really understand what video is, what video resolutions are, and what video codecs are, because that can make or break a movie in terms of how it looks. Making a specific request for the delivery of material can make a huge difference in how the footage is going to look. When you’re working with archives there’s usually no more than one or two chances to get it right with them before they start asking for more money. Then tracking the files through the system — making sure that you know which archive each shot came from and what their tracking numbers are — is very, very important. 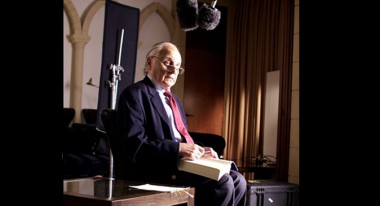 Yehuda Avner on the set of The Prime Ministers | Moriah Films

I know that it sounds a little funny that an editor doesn’t give advice about editing, but I have to say that our greatest challenge and what takes the most time in our process – especially when we come to the online – is tracking back each shot and each clip in the film to where it came from, and making sure that we get it in the highest quality from the archive. We spent about three to four weeks per movie just on that before we even begin ingesting the online material. That is very, very, very important and really crucial to a production on our scale.

I don’t know that there’s many productions that do it on the same scale that we do, but for anyone who does — who relies on 80% of their film being archival material from 30, 40, 50 years ago — they have to know their material, they have to know how to ask for a video file.

Filmmaker: What kinds of problems have you had with footage from archives?

Erez: In one case we had requested material from an archive and what they ended up delivering was not a transfer of the original 16mm film that they had. They delivered something filmed off the screen of a Moviola machine, so basically really bad looking material. We had to replace that because we saw it on the big screen and were just not happy with the way it looked. It looked good on our TVs in our studio because they are small format, 40-42 inches, but once you blow it up on the big screen you see that some images completely fall apart.

Filmmaker: Do different archives have different ways of handling things?

Erez: Every archive has their own idea about how to do things. The bigger archives have somewhat of a similar process, but very different pricing. The legal stuff is the same, but every archive has a different idea of what they require, and what they are willing to release.

The larger archives often represent smaller archives, so sometimes you want to get a piece of video or footage from the AP and you see the AP has it but it actually belongs to CBS or ABC. So then you need to go to ABC and you need to have them find what you’re looking for.

Filmmaker: Was this always going to be two films?

Erez: It began as a single film project, but it became clear about six months into the process, after we’d had a bit of the movie cut, I realized this was going to have to be two movies. Then I talked to the director and we talked to the producers and the executive producers and it took some time, but after another four or five months everyone was on the same page and it was decided to break up the project into two films.

Erez: The last six films were finished in HD 1080. From that we do a 2K DCP so there’s a slight crop at the top and bottom and we blow it up to full frame 2K. Our next film, it’s going to be either 2K or 4K.

Filmmaker: What will that depend on?

Erez: The director’s wishes. We’ve started a process in the last four years of bringing all of our post-production, from beginning to end, in-house. On my first film in 2010 at Moriah we on-lined and graded at a post-production house in Los Angeles. As computers have become more powerful and storage has become cheaper, we’ve basically migrated everything in-house. Piece by piece we’ve gotten all the parts that we need and we are now ready to finish a film in 2K or 4K in-house.

I think I’m going to recommend a 2K finish vs. a 4K finish for mostly technical reasons, just matters of bandwidth and throughput. But it ultimately depends on what the director and DP wish for.