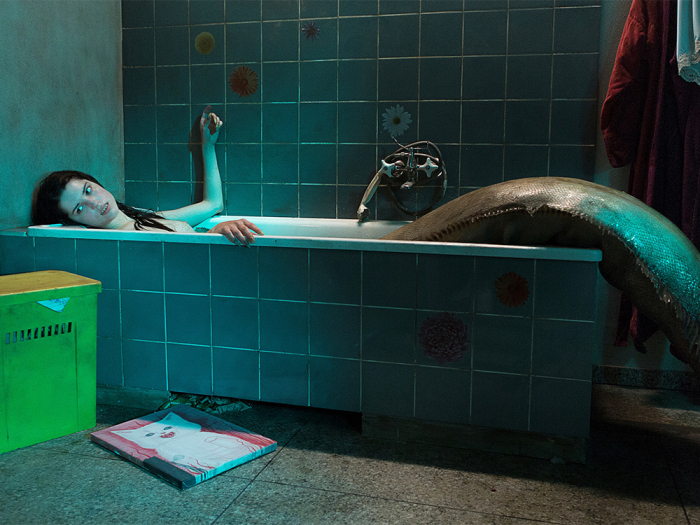 On the first day of the 2016 Sundance Film Festival, before the Opening Night films — a seemingly lukewarm cancer movie and the newest from the ever-prolific Rachel Grady and Heidi Ewing — Robert Redford couldn’t help himself. Although the 79-year-old actor offered boosterism for almost every aspect of the global brand that is Sundance, he was less rosy when discussing the business and culture of independent film itself, which his visionary endeavor has helped popularize for four decades. In 2007, when the specialty divisions of big studios had yet to collapse, or be folded into the larger corporate apparatus of their multinational parent studios, the founder and president of the Sundance Institute had to tell people to “focus on film.” He feared that the kernel of artistic integrity existing at the movement’s nascent stages was being drowned out by reports of every-climbing sales figures and the endless array of branded experiences lining Main Street. (The festival even sold buttons and T-shirts blazoned with the slogan.)

But on Thursday the public face of the country’s most well-known independent film confab, running for 30 years now, was circumspect when assessing the landscape, and the concerns he registered were existential ones. Is independent filmmaking, as it is practiced currently, with more players and less money and ever increasing competition from other forms of entertainment, still relevant in American culture? “Indie film is not in a good place, but it never has been,” Redford said, before noting that the dangers in a business that has always been hard, one in which most fail, are diffuse. “Money is at the core, changing times is at the core, and [there are] other threats that didn’t exist before.”

Well, movies. Plenty of them. On the first full day of screenings at Sundance and the parallel-running Slamdance Film Festival, there were revisionist sci-fi narratives about sinister Soviet plots to infiltrate NASA’s Apollo program (Matt Johnson’s Operation Avalanche, a Lionsgate-backed follow-up to his 2013 Slamdance winner, The Dirties) and low-rent comedies on sexual hangups in middle America (Jeremy LaLonde’s regrettable Slamdancer How to Plan an Orgy in a Small Town). There were documentaries about murderous football heroes (Ezra Edelman’s seven-hour long ESPN doc, O.J.: Made in America) and self-mutilating metal legends who live in seclusion to protect the lives of the innocent (19-year-old Australian filmmaker Jai Love’s by turns boring and harrowing Slamdance doc competition entry Dead Hands Dig Deep). Stunning frauds, both literary (Jeff Feuerzeig’s well-received Author: The JT Leroy Story) and medical (Penny Lane’s wonderfully adventurous, oddly chilling, mostly animated Nuts!), are in vogue. But rest assured, there was nothing like Agnieszka Smoczyńska’s The Lure.

Like Anna Rose Helmer’s The Fits, Smoczyńska’s buoyantly-directed, Warsaw-set musical, screening as part of Sundance’s World Cinema Dramatic Competition, was cast off to the relative backwater of Salt Lake City on the festival’s first Friday due to its premiere status. Stylishly lensed and willing to atttempt grand emotional swings amidst an array of genres, this terse, funny, sorta sad and defiantly weird comedic horror, about a pair of sisters, flaxen-haired Silver (Marta Mazurek) and brunette Golden (Michalina Olszanska), who also happen to be killer mermaids, risks falling flat on its face at least six times. That it never does is a testament to its cast and the filmmaker who shepherded them through. When the movie finally proves genuinely affecting, in a more traditional sense, it seems a minor miracle given all that has come before.

Silver and Golden wash ashore in late-1980s Warsaw, taking on human form after Silver hears a family of musicians playing along the river that they call home. The bass player (Jakub Gierszal) catches Silver’s eye, and the sisters follow him and his folks to their place of employment, a strip club where lively theatrical acts, complete with live music and ornate productions, accompany the titties. The mermaids very quickly become a popular featured attraction, singing duets while encased in what looks to be a giant champagne glass on the seedy joint’s main stage. Normally Silver and Golden only use humans for food, but after they move in with the bass player’s family, coming under the tutelage of its crooner Mom (Kinga Preis) and growing comfortable with this particularly evocative late-Communist scene, Silver starts to develop feelings for the bassist with the curly blonde hair and needy eyes. Although at first he keeps her advances at bay, telling her that despite appearing to be a beautiful woman (at least when she isn’t in water, the only time when her fishtail disappears), he’ll “always think of her as a fish,” eventually a temptuous intra-species love story unfolds that threatens both of their lives; if he loves her and leaves her, she’ll become nothing but sea foam.

The lengths to which Silver goes to become a woman in the traditional sense evoke the struggles of transgenderedness in a way that gives this genre-hopping musical some contemporary thematic heft. “Being ‘the Other’ is a drag” and “love is hell” perhaps aren’t the newest of themes, but they find a thrilling recapitulation in this unusual picture. Constructing a dark bildungsroman from marine legend, erotic vampire narratives, ’80s Polish dancehall culture and the teen-pop-infused sexual rivalries that power a certain strand of YA novel, Smoczyńska’s debut is a one-of-a-kind amalgamation, a picture that will leave some tapping their feet and others blinking at tears. It’s a nightmare you just might want to have twice.