Conversations Between: Sky Hopinka and Theo Anthony Discuss maɬni – towards the ocean, towards the shore

There’s a moment in Sky Hopinka’s 2017 short film, Anti-Objects, or Space Without Path or Boundary, where for just a few frames, a layer of video floats on top of the subtitles. Blink and you’ll miss it, but in those frames something deeper winks back at you. Subtitles often float like oil on top of water; they are in the image but not of the image. But in Sky’s films, language is not a metatext. It’s organic, dynamic, always in the process of becoming something else. Language shapes and is shaped, carries and is carried, by the specificity of the […] 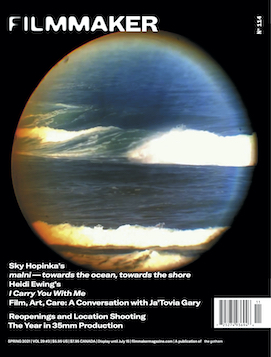 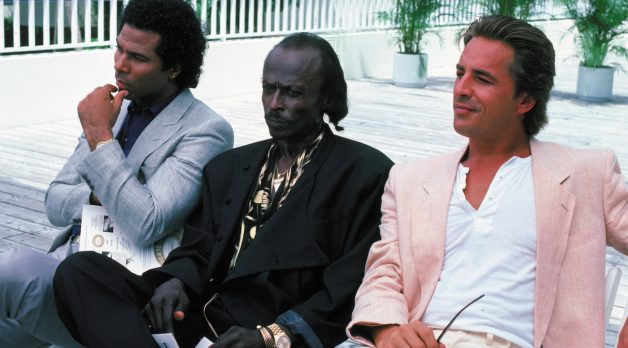 Everybody’s in Showbiz: The ‘80s Downtown Actors of Miami Vice

Between 9 and 11 p.m. on Friday, September 27, 1985, after Knight Rider and before the late local news, one of every five American TV sets was tuned to NBC to see the theatrical impresario who would send his casts into audiences to beg for change, was arrested for indecency after stripping alongside ticket buyers and had disrupted his own trial for tax evasion with spasms of poetry. Julian Beck, cofounder of The Living Theatre, appears in the feature-length season two premiere of Miami Vice as a Mephistophelean financier. Cultured and skeletal—Beck died of cancer before the episode aired—the trickster-god […]