Empire, Nevada, “felt like a town suspended in the 1950s, as if the postwar economy had never ended,” writes Jessica Bruder in her nonfiction book, Nomadland: Surviving America in the Twenty-First Century. The small mining town consisted of four main roads, lined with homes populated by the workers of United States Gypsum, the manufacturer of Sheetrock. Subsidized rents were as low as $250 a month, the company covered TV and internet and, as one resident told Bruder, there were “no gangs, no sirens, no violence.” But economic forces caught up with Empire. In 2011, U.S. Gypsum, a company with a […] 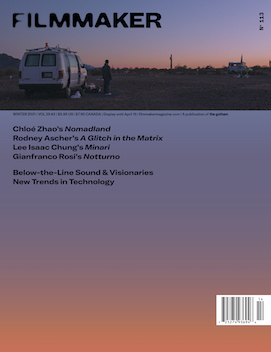 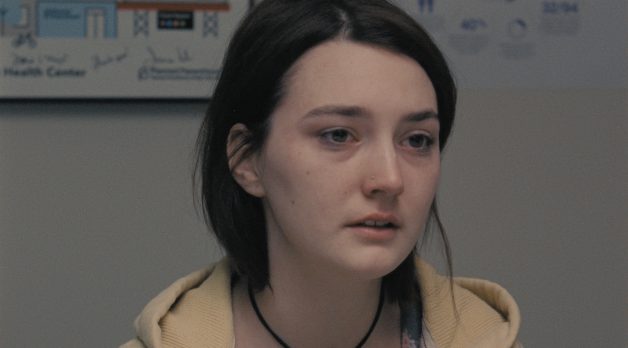 Yes, 2020 sucked. The worst year of our lives finally came to an end, and most independent films and filmmakers, like just about everything and everyone else, suffered. Grand Jury Prize winners were delayed, critics’ favorites were lost and buzzworthy breakouts, briefly the talk of Park City, remained in limbo, waiting for some nebulous future release date when movie theaters might re-open and vaccinated audiences might attend them. Normally, you could look back at a year’s worth of top Sundance titles, examine what became of them in distribution—as Filmmaker usually does—and glean some takeaways about the state of the marketplace. […]

Also: Moving Through the Frame On the Beat Advance Team Echoes From the Past Voices in the Room Arizona Dreams of Justice Editor’s Letter