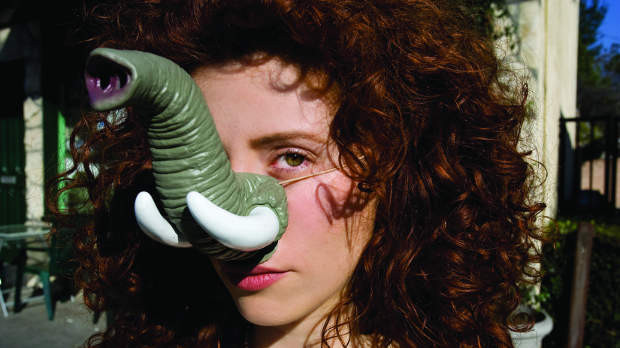 L.A.-based Alma Har’el was making a Beirut music video with the band’s Zach Condon at the Coachella festival when she decided to find a less distracting location. A friend told her about Bombay Beach, the spare, sun-blasted community in California’s Salton Sea, so she hopped in a car with a $600 Canon Vixia camera and shot footage that made it into the video. Then, rather than return to L.A., she stayed by herself in the economically-distressed, end-of-the-world-seeming town, using her DV camera to go a level deeper into not only the lives but the imaginations of the people she met there. The result is a kaleidoscopic documentary, Bombay Beach, that is not only a loving, deeply empathetic portrait of the diverse characters who make up the town but also a beautifully poetic cinematic essay on the power — and necessity — of play and self-invention.

In dynamic, fluid images scored to songs by Beirut and Bob Dylan, Har’el captures surprising, intimate and sometimes sorrowful moments with her diverse subjects, such as a wildly imaginative, bipolar (and overly medicated) young boy and a rogue-ish, aging, ex-oil field worker. And then there are infectiously choreographed dance and fantasy sequences, which are themselves a form of play — bits of performance that reveal for us the rich inner lives of these disenfranchised people.

Bombay Beach premiered in the Panorama section of Berlin before going on to Tribeca, Edinburgh, and Sheffield, and it has produced excitement but also, for some viewers, consternation. What is real and what is fantasy? What was staged and what was captured off-the-cuff? Is the film “true”? “I think it represents a kind of truth,” Har’el replies. “I don’t know if it’s the truth in people, or what people mean when they say ‘truth.’ I was trying to capture certain rounded feelings about life.” She also smarts when people say her film doesn’t look or feel like a traditional doc. “Why can’t you do a documentary, tell people’s stories, and make it look like a [dramatic] film? It doesn’t mean you aren’t making a documentary — it just means you’re using a different cinematic language.’

Har’el’s first job in media was in her native Israel, where she appeared as a TV presenter. When she was cast to host an extreme sports show, she accepted — as long as she could also direct. Later she came to New York where she worked as a club veejay. “I would go to the video store, get tons of movies, and edit them together live, “ she remembers. “I loved seeing the energy of the images, which you can do in a very pure way when they’re projected in a club and there’s no dialogue.”

Har’el says she has two narrative projects she’s developing but they both have elements “that are not necessarily ‘in the genre.’” Going forward she will be served by the amazing visual imagination at work in this debut film. But, she adds, it’s not always about beauty. “So many times we had to cut out beautiful stuff because we felt it wasn’t serving the story,” she says of her editing process. “I almost wish it was like that with people, in life, where you could be like, ‘Oh, this is definitely not working. Let’s take it out and never look back at it again, even though it was beautiful.’ It’s not like that in life, but it’s like that in cinema.” — Scott Macaulay