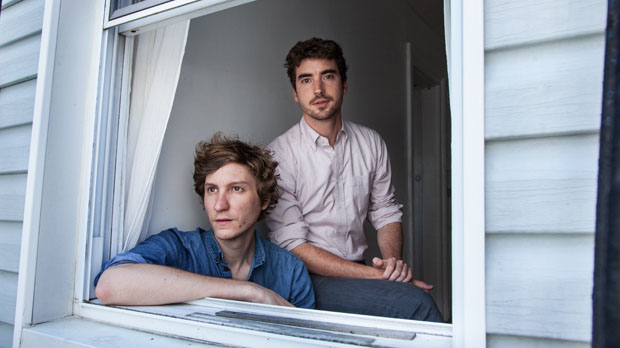 Five years in the making, William and the Windmill, winner of the 2013 SXSW Grand Jury Documentary prize, is the first feature completed by the production team of Michael Tyburski and Ben Nabors. On this film, Nabors is the director and Tyburski the cinematographer, but their partnership extends past fixed production roles or types of work. Half of their week goes to commercial work, they estimate, while the other half is committed to a wide variety of personal projects. “We don’t respond well to the idea that people say, ‘I do this to pay the bills,’ because we care very much about the commercial work that we do, and we learn from it,” Nabors says. “We’re fortunately in a position where we’re pretty discerning about the work we take.”

Tyburski grew up in northern Vermont, Nabors in North Carolina, and the two met in Brooklyn, where Nabors had been shooting videos for LVHRD parties. William came about after Nabors saw a TED talk online by his subject-to-be, William Kamkwamba. In 2002, Kamkwamba helped his Malawi village out of a drought by constructing a windmill from discarded junk parts. After speaking at TED five years later about his experience, Kamkwamba attracted the attention of conference director Tom Rielly, who offered further support. The film picks up as Kamkwamba deals with his new status: he writes a book, signs away his life rights to Chiwetel Ejiofor for a film and attends school at the African Leadership Academy and Dartmouth, all while exuding polite but palpable discomfort with the attention being directed at him. Seven terabytes’ worth of raw footage was whittled down to 100 hours of usable material, ending up as a feature just less than 90 minutes. It’s a largely traditional vérité film, with Nabors often heard off-screen lobbing questions, reminding us that both Rielly and the filmmaker’s motives and involvement should always be in question.

On Palimpsest — a short directed by Tyburski that premiered at Sundance 2013 — the two share writing credit, while Nabors also produced. “It was definitely very much our mutual collaboration,” Tyburski notes, “the result of a lot of late nights and long breakfasts talking, conceiving and then executing.” The result is an atmospheric narrative short about a “house tuner” (a sort of sonically oriented apartment feng shui specialist). Whittled down from ideas Nabors had for a full-length film, the resulting short was well-received — at Sundance, lead actor Joel Nagle received a Special Jury Prize — and the duo are now actively working to expand it into a feature. Another forthcoming collaborative effort is a documentary about a Brooklyn rooftop farmers’ group (logically called Brooklyn Farmer), a medium-length effort directed by Tyburski and produced by Nabors that’s close to completion. But the two have no plans to be pigeonholed as narrative or documentary filmmakers. “I’m trained as a narrative filmmaker,” Tyburski says, “but even the narrative work utilizes some documentary techniques.” —V.R.