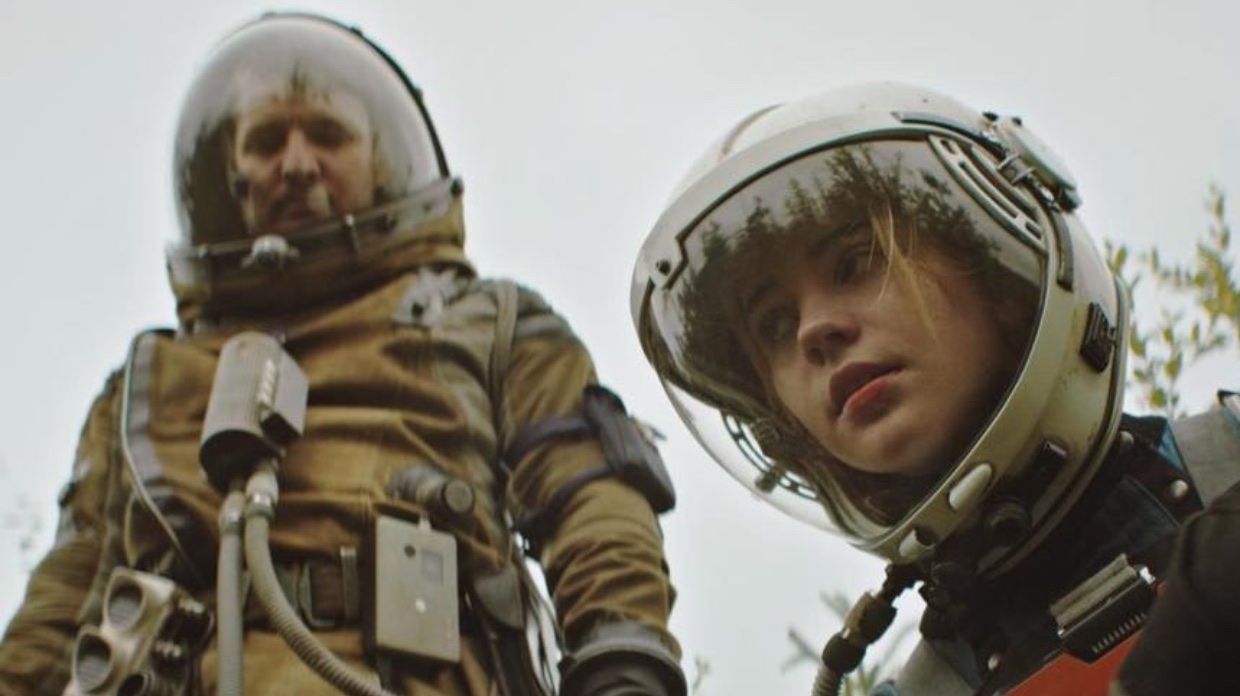 SXSW, with its tens of thousands of tech enthusiasts and thousands of filmmakers and film fans, kicks off tomorrow with a typically sprawling program that mixes independent discoveries with coolhunting studio films, cutting-edge genre work with artistically-minded episodic series. As always, there is a lot we are excited about seeing, beginning with these 25 films you might put a little digital star next to in your festival app.

Garry Winogrand: All Things are Photographable. The great Garry Winogrand — depending on the day, my favorite photographer — is the subject of Sasha Waters Freyer’s documentary, which happens to be the first ever on this important American artist. With 400 or so full-frame Winogrand photographs and interviews with family and friends, Waters Freyer’s doc — which started as an independent Kickstarter-supported production before finding a home at American Masters — is sure to provide revelations into the life of a man whose frenetic “photograph everything” working method is astoundingly relevant in this Instagram age.

1985. Another expansion of a short, Austin filmmaker Yen Tan, a master of delicate emotions, returns to the festival just two years after his period short dealing with a young man venturing back to his conservative home from New York to connect with family and friends during the AIDS crisis.

Jinn. Having selected writer/director Nijla Mumin for our 25 New Faces list this past year on the basis of strong early footage, I’m tremendously excited to see the final version of this story of a 17-year-old black girl experiencing a new romance while negotiating her mother’s conversion to Islam.

Thunder Road. I guess there’s a theme here — shorts to features, because here’s another. Expanding his Sundance-winning, Springsteen-driven short in which a cop sings the titular song at his mom’s funeral, Jim Cummings — who appeared on our 25 New Faces list as part of the Ornana collective — expands his hilarious work into a story of a father raising his daughter in the spirit of his late mother.

A Vigilante. Filmmaker, poet and writer Sarah Daggar-Nickson makes her feature debut with an Olivia Wilde-starring work that couldn’t be more timely. It’s about a female vigilante, an abused woman herself, whose practice is to track down the domestic abusers of others.

The Bill Murray Stories. I’ve previously written on this site about my own encounter with Bill Murray when I was a 15-year-old high school journalism student visiting New York and he was at the height of his SNL fame. Murray imitating my blue-haired journalism teacher in the lobby of the Plaza Hotel is a moment I’ll never forget, and, apparently, Tommy Avallone’s documentary contains many such stories of Murray’s quite lovable public insanity.

Take Your Pills. Alison Klayman made our 25 New Faces list in 2011 while her superlative doc Ai Wei: Never Sorry was in production. Now she changes gears entirely with a story about our society’s dependance on drugs like Ritalin and Adderall using a mixture of animation, graphics and archival.

Relaxer. I’m old enough to remember Y2K, which was a thing. I mean, we all really did nervously await midnight and wonder if streetlights would flicker off, our PCs would crash, and entire power grid would fail. Michigan independent Joel Potrykus summons up those feelings of dread with his latest, that, from its writeup, seems a scabrous, darkly hilarious mash-up of dystopian retro-fiction and rancid video game fandom.

Condor. Sidney Pollack’s Three Days of the Condor is one of my all-time favorite films, and if it’s one of yours too, think about the scenes those five words of its title summon in your mind. There’s probably the best rumination on death ever in a film in melancholy hitman Maximillian Schell’s monologue. There’s Redford’s character realizing that Faye Dunaway never shoots people in her photographs. And then that final exchange between Redford and Cliff Robertson, in front of the New York Times: “How do you know they’ll print it?” Will there be any moments as sublime as these in this updated TV adaptation for the AT&T Audience Network, whatever that is? Probably not, but I’ll check it out anyway just in case.

More Human than Human. Lance Weiler wrote a bit about this new documentary from Tommy Palotta and Femke Wolting in the next print issue of Filmmaker. In what might be a rejoinder to James Schamus’s and Cathy O’Neil’s conversation about algorithms in the Fall, 2017 issue of our magazine, Palotta builds an AI robot to render himself as director obsolete. Does it work? We’ll have to see the film to find out. 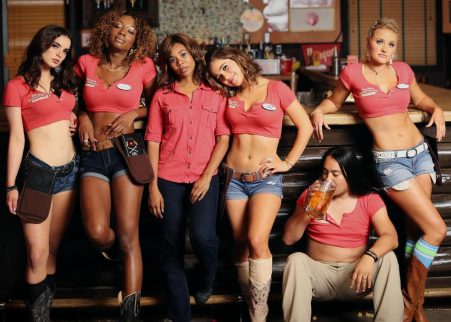 Support the Girls. Magnolia has already picked up the latest from Andrew Bujalski, Support the Girls, and if you’ve glanced at the photo released to the press you’d be perfectly forgiven for not gleaning that this is indeed an Andrew Bujalski film. It stars Regina Hall as the general manager of a Hooters-esque franchise named Double Whammies just trying to make it through a day while being “battered from every direction.”

The Last O.G. Fresh off his Oscar win, executive producer and screenwriter Jordan Peele travels to Austin with director Jorma Taccone to premiere this Turner Broadcasting series starring Tracy Morgan as a ex-con confronting a changed world, sons he didn’t know he had, and more.

Perfect. There are a lot of 25 New Faces among these picks, but one whose name you may not place is Eddie Alcazar, who appeared on our 2011 list. A former game designer whose credits include work on Medal of Honor, Alcazar was working on a science-fiction feature called OOOO that we got to see a mindblowing little bit of when we put him on the list. As far as I can tell, that film was never completed. (It’s still listed as “announced” on iMDB.) He has made a couple of shorts, though, and now, working with executive producers who include Flying Lotus and Steven Soderbergh, has made a proper debut film. Reads the logline, “A young man with a violent past enters a mysterious clinic where the patients wildly transform their bodies and minds using genetic engineering.” I’m there.

From All Corners. I know nothing about this world-premiering doc from Japan by Ryusuke Okajima, who previously studied film at Santa Barbara City College. But in this era of Swedish Death Cleaning, The Magic of Tidying Up and other Philosophies of Stuff, a personal doc about the relationship between man and objects — specifically, recyclable cardboard wallets — sounds invitingly offbeat.

Alt-Right: Age of Rage. Adam Bhala Lough (um, er… a 25 New Face) returns after a series of controversial docs on subjects ranging from cryptocurrency to 3D-printed guns with this look at the Alt-Right and the Antifa in the months leading up to Charlottesville. It’s described in the catalog as “a hard-hitting expose, investigating major players on both sides of the battle” (because, you know, there are some very fine people on both sides).

Paradox. “Time is fluid in this far-fetched, whimsical western tale of music and love,” reads the catalog copy. And how could it be otherwise in this movie directed by Daryl Hannah and starring Neil Young, with music by Neil Young and Promise of the Real, produced by Young under his Bernard Shakey pseudonym, and sure to slot in alongside loopy trips like Human Highway and Greendale. Netflix has just picked this one up.

The Gospel of Eureka. Their first feature following their transporting October Country, Michael Palmieri and Donal Mosher return with this new doc about evangelical Christians and drag queens co-mingling in a Southern town. Narrated by Justin Vivian Bond.

The World Before Your Feet. Director (Who is Henry Jaglom?) and top-shelf trailer editor Jeremy Workman has made a doc about a man who, over six years, has walked every block in New York — over 8,000 miles. Why? Presumably the doc will explain while also dazzling us with Workman’s sumptuous technique.

A Conversation between Olivier Assayas and Rick Linklater. Two of the best talkers in the world of cinema — filmmakers who have also have shot some of the best talking scenes in cinema — sit down and gab at SXSW.

Nonny de la Peña. If there’s anyone who deserves the title of a visionary in the field of virtual and augmented reality it’s Nonny de la Peña. Her often political work provokes real moral consideration in viewers and was a major influence on the Alejandro González Iñárritu’s Carne y Arena, which just won a special Oscar. Peña is now tackling the VR challenge du jour: room-scale VR. Hear her talk about it in one of the SXSW Keynotes.

Barry Jenkins. Another director who’s a great talker is Barry Jenkins. Take it from me. (“I like avocado toast!”) His follow-up to the Oscar-winning Moonlight is the James Baldwin adaptation If Beale Street Could Talk, and it’s our most anticipated movie of the year. Maybe he’ll say something about it.

Brewmaster. For over 20 years, producer and director Doug Tirola of 4th Row Films has admirably and steadily managed to make a real sustainable career working in independent film. He’s produced films like Kate Plays Christine and directed pictures like Drunk Stoned Brilliant Dead and Hey Bartender and, back in the day, he wrote this seminal article for us on pitching studios that still provides great advice. With Brewmaster, Tirola extends his libations-focused filmography with a doc set in the craft beer community.

The Shorts. I don’t have specific picks here yet, but Claudette Godfrey and her team always produce a stellar lineup of short-form work each year. There’s usually a disproportionate amount of 25 New Faces emerging from the SXSW shorts programs, so check them out and discover these filmmakers before we do.

Don’t Leave Home. Following his retro vacation comedy Ping Pong Summer, Texas-based independent Michael Tully radically changes gears with Don’t Leave Home, an Irish set horror-drama starring Anna Margaret Hollyman as an American artist whose work based on Irish legend winds up drawing her towards a deadly artistic mystery in that country. Tully’s previous work has included work that has had some horror flourishes — Septien — for example, but this should be a more classical narrative than he’s tackled before, and it’ll be fascinating to see how he handles it.