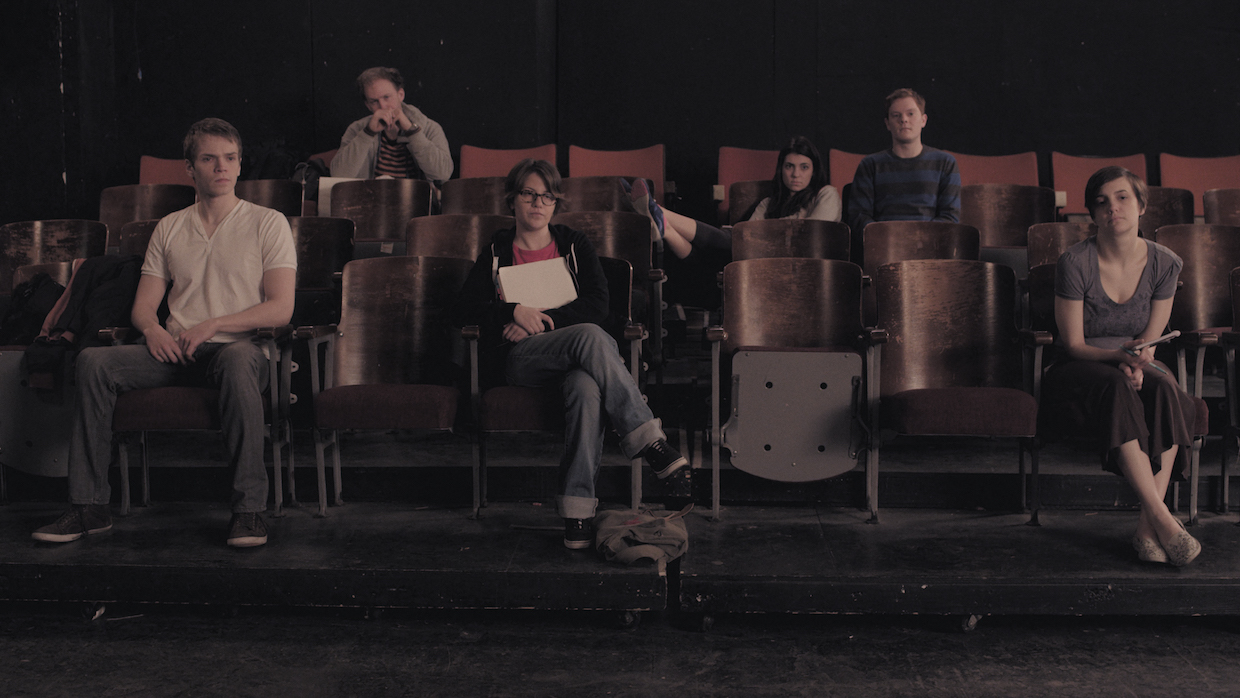 On the first day of any given screen-acting class at Northwestern University, it’s not uncommon for me to be facing down a bifurcated group of eight theater students and eight film students. As I sit on the receiving end of nerve-wracked glares, listening to introductory tales of middle school plays and high school short films, of little to some to no experience, I seek to comfort and calm with one simple statement: Everything you need to know about film acting you can learn in 30 seconds. It’s only now that I realize I’ve been lying to them.

It is one of the baffling paradoxes of American arts academia that many, if not most, theater departments tend not to provide screen acting courses for their student actors, nor do film departments provide opportunities for their directors and writers to practice the back and forth of working with a live human performer. This stubborn adherence to a narrow set of departmental traditions is especially maddening, considering that each side will require the other for the rest of their lives.

For the past six years, I’ve been fortunate enough to teach for an institution (specifically, Northwestern’s School of Communication) that cares about the crossover. If this were not the case, I—a self-taught filmmaker with a theater degree—would not have a job. The reason for the exhilarating mix of theater and film students in these classes is that both RTVF (radio/television/film) and the department of theatre fall under the school of communication banner, and each shares a profound interest in making sure that both performer and technician leave the school equipped to bridge the actor gap.

I’ve previously written in these pages of my journey from South Carolina theater major to Chicago-based filmmaker, and it’s only after about five years of traditional day-jobbing and film- and theater-making in Chicago that local actor Matt Decaro recommended me to a small outfit called Act One Studios. This led to various smaller teaching jobs at organizations like Second City, Acting Studio Chicago and Chicago Filmmakers, and in the span of a year or two, I was piecing together a living from teaching (dropping in occasionally to freelance for my beloved Paskal Rudnicke Casting). I could not in that moment recall a single syllabus, agenda or lesson plan from my own training as an actor, and yet, somehow, I felt confident I could pull it off. It’s worth stating that at this point I’d made two shorts and three features, and so I must have thought: I’ll do it like that.

In 2013, after making a handful of films, proving myself a reliable teacher of actors and founding the improvisation-based incubator Cinema Lab at Acting Studio Chicago, I was approached by Northwestern to teach classes in its new Acting for the Screen module (think of it as a track, not quite a minor), a joint effort between the theater and film wings of the school of communication. Suffice it to say, no teaching experience could better reflect my own experience as a student actor and cinephile than the one I’ve joyfully been tasked with in Evanston. And, in fact, quarter after quarter, there is a palpable and collective sense of relief when the students learn that I am, in fact, one of them.

Back to that first day lie. What I actually mean when I exclaim that everything can be learned in 30 seconds is this: Everything you need to know about naturalistic film acting you can learn in 30 seconds. I stand by this. Every one of my introductory acting classes begins with a long-form improvisation in which the students play themselves in an audition waiting room setting. I might give them a piece of backstory or two, but in general, I advise them to play themselves in “security camera”/borderline documentary fashion. Watching it back, the students are astonished at how instantly everyone clicks into an effortless naturalism, how little they have to perform for the camera, and how fascinating it is to watch a person react or listen to another. And yet, it’s easy to mislead with an exercise like this: Once written text enters the picture, it becomes just as instantly apparent that it’s not easy to be so effortlessly natural when the script and character have been preconceived. And indeed, as actual scenes from actual movies are integrated into the class, the students find themselves stumbling back into Actor-y territory but always with the guiding light of that first long-form improvisation.

There isn’t one way to teach screen acting. I’ve heard tell of instructors who combine lecture and workshop, devoting a decent percentage of any given course to relaying the various modes and histories of American screen acting, from silents through Golden Age to Method and latter-century realism, and I do think there is value in that. In a standard class, time also might be given to marking the beats, intentions, and actions in a scene, providing a definitive and specific road map forward. Perhaps because I’m a self-taught filmmaker who doesn’t (contrary to my theatrical education) rehearse my films, there is very little in the way of theory, method, terminology or traditional academic study in my own classes. On my own academic island, I stubbornly press forward with a belief that 99% of any given acting class should consist of actors acting and, specifically, in my own case, almost literally mirror my collaboration on an actual film set.

After that initial improvisation, I begin assigning scenes from pre-existing material, which are workshopped in one or two camera rehearsals followed by wide, medium and close-up shots, a take or two each. I begin the workshop process with pre-existing scenes from micro-budget American independent screenplays by everyone from Frank V. Ross and Zach Clark to Amy Seimetz and myself, fly-on-the-wall scenes that allow the experienced and the inexperienced to enter into scripted narrative subtly and loosely. From there, we enter slightly more polished, plot-driven territory, tackling scenes from films as varied as Tootsie, Superbad and The Social Network. Round three takes us into TV, the good and the bad, with scenes from Buffy the Vampire Slayer, CSI, Six Feet Under, Pretty Little Liars, and occasionally, even a failed oddity like the recent American Gothic. Finally, as the quarter comes to a close, I send them commercial copy and put them through a mock audition scenario. Throughout, I am working with them in the moment to keep things spontaneous and alive, focusing more on rhythm, color and emotional commitment than specific line-readings or underlying motive. (Of course, there are exceptions when need be.)

As we press on from workshop to workshop, a strange and wonderful thing begins to happen: As the scenes morph from style to style, era to era, the students will find, sometimes to their surprise, that they inherently understand the tone of the piece—when to be subtle and natural, and when to be heightened and stylized. This happens without any significant discussion of tone or style, and the only way I can explain this phenomena is that when you endow a performer with confidence, and create an atmosphere in which a student is charged with meeting a scene or a piece of text where it’s at, they know what to do.

Despite this freewheeling process of empowerment, I would not declare myself a passive instructor. I would be remiss in pretending I’m not guiding them and making adjustments along the way. There are moments, class after class, where I have to jump in and ask someone to back down and cut the effort in half or, alternately, “do it at 9 rather than 4.” But, while we’re playing with numbers, this takes place during only about 25% of the class. Mostly, it’s about creating a space for self-exploration and repetition. Along the way, too, I’m providing them with a running commentary of industry practicalities and real world anecdotes.

I am, of course, haunted by questions and doubts: Surely, there is a downside to a class consisting entirely of positive reinforcement rather than critical evaluation. Am I getting effortless work at the cost of interesting work? Am I encouraging a lack of preparedness in my almost complete neglect of scene study, my ignoring of beats and actions and objectives? By creating a sort of classroom utopia, am I adequately equipping them to deal with a real world set led by an asshole who doesn’t know shit about actors and acting? I can only hope that what I’m attempting to give to them—namely, an innate confidence in their own ability to show up and play with the best of them, and a profound belief in their own value, a conviction that they are enough and that they are more interesting than any imagined character—will send them soaring into an ever-changing cultural field with an understanding that nothing is proscribed and anything can happen.