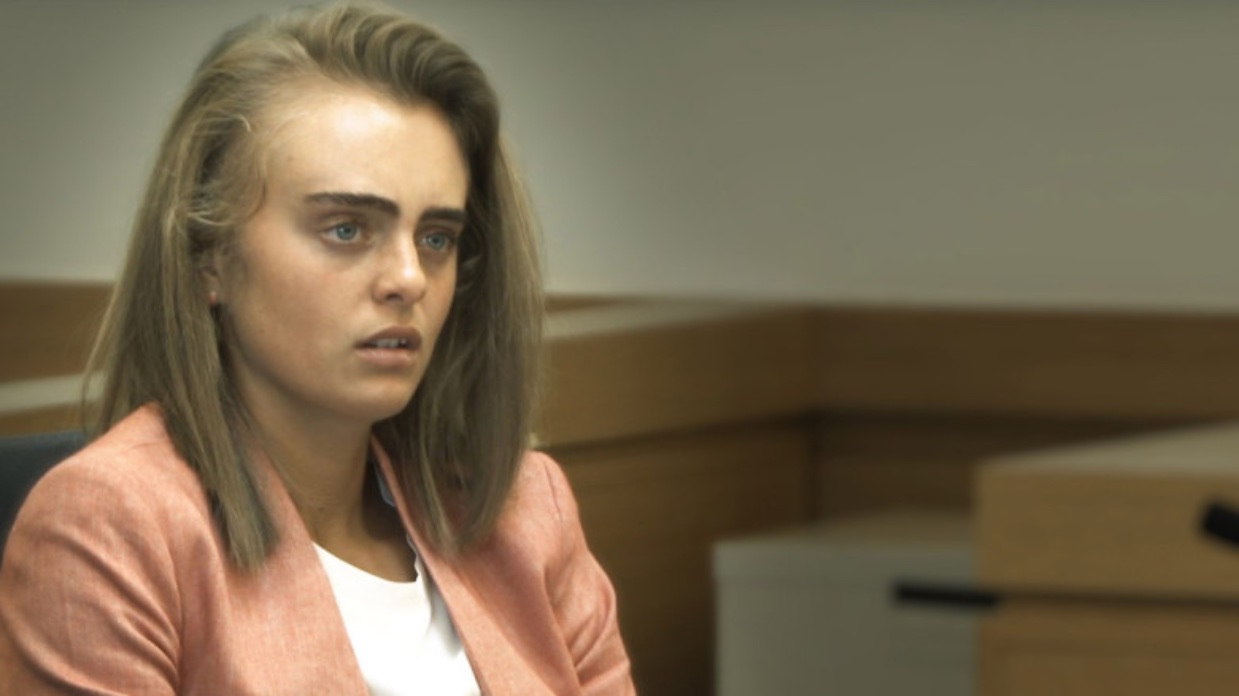 I Love You, Now Die

True crime has been having a moment, as they say, for a while now. In a way it’s never not been having a moment, but the genre has rapidly evolved in the digital age, when more information is available to more people, when conspiracy theorists run wild on Reddit and 4chan, and when there’s simply more content being produced. All this means not only more crime content, but also shows and movies that are more thoughtful, more creative, and even more conscious of ethical or moral quandaries that may crop up in the process of covering true crimes.

The panel “Killer Ideas,” at IFP Week 2019, brought together a mix of the old guard and the new. The former was represented by Joe Berlinger, whose Paradise Lost trilogy helped free the wrongly convicted West Memphis Three. The latter was repped by, among others, Erin Lee Carr, barely in her 30s but already a prolific non-fiction chronicler with a yen for enjoyably lurid titles — Mommy Dead and Dearest; I Love You, Now Die: The Commonwealth Vs. Michelle Carter — that clash with the careful and forward-thinking ways they’ve been assembled.

“I think a lot about the true crime genre — how to elevate it, how to make it thoughtful,” Carr said. “I think everyone is always talking about a renaissance of crime, but crime has always been good, especially at HBO. How do we continue that thoughtfulness? How I look for stories is: Does it have layers? Is there a societal impact? How many people can I talk to? Can I talk to the victim and the perpetrator? And can I talk to them in equal measure?”

Carr sees the last part — giving equal time to both sides of a crime — as a new development within the genre. “For a long time it’s been about the perpetrator, because we are obsessed with evil,” she said. “I mean, I am personally.”

True crime still has to be Manichean. “If you don’t have an antagonist and a protagonist, you can’t have a film,” said Rod Blackhurst, who helmed the Netflix original Amanda Knox, about an American woman who was acquitted after spending four years in an Italian prison for murder. Still, he advises taking the time to get it right. “It took us four years to find our antagonist to our protagonist.”

Berlinger doesn’t want to tell viewers what to think, even if his films do lay out an argument. “You have to treat the audience like a jury — allow them to weight the pros and cons,” he said. “That’s a more emotional experience for them rather than them being lectured to passively.” That may mean some audiences don’t get your intended message. “A good 20% of the people who saw Paradise Lost thought they saw a film about wild teenagers who must have done the killings. But the 80% who thought they saw a film about wrongful conviction came to that conclusion themselves because the filmmakers were not afraid to put in stuff that made them question what happened.”

Carr hates when viewers don’t get what she was saying: “People ask me, ‘What do you think about Michelle Carter?’ I’m like, ‘I just gave you 140 minutes to tell you what I thought! I’m not answering that question.”

Still, a serious crime documentarian can never be completely sure. One has to question everything, especially when starting out. “I’m always checking myself, because I bring biases to any story,” admitted Skye Borgman, director of Abducted in Plain Sight. Whenever she first hears a case, she sometimes finds herself believing such-and-such a verdict. “I have to catch myself and say, ‘Wait a minute, why are you thinking that? Because someone told you to think that?’ That’s when I realize I need to look at this more closely. There have been times when I read something or go do some research, and it’s absolutely not true.”

One problem with documenting crime is this: It takes forever. It can take months, years to get a key subject to agree to an interview. Other times people aren’t allowed to talk due to an ongoing investigation. One must plan accordingly. “I always have six things going on,” Carr said. It can be hard to persevere. “I have a notecard above my desk that reads, ‘Just keep asking.’” Sometimes she doesn’t get access to her subjects, as was the case with I Love You, Now Die, which she had to make without any original Michelle Carter material. “Access is so wonderful, because you can really get to the heat of the story. But when you don’t have it you have to think outside the box and rely on a different form of storytelling.”

It’s easy for true crime creators to turn exploitative, to sully their subjects for a juicy story, or simply to become an invasive pest. “I’m constantly aware of the hypocrisy of what we do because, god forbid I would ever have a tragedy, I would never allow filmmakers [into his life],” Berlinger admitted. “You’re entering into people’s lives at their worst moments, and you have to be sensitive to that. But you also have to be a guardian of truth.”

Berlinger recalls a lesson he learned when he and his late creative partner Bruce Sinofsky made their feature debut, Brother’s Keeper. The subject was a group of brothers who lived on a farm in upstate New York and were accused of murder. They were illiterate, not part of mainstream society. They barely knew what movies were. He and Sinofsky took several trips to spend time with them, leaving the cameras in the car, helping them out on their farm, and just making sure they were used to them before they started to document their lives and the case for posterity.

Another lesson came when making the first Paradise Lost. This time he and Sinofsky spent time with the families of the victims, earning their trust, and at a time when they all believed their eight-year-old sons were murdered by devil-worshiping teens. Slowly they realized the three suspects were actually innocent, and their film changed. When they saw the finished product they were floored that it questioned the three teens’ conviction. Eventually two of the families came to agree with Berlinger and Sinofsky, but the other, to this day, has not. When the third Paradise Lost was nominated for an Oscar, they wrote an angry letter to the Academy, claiming the filmmakers manipulated and misled them, and that the West Memphis Three should never have been released.

“Sometimes friendships and relationship and expectations get very, very messy,” Berlinger said. “At the end of the day you have to sit in the editing room and tell the story you think you have to tell, regardless of those relationships.” But he gets it. “The healing process is predicated on closure, and that justice has been served. As filmmakers we came in and upset that. I sympathize with the pain we created.”

Covering true crime can leave a hell of a toll. Berlinger recalled how, when making the first Paradise Lost, he’d come home to hold his young child after a day of looking at graphic, soul-destroying crime scene photos. “I felt like somehow my fatherly innocence had been robbed from me,” he said.

For Carr, she found switching from male to female perspectives helped. “I found the psychic damage was a little bit less with me with women,” she said. Here’s some more advice for enterprising crime filmmakers: “Get a therapist, get a dog, or pet a dog. And do not regale your boyfriend or girlfriend every night with the horrible autopsy photos you’re seeing, because they will break up with you. That’s not for them — at least in my particular case.”

Crime shows and movies may be everywhere now, but it’s a double-edged sword. “On the one hand there’s never been more opportunity. There’s never been more content being produced,” Berlinger said. “But it’s harder to cut through and achieve your objective. With Paradise Lost, we were blessed. It was rare to see a tangible result of your work, like people getting out of prison. I’m not sure I’ll ever see that again.” He cites his Starz show Wrong Man, which covers wrongful imprisonment with every episode. He’s sure no one’s heard of it. “People watch it, they comment on it, but it’s not having the impact that Paradise Lost has, where it actually moved the needle. It got people out.”