“Amy Heckerling Should be Thought of as a John Hughes!”: Words of Wisdom from the SCAD Savannah Film Festival’s Wonder Women Directors Panel 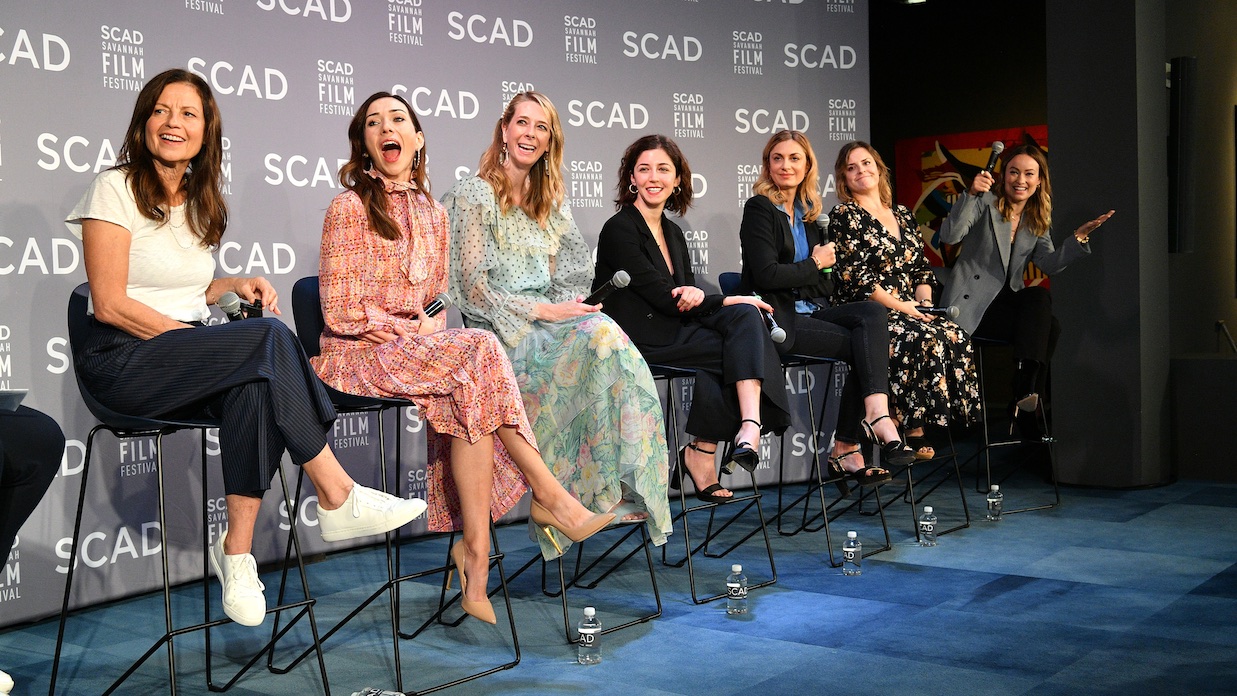 by Lauren Wissot
in Directing, Festivals & Events
on Nov 8, 2019

Once again, this year’s not-to-be-missed event at the 22nd edition of the SCAD Savannah Film Festival (October 26-November 2), the nation’s largest university-run film fest, was the Wonder Women Panel Series. Now in its third year, these always informative discussions highlight female power in the cinematic arts, from directing, to producing, to writing, to the below-the-line crafts. And for me one of the standouts was Wonder Women: Directors, featuring seven ladies behind the lens currently upending every preconceived notion about chick flicks in impressively eclectic ways.

Saperstein began the conversation by expressing her optimism about the future of female filmmaking. (Indeed, the festival itself impressively screened over 50 women-helmed films at this year’s edition.) But she was eager to hear whether the female directors themselves were feeling hopeful. Wilde — who was also in town to accept the Rising Star Director Award in addition to screening Booksmart — answered affirmatively, saying that “the numbers don’t lie.” Women are showing up at theaters for stories made by women for women, which can only encourage studio heads to sit up and start green-lighting these projects. She foresees “a complete change in the industry,” noting that she’s now working with female gatekeepers who don’t see women directors as a risk.

Mancuso likewise had relied on other women to climb up the ladder and into the directing chair. Originally an economics major, she got her start in television, working as a script supervisor on Roseanne. It was Roseanne Barr who exclaimed, “Go ahead!” (in her characteristically Roseanne tone) when Mancuso nervously approached the controversial star about the possibility of directing an episode. “People don’t know what you want to do until you tell them,” Mancuso added.

Interestingly, the Greener Grass duo took an even more surprising route to their first feature — through an anonymous donor who simply provided funding after seeing their short films. For Attanasio, though, her love of performing was key. (Notably, several women onstage had cut their teeth as actors first.) She also cited Janet Pierson at SXSW as a crucial champion, stressing that “I owe all of this to Janet.”

Clermont-Tonnerre, likewise an actor (though as a child in France), similarly cited the importance of indie film institutions — in her case the Sundance Labs, which accepted The Mustang and wholeheartedly supported it. She then stressed that it was women who had pushed and fought to make it happen.

As for York, she found her way through producing, which she excelled at, making a whopping six films in three years. Having built up a track record it was easier to convince others to take a chance on her. Which caused Wilde to theorize that acting and producing backgrounds actually make for better directors. Wilde first tried her directing hand with music videos — created on her iPhone — which she likened to writing a poem (in their nonlinear format, as opposed to features which are “more like novels”). She cited filmmaker Reed Morano, who she had worked with as both a producer and a star on Morano’s Meadowland, as one of her early champions, emphasizing that the cinematographer-turned-director was a “barrier breaker.” When Morano wanted an “elephant in the Bronx, we got her an elephant in the Bronx.” As Morano herself had advised, “Pitch the movie you want to make – not the movie you can make.”

Saperstein then wanted to know about sophomore projects, astutely pointing out that far too many women don’t get to do a second film. Will that ever change? Are women penalized for not performing at the box office in a way that men are simply not? Wilde answered by decrying the fate of Amy Heckerling, who was put in “directors jail” even though she’s an icon. “She should be thought of as a John Hughes!” she exclaimed. York then lamented that she’d had lunch with a manager just a few weeks back who said he wasn’t currently pitching any female projects.

Which prompted Saperstein to ask Wilde if Booksmart was “too female.” Wilde responded that because her gatekeepers were all women the issue initially didn’t come up. She only heard that particular criticism after the film didn’t perform at the box office as well as certain male-demographic films had. A frustrated Clermont-Tonnerre followed by mentioning that she’s currently putting together a really exciting film starring four women, and “no one really cares.” That said, she still felt there was more gender parity in America than in Europe. The European fests — Cannes and Venice in particular — lag far behind when it comes to spotlighting women behind the lens.

The Greener Grass team, whose feature premiered at Sundance after the short version won an award at SXSW, emphasized that for them festivals made a huge difference. Sometimes in strange and unexpected ways. Even as all of their short films were being rejected by Sundance, they later learned that several programmers there were enthusiastically tracking them. To which Wilde firmly agreed that festivals create opportunities, and “facilitate new content.” She knew in her heart that Booksmart was a “SXSW film” even as the focus groups were telling her it wouldn’t work. Wilde was convinced it needed a festival audience — one “excited by newness.” Something the risk-averse studios, of course, frown upon.

Saperstein then turned to Mancuso for the scoop on the state of TV. The director posited that the landscape is changing now that streaming behemoths like Netflix and Amazon are providing healthy budgets. Having spent the last three decades directing television she was also grateful that, “Every day I’m able to practice my craft.” This was what made her comfortable crossing over to feature-length work. She then urged all of the aspiring filmmakers in the audience to direct a commercial or “a music video on your iPhone like Olivia.” “We need more female cinematographers too,” Mancuso added, as well as female craftspeople at every level.

Which caused Saperstein to ponder whether gender parity was extending below the line. Wilde boasted that over eight department heads on Booksmart were women. And then emphasized that producers cannot hire based on resume since “the system is not set up to hire women” (nor people of color for that matter). Decisions must be based solely on merit. “Hire based on skill,” she stressed. Which prompted Mancuso to mention that she’d employed her female stunt coordinator as a second-unit director even though she didn’t have any experience in that area. Mancuso found it quite gratifying to be able to give a talented woman her first directing credit.

Upon opening up the questioning to the audience, one student asked about being hired as a woman “to fill a quota” rather than based on talent — specifically whether that was acceptable. Clermont-Tonnerre seemed adamant about grabbing all opportunities regardless of any dubious motive behind an offer as every job gives her another chance to prove her worth.

Wilde concurred, noting that “Disruption requites awkwardness.” “Walk in and take over!” she then exclaimed to enthusiastic response. She also gave a shout out to Amy Schumer, who believes,“We’ll achieve true equality when women can make a bad movie and it’s no big deal.”

As for pitching those projects to nervous investors, she suggested that it helps to think, “You’re solving their problem.” That alone affects the way you carry yourself, which in turn puts the powers that be at ease. She added that as a director it helps to think of oneself “as a general” because “actors smell fear. They want to feel safe.” Always “be definitive” — but never forget that filmmaking is a collaborative effort.

As the panel wound to a close another young attendee wondered whether “personal films” are more sellable. Wilde replied that the point is moot. No matter the story it becomes yours, transforms into the personal. “I don’t think Scorsese had all his films happen to him.”