“It Was Supposed to be Confusing and Nonsensical”: Editor Lance Edmands on Cryptozoo 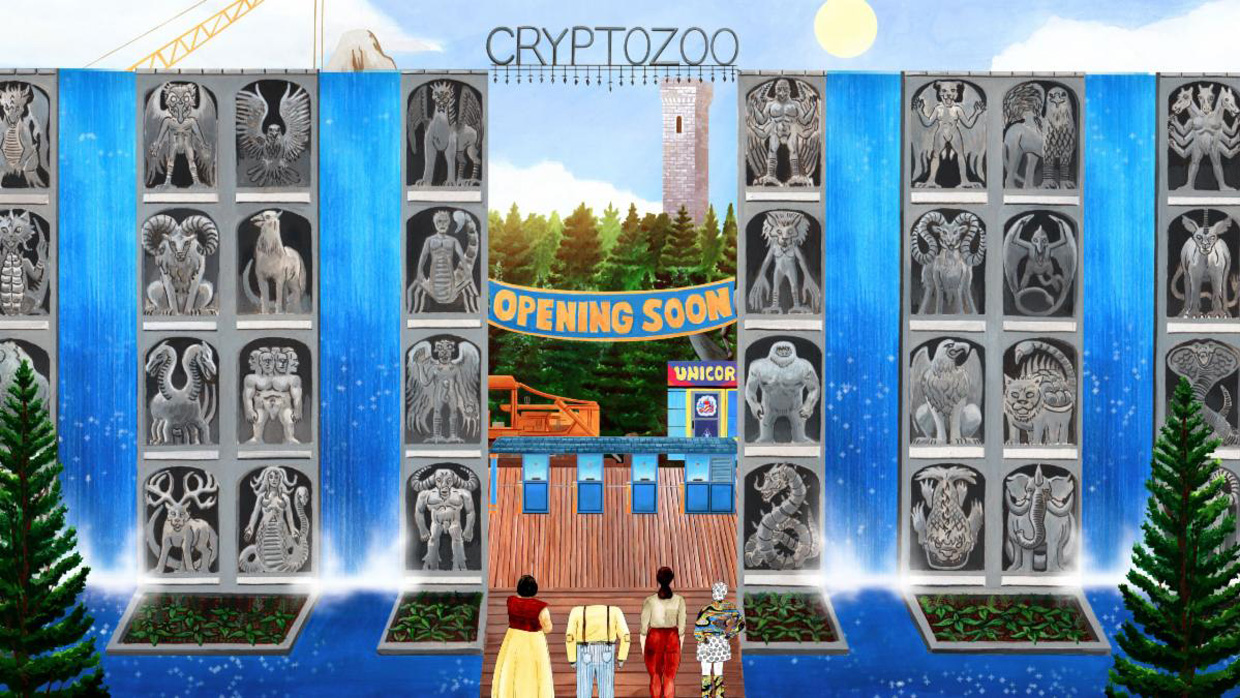 Dash Shaw’s adult animated feature Cryptozoo is a surreal romp into the world of cryptids, mythic creatures whose existence are debated. After stumbling on the titular Cryptozoo, an eclectic team of individuals set out to capture a dream-eating creature called a Baku. Editor Lance Edmands tells us of the unique struggle of balancing dream logic and streamlined editing that went into the development of Cryptozoo.

Edmands: I became friends with Dash Shaw at the Sundance Directors Labs in 2010 when I was there with my feature Bluebird and he was there with another animated project. When he began the process of making his first movie, My Entire High School Sinking Into the Sea, he called me up. Our films also share a producer, Kyle Martin. That project was such a unique and interesting collaboration, so when he showed me his first drawings for Cryptozoo I knew I had to be involved with this one, too. Alex Abrahams had also worked on the first movie and so he came aboard to work on it as well.

Edmands: The script was really funny and weird, and the concept drawings were so bizarre and beautiful, I wanted the final film to feel the same way. It’s incredibly idiosyncratic and there’s nothing else like it. For me, the challenge was to try and make the film as emotionally engaging and narratively coherent as possible while still allowing all those wonderful Dash Shaw quirks to shine through. Working with Dash taught me that sometimes it’s more rewarding to sacrifice story clarity for dream logic and hazy associations. It makes for a trippier, more engaging experience, and ultimately that is more truthful to what the film is about.

Edmands: Cryptozoo was totally unique, from a post-production standpoint. It was almost more of a collage process than an editorial one. We didn’t have traditional “footage” to work with, we had pieces of animation. But it was much more than just putting those pieces together, we would actually rewrite the movie as we went along. Based on how I’d manipulate these chunks of animation, speed them up, slow them down, crop out sections—Dash would re-draw characters, change the dialogue, swap backgrounds. So the film was always evolving. Alex and I had editorial going at the same time that the animation was being done and voice recordings were being made, so editing and production were really happening simultaneously. I’ve never had another experience quite like that.

Edmands: I went to NYU film school and started out by editing my friend’s films. I’ve done documentaries, narratives, commercials—a little bit of everything. I also direct. In fact, that’s mostly what I do these days. But I will never turn down an editing opportunity as uniquely challenging as Cryptozoo because I love collaborating with other filmmakers. I don’t think I’ve ever been influenced by any other editors though, I take my cues from the film itself. I listen to what the footage is trying to tell me and then execute that.

Edmands: Adobe Premiere. I learned on Final Cut Pro, but when Apple got cute and decided to redesign the whole thing, I didn’t have the patience to learn a whole new concept of time, or whatever it was they were trying to do. Premiere had a setting that mimicked the FCP keyboard shortcuts. I actually love Premiere now. It integrates so well with Photoshop and After Effects, which tend to get used on every project and were integral to Cryptozoo.

Edmands: There is an action scene in the film that takes place in Russia and is supposed to feel like Indiana Jones, with the chaos of several competing groups going after the same McGuffin. It was super difficult to parse all the various motivations and double-crosses. But then Dash said it didn’t matter, it was supposed to be confusing and nonsensical to the audience. So I gave up trying to make sense of it and structured it so you just watch all these awesome images, soak in John Kirby’s amazing score, and go along for the ride. I succumbed to the idea that the dream logic at the core of the movie was more important than being super clear about all the backstories. That said, I do feel like we made enough changes to that section so you can actually follow what’s happening on your fourth of fifth watch once the technicolor euphoria wears off.

Edmands: I think the question above about process answers this… Dash and Jane can really speak to this more than I can, since animation was its own highly specific process that involved painting, drawing, compositing, rendering.

Edmands: As all of us thought more deeply about the ideas at the heart of the story, the film continued to evolve throughout the editing process. Ultimately, it’s a film about representation and preservation, and some of those core themes lead us to make bold changes. We recast, redrew, and rerecorded certain elements so they spoke more clearly about the issues that Dash was interested in exploring. The film definitely “matured” in a certain sense. In the end, Cryptozoo is a hilarious, thrilling, and visually stunning cinematic experience, but it also has a lot on its mind. I think that’s what makes it a truly special film that I’m really proud to have been a part of.