“My World Outside the Cutting Room Is Richer”: Editor Géraud Brisson on CODA 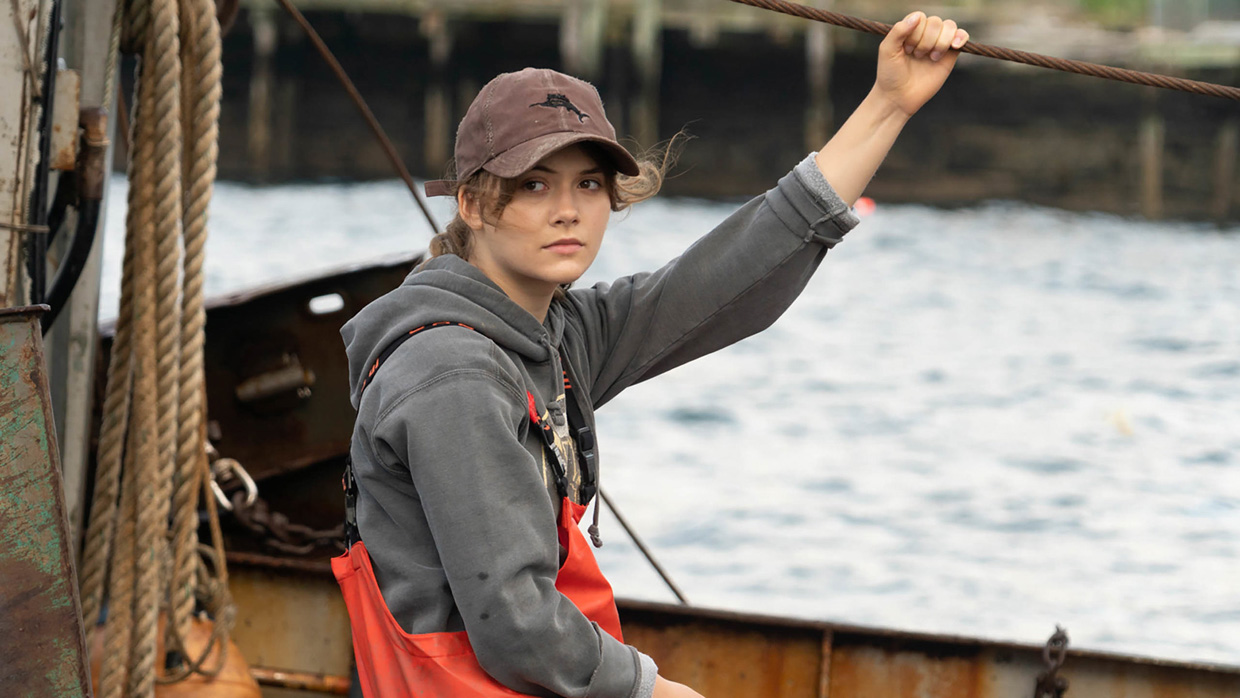 Siân Heder’s CODA is the tender story of Ruby (Emilia Jones), the sole hearing member of her deaf family. After joining her high school choir, she finds herself torn between pursuing her passion for singing and helping her family with their fishing business. Editor Géraud Brisson tells us why his team decided to leave some scenes in that may feel “awkward” for hearing audiences.

Brisson: I met Siân Heder, the director of CODA, while working on Little America for Apple TV+. She is the series co-showrunner. She also knew that I had worked on a show called This Close for the Sundance Channel.

This Close is particularly remarkable in that it was created by and features two great writers and actors, Shoshannah Stein and Joshua Feldman, who happen to be deaf. Until then, I had had barely any contact with the deaf community. I knew very little about American Sign Language—let alone editing dialog in ASL. This Close was the beginning of an education that is very much still ongoing, but it prepared me for the discussion with Siân.

Brisson: My first impression after watching the assembly, which was long, was that Ruby’s emotional arc was not yet as strong as it should be. I often used this as a guide to help us make decisions about characters and story, pace and condensing plot, etc…

Siân and I also very much agree that we had a fine line to walk when it came to tone. We had to be in control of the comedy as well as the drama. If you laughed, we wanted you to laugh with our characters, not at them. If you felt moved, we didn’t want you to feel manipulated. Fortunately, we knew we could rely on the great performances and chemistry between Marlee Matlin, Emilia Jones, Troy Kotsur and Daniel Durant.

Also, and I realize how naïve it may sound, myself being a member of the hearing audience, but in my mind we had to stay away from making creative decisions based solely on a hearing audience experience. We knew for instance, that scenes in ASL could be challenging for some. There is a sense of emptiness and the film may appear to slow down for those of us used to a world populated with voices. But we didn’t feel we could rely on score to fill that gap. Instead we paid a lot of attention to the pace of the dialog in ASL in combination with the pace of the subtitles and constantly tried to make the ambient sounds richer without being distracting. But in the end we didn’t mind preserving the awkwardness a hearing audience could feel from experiencing something different in those scenes.

Brisson: To be prudent, I’ll let the audience decide if we achieved our goals. But in terms of process and techniques, we follow a pretty traditional path, I think. I knew I could trust Siân’s vision, the strength of the story and the performances of our cast. But also, as I was putting scenes together during dailies, it really felt to me like there was something there. I still couldn’t articulate to you what it was but it gave me extra confidence that the process of living with the film would lead us down the right path.

There was certainly a lot of work ahead of us after watching the assembly and some days we felt like we were hitting a wall. Nonetheless, I trusted that.

Practically, we had to work rather fast. So we knew that eventually we’d start screening for small groups of friends and family, every week, at some point twice a week to accelerate our pace. It was brutal because we knew we weren’t there yet, but essential in moving us forward.

I also want to acknowledge all the help I had with the ASL scenes. I had taught myself very basic things like the alphabet, numbers, some beginner’s phrases but all this is laughable when you’re faced with entire scenes in ASL. So, during production and for each take, someone recorded on an isolated audio track, the oral equivalent of the dialog performed by the actors when they spoke in ASL. That’s how I learned the dialog. Siân had learned ASL to direct the film, and it was key, but she was also still not fluent and it led to some good laughs in the edit.

While shooting the choir recital scene, Marlee and Troy had improvised most of their dialog. And the day of all of this improvised dialog was also the one time we didn’t get a translation track. After a day of detective work in the cutting room, Sian and I were actually kind of proud of having figured it out on our own. It turned out later the sign we were certain was “vibration” was actually the sign for “spaghetti.”

So I was also very lucky that Anne Tomassini was our ASL Master of CODA.  Ultimately Anne made sure that all our dialog and subtitles were correct. But I could also reach out to her whenever I had a question from day one of production. We would take videos of the screen and send them to her. We did it with Marlee a couple of times too. And everyone always responded so quickly.

Brisson: When I attended USC’s film school I learned fairly instantly that I wanted to be an editor. After graduating, I started assisting for other editors. Two of them, Hughes Winborne and Jay Cassidy, were a big influence. Transitioning to being an editor was not a straightforward process. I would edit independent films but had to support myself by going back to assisting. At some point I made the decision to find work in television—which has been rather rewarding. My first time working on a series was Looking on HBO and I was fortunate to work with Andrew Haigh who I admired since seeing Weekend.

Brisson: I prefer Avid Media Composer. I learned it first, when attending film school. It might explain why I’m biased! I’ve edited a number of projects with other softwares, and although I recognize their strengths, ultimately Media Composer has always felt more intuitive and safer. I also rely tremendously on Script Sync in Media Composer to organize and learn my dailies.

Brisson: The choir recital probably. It took a while to feel like we were getting somewhere. We had quite a bit of footage… They performed the three songs in their entirety, multiple times, with multiple cameras etc. The coverage of the audience also included a lot of improvisations by Marlee, Troy and Daniel, like I mentioned earlier.

Musically it had to make sense, still feel like significant songs, and yet time had to be compressed. We had to resist the temptation to make too big of a musical moment that could erroneously signal the resolution of the film. We didn’t have a music editor and I’m very thankful for Nick Baxter, our music producer, who was there to help me come up with ways to cut down the songs and ultimately make sure it was all musically correct.

In parallel, we had a lot of important story elements happening at the same the time for different characters—between Ruby on stage and her parents in the audience, between the parents themselves and their son Leo, between Ruby and Miles on stage, etc. It also all had to fit in the strict frame of the songs performed on stage.

As often, I feel we got there by always asking ourselves if we were telling the story.

Brisson: Well, as we progressed, it became more evident that the core of Ruby’s coming-of-age story was about family codependency. By the same token, we would jokingly acknowledge our codependency issues with our own families and parents. So the more time spent with the movie, the more personal it became. Also in getting a chance to tell stories, I feel I’m given a chance to try to see life for a moment through the point of view of others. And my world outside the cutting room is richer for it.