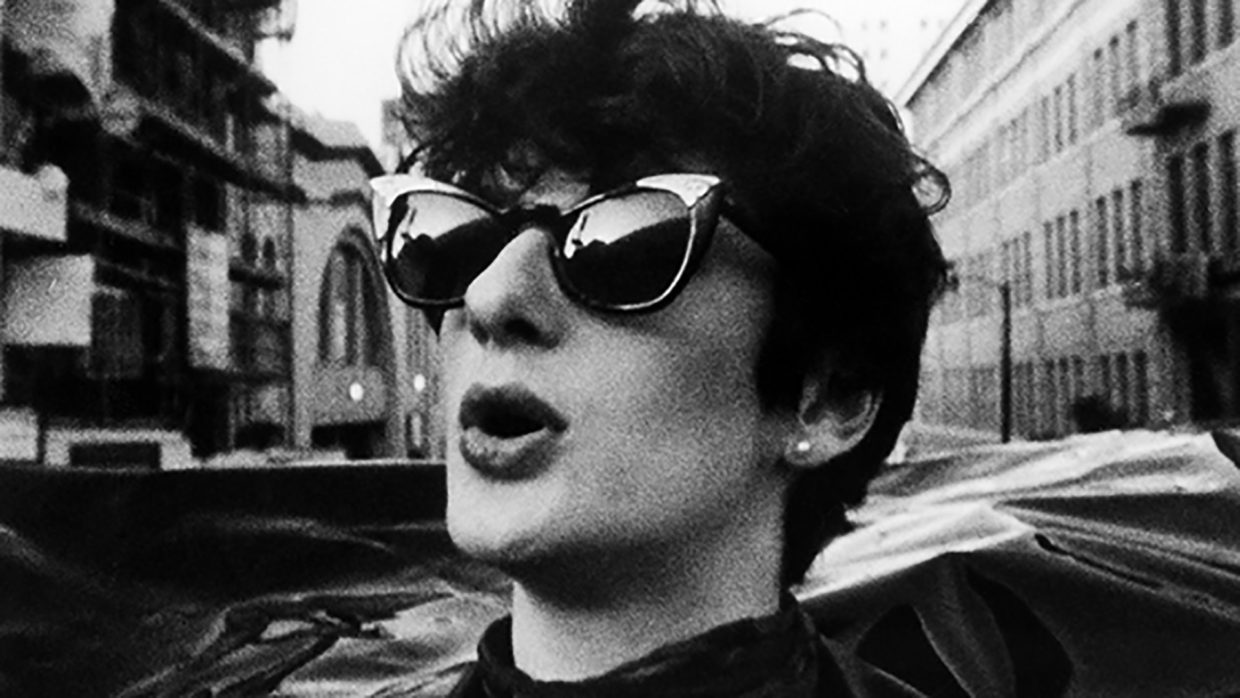 As 2022 comes to a close, Filmmaker returns with our annual recap of the year’s most read posts. As I click through Google Analytics, this piece always becomes something of a revelation, a mixture of the predictable (our 25 New Faces list); the news-triggered (an old profile resurfacing on the director’s recent success, for example, or, more sadly, their passing); evergreen articles on filmmaking itself; and pieces for which strong content, aided by SEO and provocative headlines, meshed to attract an abnormally large slew of first-time readers. As in the past, the list is divided into two: the 10 most read posts of the past year and then, from the archives, the 10 previously-published most read posts. Check out what everyone gravitated towards the most below.

10. “I Heard Shots Behind Me, Turned Back and Saw Killers Approaching”: Lesya Kalynska on Tribeca Premiere A Rising Fury. A documentary filmed over eight years of conflict in Ukraine, Lesya Kalynska’s film premiered at Tribeca in the fourth month of Russian’s invasion of the country, and the director’s interview with Lauren Wissot was both an account of the filmmaking challenges as well as the personal ones. “I recently lost my mom in this war…,” Kalysnka said.”She resided in the city of Bucha, and no matter how many times I warned her and begged her to leave she refused… The day my mom passed away was the day when Tribeca wrote to us about accepting our film to the festival. After the ceremony of saying the last goodbye to my mom, editing our film saved me from falling into a very dark place. I found a few clips of my mom at Maidan when we went there together. I ended up watching her beautiful face again and again, and it helped me to extend the denial that she is not here anymore. Now she lives in our film.”

9. “Ninety Percent of the Lighting Was Done Pretty Much How You Would’ve Done It in 1979”: Cinematographer Eliot Rockett on the Period Horror Film X. Matt Mulcahey’s director of cinematography interviews are second to none, with DPs always generous in responding to his detailed, informed questions. Here, Elliot Rockett talks wonky zooms, old-school lighting and reuniting with director Ti West.

8. 25 New Faces of 2022. Filmmaker‘s 25 New Faces list always makes this list, and, as you’ll read below, individual profiles always pop up in future editions. Already there are a number of selections who are finding success on the festival circuit, with Georden West’s Playland premiering in Rotterdam and Tina Satter’s Is This a Room in Berlin’s Panorama section.

7. Gessica Généus’s Freda: A Female Gaze on Life in Haiti. It’s been over 15 years since Annie Nocenti — a filmmaker, teacher, journalist and comic book writer and editor — wrote for Filmmaker, and she returned with this interview with director Gessica Généus about her ’21 Cannes premiere and the filmmaking scene in Haiti.

6. “Maria Was Saying Things in 1983 That Were Not Addressed by Actresses Until Decades Later”: Elisabeth Subrin on Her Cannes-Premiering Short, Maria Schneider, 1983 Speaking of Cannes and 25 New Faces, in advance of this year’s festival, ’20 selection Madeleine Hunt-Ehrlich spoke with director Elisabeth Subrin about her Directors Fortnight premiere, Maria Schneider, 1983, in which three actresses — Manal Issa, Aïssa Maïga and Isabel Sandoval — extended the thoughts and critical thinking of the legendary actor across generations.

5. “The Silliest Use of IMAX in the History of IMAX”: DP Larkin Seiple on Everything Everywhere All at Once. Larkin Seiple has spoken to Matt Mulcahey several times, is always smart and generous, and his interview about the Daniels’s celebrated A24 release not surprisingly landed high on this list.

4. Five Questions for Casey Neistat about His SXSW-Premiering David Dobrik Documentary, Under the Influence. Two interviews out of SXSW landed on our top ten list this year. The first (in reverse order) is my talk with Casey Neistat (another 25 New Face) about his documentary on YouTube sensation David Dobrik, a work that starts of as a kind of generational baton-passing and ends as a critical portrait incorporating commentary by journalist Kat Tenbarge concerning allegations of sexual assault.

3. “There Has Been a Deliberate Rebranding of the Alt-Right Women To Have the Veneer of Smart, Sophisticated Instagram Influencers”: Director Beth de Araújo and DP Greta Zozula on Soft and Quiet. Again out of SXSW, my interview with the director and DP of November’s Blumhouse release, a gripping thriller dealing with racism that plays out in a single shot (and was realized on just four production shoot days), is fantastic, thanks to the two’s very detailed answers and production breakdowns.

1. “We’re All Pornographers Now”: Juliet Bashore on Her 2K-Restored Kamikaze Hearts. An article about a film featuring legendary porn star Sharon Mitchell, who went on to form the Adult Industry Medical Health Care Foundation, was always going to generate traffic, but there were other elements at work here. Juliet Bashore’s hybrid documentary has been a rarely screened cult film, and her interview with Lauren Wissot is fascinating, namechecking Semiotext(e), Battle of Algiers, Bertoldt Brecht and Sunset Boulevard. Also, this was the first major interview with Bashore in the lead up to the film’s Kino Lorber’s rerelease, and, as is often the case here, being first helps.

10. Don’t Mess with the Missionary Man: Machine Gun Preacher Sam Childers. Lauren Wissot’s 2014 interview with Sam Childers, the subject of Kevin Evans’s documentary, conducted at the Gasparilla International Film Festival, was our tenth most read archive article of the year.

7. The 27 Movies (More or Less) Shot on 35mm in 2019. Vadim Rizov’s obsessive survey tracking the long half-life of 35mm production (see his current edition here) is always well read, and for whatever reason, the 2019 edition struck a particularly deep chord.

6. 12 Tips for Selling Your Own Film. Here’s the first of three filmmaking-focused how-to articles appearing on the list, my article on film sales from way back in 2001. These 12 tips are a bit sweeping and blunt, and I’m not sure I’d write this piece today. But, much of this advice still holds, sometimes soberingly so. See, for example, the final entry: “Don’t flog your film to death. It is unlikely that a better deal will pop up a year from now. Okay, your investors poured $2 million into the film, and all you’ve got is a no-advance deal. If that’s all that’s out there, take the deal and be happy with it.”

(And, yes, there’s self-distribution, which is easier to do today than back then, but many, after assessing the workload would still make the calculation that was advocated above. But for a counterargument you can read Lisa Hurwitz’s honest account of her self-distribution of The Automat.)

5. Indie Camera of the Year: Blackmagic Delivers Small in a Big Way. Sneaking in under the ’21 calendar year was David Leitner, who, after 12 months of lensing, dubbed the Blackmagic Design Pocket Cinema Camera 6K Pro the “camera of the year.”

4. Shooting Under Fire: Filmmaking in Conflict Zones with Brent and Craig Renaud The death of filmmaker Brent Renaud while reporting from Ukraine was the sad reason that Lauren Wissot’s 2013 interview with Renaud and his brother Craig attracted new readers this year.

3. 2018 25 New Face Charlotte Wells. With Charlotte Wells’s Aftersun scoring amazing reviews, placements on many 10 best lists, and Gotham and Spirit Award nominations, my 25 New Face profile of the writer/director caught many readers up on her backstory.

2. What Everyone Does on a Film Set. Brandon Tonner-Connelly and Alicia Van Couvering’s wry explainer of film set roles was our second most-read archive post of the year.

1. 15 Steps to Take After You Finish Your Script. Finally, my evergreen article aimed at first-time writer/directors about what to do upon completing a screenplay continues to score at the top of our traffic rankings. So much so that I’ve been slowly working on a necessary rewrite/update that takes into account that many landing on this article are pure screenwriters looking to enter their work in the marketplace, or to connect with a producer or director. If there’s anything you’d like to see in this update, you can email me at smacaulay AT thegotham.org.