A Conversation with the Dardenne Brothers

by Ariston Anderson
in Directing, Directors, Filmmaking, Interviews
on Mar 14, 2012 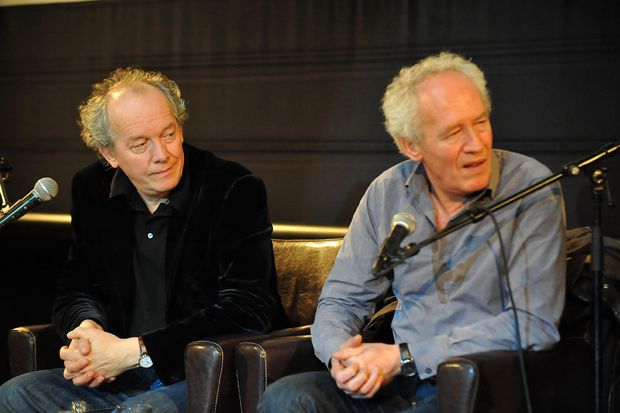 The Kid with a Bike, the latest from the Belgian Dardenne Brothers, is opening this Friday, March 16, courtesy of Sundance Selects. The touching story already picked up the Grand Jury Prize at Cannes last year in addition to being nominated for a Golden Globe and Spirit Award. After his heartbreadking role in the Dardennes’ The Child, actor Jérémie Renier reprises his role as a deadbeat dad, Guy, who abandons his twelve-year-old son, Cyril, to be looked after by the local hairdresser, Samantha. She struggles to fill in the missing holes Cyril’s absent parents left behind while trying to keep him away from negative influences on the street.

Once again the brothers have mastered the art of portraying the trials of the working class with compassion over pity, and with objectivity over sentimentality. It’s a powerful story that presents characters whose motives change so many times it becomes impossible to judge them, which is just what the brothers set out to do.

“Children generally don’t ask themselves whether their parents love them,” said Jean-Pierre at the recent Kustendorf Film and Music Festival, where they presented their film to the festival, organized by another two-time Palme D’Or winner Emir Kusturica. “With Cyril that is not the case. Samantha’s love can save him, and he ultimately understands that she loves him and that she will provide him with a childhood. She is ready to take the risk.”

We sat down with the brothers at Kustendorf to discuss music, tenderness, and the best of young Belgian cinema. Like any Dardenne films, A Kid reminds us what it means to be human, and how to work to fill in the gaping holes in our own lives.

Filmmaker: When we last spoke in 2010 in Morocco, you refused to reveal any details about The Kid With a Bike. Do you always keep your projects under wraps until the last moment?

Jean-Pierre: Yes, it’s better no? Because if you speak about your project, maybe it will not be necessary to make it.

Filmmaker: This is your first movie with music. Why now?

Luc: Because we don’t believe that music should come from the movie. Music is above the film actually. It will descend into the film thanks to Samantha. For us, music represents everything that is missing to Cyril: love, tenderness, and consolation. It’s hovering, waiting, and the audience would like to see it enter the film.

That’s how we’ve conceived the music. We’re not against music. It’s not present in our other movies only because we didn’t see the necessity for it.

Filmmaker: How did you choose the music (Beethoven’s Piano Concerto No.5 in E-Flat Major)?

Luc: We like Beethoven. We were familiar with his music. We thought the piece fit, that the 22 seconds we included in the film had the tenderness we were looking for.

Maybe it exists in other composers’ work as well, but we decided not to have it composed especially for the film.

Filmmaker: Is it important for you to keep a movie sparse, free of any unnecessary details?

Jean-Pierre: Maybe it seems like that, that the film isn’t overloaded, but if we’re talking about music, it is sparse in our films because we’ve never found the right place for it.

It didn’t seem useful to us within the existing rhythms of the films, the silences, the dialogue, the sounds of objects. It didn’t seem necessary to include anything else. We find the rhythm through the movements of the camera, the pauses, the silences. 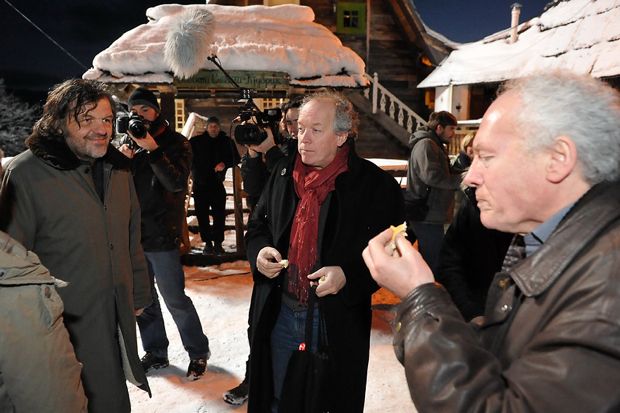 Filmmaker: Is it necessary for a director to shoot with a tenderness toward their characters?

Luc: I hope not. But maybe in this film there is more tenderness in the direction, the staging. The more violent side that could be seen in Rosetta, in our way of working, is missing from this film.

You have to love all the characters, even those who don’t have so much tenderness.

Filmmaker: A lot of your movies speak about inexperienced parents. Why is this a common theme?

Luc: It’s true that we are always speaking about relationships between generations. Maybe it’s because we’re in societies where it’s much harder to pass something on than it was before.

Maybe it’s because today’s children are alone and have to invent their futures.

Filmmaker: Your characters are often seeking parental approval. Did you feel like you were ever seeking your parent’s approval in your work?

Luc: No, they are too old. When we were little of course, yes, but not now.

Filmmaker: Do you feel like you need each other’s approval?

Luc: Yes, that’s normal. We hope we approve of each other, but since we make the same movies, we don’t need to say it — we know.

Filmmaker: For you, what makes a great story?

Jean-Pierre: It’s difficult, but it’s when at a given moment, a story, a piece, a character, convinces us that it or he/she is sufficiently interesting to make us spend several years of our life with it, him/her.

Filmmaker: How did you come to Kustendorf?

Luc: We’ve known Emir Kusturica’s films from the beginning. He was the President of the Jury when we received the second Palme d’Or. At that occasion we saw each other after the ceremony and talked a little. We saw him last year again and he asked us if we wanted to come here to present our film. We said yes because we think it’s good to show films and their filmmakers together. It’s also good to create a space where filmmakers like Nuri Bilge Ceylan and ourselves come together and can interact with young filmmakers presenting their movies and speak freely with everyone.

Filmmaker: What did you learn from making documentary films?

Jean-Pierre: We used to make documentary films. We made about ten. Then we wanted to make our own stories, to invent them. What we keep from documentaries is that our camera doesn’t dominate everything. What we film resists the camera. The camera has to seek its place. We direct so that the camera isn’t at the right spot, it can’t see clearly, it has to move all the time, as though there was a wall it needs to circumvent.

Filmmaker: What advice do you have for young filmmakers?

Jean-Pierre: You shouldn’t always want to give advice. It’s good if we give advice and the young filmmaker is against it. I think it’s important, not sufficient but important, to be against things already well established in cinema when one starts working. Otherwise it would be enough for anyone to listen to advice and apply it. It’s not that easy.

Filmmaker: Are people doing it for the money?

Jean-Pierre: Much more than earlier, much more. But it’s a reaction to today’s society.

Filmmaker: What trends are you seeing with young filmmakers in Belgium?

Jean-Pierre: I won’t say I don’t watch any, because that would be bad for them. But I don’t know them that well, though I hope there will be good young filmmakers. I think there’s a very good film here by a young Belgian filmmaker, Pieter Dirkx [Lunchbox Story]. He’s a very promising young filmmaker.