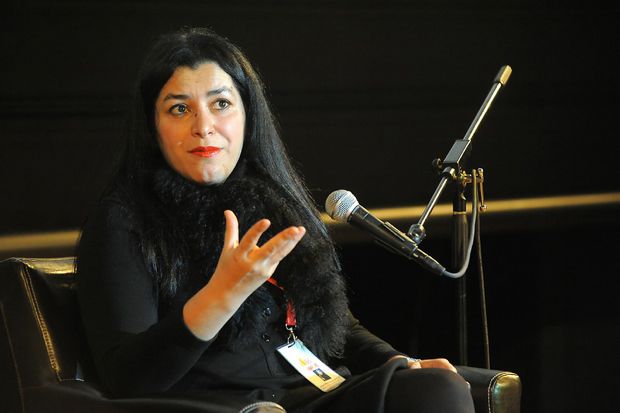 by Ariston Anderson
in Directing, Filmmaking
on Mar 5, 2012

Director Marjane Satrapi’s freshman effort Persepolis had all the success a first film could dream of having. The animated coming-of-age tale set in Iran, directed by Satrapi and Vincent Paronnaud, earned the 2007 Jury Prize at Cannes, as well two César awards and an Oscar nomination. It’s a tough act to follow, but the graphic novelists turned filmmakers are back with a worthy live action film Chicken with Plums, forthcoming this summer from Sony Pictures Classics.

Add it to today’s rich catalogue of films helping change audience perceptions about Iran. Alongside this year’s Academy Award winner The Separation, other directors are revealing an Iran that is not about nuclear weapons or veils, but about day-to-day love and loss. Chicken with Plums, which received a standing ovation at Venice last year, tells the tale of a musician who choses to die after losing his perfect violin, a metaphor for his real lost love, a woman named Iran. The gorgeously stylized film, starring Mathieu Amalric and Golshifteh Farahani, pulls deep from Satrapi’s imagination, featuring a stunning visual palette alongside a remarkable script full of passion and wit.

While a relative newbie in filmmaking, Satrapi brings a wealth of knowledge to her craft well beyond her industry years. We spoke with Satrapi at the Kustendorf Film & Music Festival, the brainchild of Serbian director Emir Kusturica, where she showed Chicken with Plums to a crowd that instantly fell in love with her outspoken, charming self. Satrapi speaks freely on the importance of where art is distributed, how to inject humor in even the darkest situations, and the recent controversy over her star actress posing nude in a French paper and video. Here, in the form of ten filmmaking lessons, she shares with us some of her vast knowledge from the field and from life in general.

1. Learn how to sell your story.

“You know, I learned something from Emir Kusturica. Two years ago he told me that everybody’s talking about the movies, about storytelling. But it’s not that, you know. It’s how you sell the story. You can have the most annoying subject, but if you know how to present it, if you have your own language, then it becomes something. And you can have the most incredible story, but if you make it in an annoying way, then it becomes annoying. So it’s really how you make it.”

“There are three things that I would never want to do: the biopic, the remake, and the sequel. I hope that never in my life I would have to do something like that.”

4. The best films come from the best collaborations.

“I was an only child who worked for ten years all by herself on books, and finally I found the joy of collaborating with other people. I still enjoy a lot working all alone because I kind of like to control myself. But it’s a big joy when you have people you get along well with working for four months all together to make something big.

“Two weeks ago I finished a film, a murder story, that I shot with a small camera with friends which maybe will not be good enough to show it. Maybe it will be. We’ll see when it’s edited.  But it was some experimentation of just having a camera and going and making a feature movie.

“And now that’s what I’m working on. But you know, with or without money, this is the joy of going somewhere and all of us together, we want the same thing. It’s quite unbelievable.”

5. Don’t waste your time with divas.

“I’ve never had this problem… because I’m not a very complicated person. I’m a very simple person. And if the person in front of me has some kind of perversity, or a very complicated mind, it wouldn’t work because I wouldn’t understand their game. And it moves me to tears. You know as Ernest Lubitz said, each human being, even the biggest diva of the diva, the most noble of the noble, at least two times per day they look ridiculous. We just always have to remember this, that at least two times per day all of us look ridiculous. And from that moment then we have to cool down.” 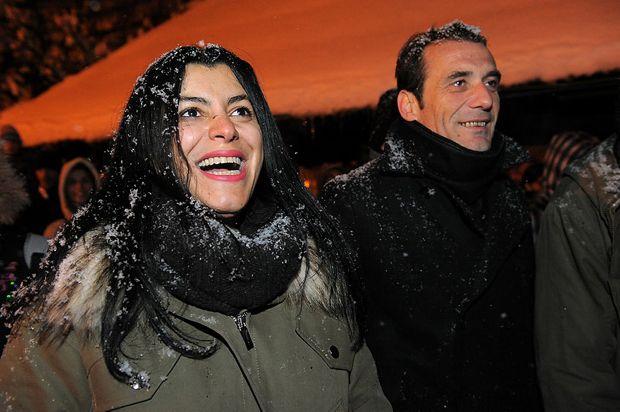 6. It’s easy to preach to the choir. Try Dallas.

“I love the middle of America. Places like Montana or Idaho, these are really great places. When I went on my book tour, they would only send me to lesbian bars in New York or gay bars in L.A. where everyone agreed with me, obviously. I was telling them, ‘Jesus Christ, send me to New Mexico. Send me to Denver. Send me to the places where people are not convinced, because that is where I can make a difference, not a gay bar in New York.’ Like, ‘Oh, we don’t like George Bush.’ Me neither!

“I have so many stories about the people of the Midwest. I remember the first time I went to Dallas, and that was the beginning of the war with Iraq. And I was against the war, and I was like ok, here I am in Texas, I’m going to keep my mouth shut. And then I said ‘Fuck it,’ I’m going to tell stories.’ And there was this guy, this real cowboy with the leather and the boots and the hat, and he was like, ‘Ma’am we’re going to liberate these people.’ And I was like ‘No no no,’ and at the end, the same guy bought seven copies of Persepolis. And he said ‘The words you said made sense, ma’am. I want all my family to read your book.’ So you know, if I don’t go to Dallas, I will never see a guy like that, who instead of watching some TV or baseball, he comes to a library, the only liberal library or bookstore in all of Dallas, and he wants to listen to what I have to say. And that is what I like.”

“Do you really need to suffer to be a great artist? I don’t think so because if you suffer at such a great level, normally you go to the mental hospital. You don’t really have a life. So for instance it’s not necessary for creating this suffering, the symbol of the artist. But at the same time if you are extremely happy, very pleased with yourself, normally it is not a very good place to create either. I need to be a little bit sour in my stomach to move me to do something. And I don’t think that necessarily you have to experience suffering, the things you talk about, but to have the curiosity, to look at what is happening around you.”

9. Nothing is more beautiful than nudity.

“The body of each human being belongs to him or herself. I have never understood the problem with the nudity in general and with the breast in particular. Why so much fuss around Janet Jackson for the Super Bowl or Golshifteh for a photo in Le Figaro—Madame? As far as I know a breast is round, cute, soft and beautiful. Doesn’t bite, neither does it make war and is never aggressive.

10. Well, nothing except for humor.

“For me, really humor is a question of intelligence. If you don’t have a sense of humor, you’re just fucking stupid. If we cannot laugh about life, then it becomes even more horrible, so if you don’t understand that, then that really means that you’re stupid.

“You know, for example, the moment in Chicken with Plums when the kid farts when the father is going to give him his life advice? This moment actually comes from a moment when it was a war in my country in Iran. That was like ’82 and I was 12. We were bombed every day. And one night it was like bombing, bombing, and we were just downstairs, the whole building was downstairs and at one point the Saddam bombs stopped. And all of us we were very relieved. And suddenly my old neighbor, an old woman, she farted. And so then somebody said, ‘They started bombing again!’

“And it took us like 10 seconds to understand that it was not a bomb but it was a fart. And we laughed. And this laughter of all the neighborhood together you know, suddenly because of this little wind that came, we believed that life existed. And when I say that it seems like a joke, but the reality is that you always have this moment even if you’re dying whatever. There’s always a moment that things happen and they’re not supposed to happen this way. And if you don’t catch this moment, than it does not become dramatic.

“And then in the film at the end we can give you 12 minutes of melodrama, and here we don’t laugh. It’s really melodrama, with the music, with the whole thing. But then I can ask the viewer to believe in the melodrama. But or one and a half hours it’s impossible, it’s too much.”