by Anne-Christine Loranger
in Directing, Directors, Filmmaking, Interviews
on May 17, 2012

War Witch is a film about resilience. Resilience of an individual, of a community and even of the architecture of a society. French-Canadian filmmaker Kim Nguyen tells a story that is set to become a benchmark in jungle films. From the painful, complex situation of the child soldiers, he weaves an intelligent movie which enables the viewer to penetrate their reality and the multi-level relationship these children create with their environment. Set in stunning natural landscapes, War Witch transports us from play to gunfire, from tenderness to abuse, from hardcore survival to ghostly magic. It also reveals the raw, powerful talent of its lead actress, 15-year-old Rachel Mwanza, who won Best Actress at both Berlin Film Festival and the Tribeca Film Festival (where War Witch also won Best Feature).

After her village is burned down by rebels in the course of a civil war in an African country, 12-year-old Komona (Mwanza) is forced into the jungle as a child soldier. After coercing her into killing her own parents, her brutal commander trains her in the use of a Kalashnikov and shows her how to kill. Dazed and sometimes drugged, Komona begins to see the ghosts of those she has murdered. She becomes the witch of the rebel leader. Faced with the horrors of war, Komona searches for an emotional shelter; she turns to a slightly older albino boy who she calls Magician. They escape the camp together but, in spite of her love for her companion, Komona only dreams of returning to her village to bury her parents. The road to salvation is arduous and the woman-child will need superhuman courage to fight the obstacles in her way in a country where violence is everyone’s daily bread.

I met film director Kim Nguyen at the Berlinale Palast, less than 24 hours before the official world premiere of War Witch at the Berlin Film Festival in February. Tall, lean and composed, he spoke expansively, his cultivated French tinged with a zest of a Québécois accent, about his aesthetic and directing choices. 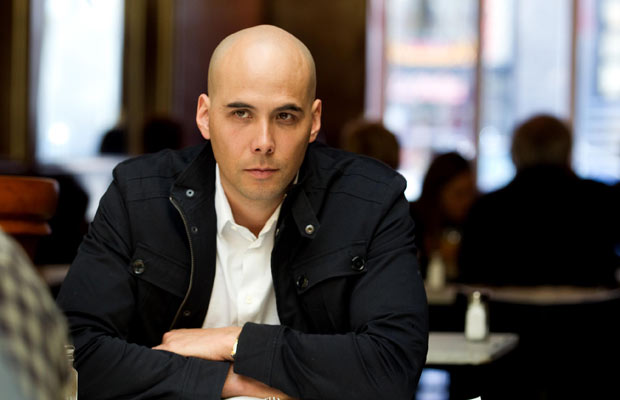 Filmmaker: Your script is very refined. The narration is written in a deceptively simple way, a little like Romain Gary in The Life Before Us. What would you say underlies your film?

Nguyen: Thank you. It’s good to hear this right before the official premiere! I worked on the script for 10 years, but things emerged as we started to shoot the film, so it was in constant rewriting. In comparison to the other films I’ve made, there was this desire to forget the structure and to be always in the present moment, to always remodel the film according to what was happening [in front of the camera]. One thing that helped us was to shoot chronologically and not to show the script to the actors. I had done research on the way Fish Tank had been made because it’s a film that had impressed me. One theme that emerged [during the shooting] was human resiliency in a postmodern world, a deconstructed world. In our Western world, there are fences which prevent us from seeing this post-modernity. Whereas in Kinshasa (Democratic Republic of Congo) one sees humans interacting with a world of trade and publicity that was destroyed, re-used and recycled to make walls, houses. In the middle of this recycled world there are human beings who live their lives. It feels good, strangely enough, to see this in Kinshasa.

Filmmaker: An architecture of resiliency?

Nguyen: Yes! It’s interesting; there is a link between space, men and women.

Filmmaker: The very first image that we see it is this sandal made out of a recycled bottle…

Nguyen: Yes! We had seen that in a photograph. It is a thing that impressed me, this very practical, concrete recycling of matter. It’s very strange because when I started writing the script 10 years ago… you know, they say that you should talk about what you know and people would say that I knew nothing about child soldiers. I would say that one must write about what one feels, rather than what one knows. Research can come afterwards. I don’t know why I was identifying with this character, this child of 12-14 years old whose vision is transformed by the propaganda, indoctrination and drugs. The idea of the film was to project myself into the eyes of this child. This was the challenge of the film, to write it from her point of view. I think there isn’t a single wide angle in the whole film. They’re always in the background. Everything is filmed from her perspective.

Filmmaker: Did you meet child soldiers?

Nguyen: I met and I spoke with ex-child soldiers who were in a remote area in Burundi. One tends to have a sort of monolithic code about child soldiers but the trauma of these children, what they went through, their various personalities, is as vast as in the normal life. Some recover much better than others. Each child soldier is different. It’s very complex.

Filmmaker: One feels that you have a deep comprehension of the African world, for example the presence of the supernatural in the daily life.

Nguyen: Magic is omnipresent in Kinshasa, in the Democratic Republic of Congo. It is very surprising for us Westerners. I do not want to generalize Africa but of what I saw of the DRC, there is an omnipresent, daily interaction with magic, with spirituality. It has its good sides and its bad sides. There’s also a part of manipulation. Politics is much influenced by magic. It’s a way of handling crowds.

Filmmaker: How did you find Rachel Mwanza, the actress who plays Komona?

Nguyen: Most of the actors in the film are non-professional. Rachel was a street child in Kinshasa. We were helped by street workers to select them. She had already been in a documentary. I realized very quickly that she had an immense talent. She is the most phenomenal actress I have ever worked with. She’s extraordinary.

Filmmaker: And Serge Kanyinda, who plays Magician? Why did you choose an albino?

Nguyen: Actually it was not in the plan to choose an albino. Serge was just the best actor for the role. It just happened like that and it gives a special touch to the film, I think.

Filmmaker: What gave you the idea of the ghosts that Komona sees?

Nguyen: One of the problems [of shooting this] was how one testifies on the screen to the state of mind of these children. I saw films which were “objective.” But their story was written in the third person, they did not give the perspective of the child soldier. I wanted to make a film which talked from the point of view of the `I’, even if formally that will be stylized at certain times. For example, when the child soldiers kills, there is a whole system operated by the commanders, the armies of rebels, to soften the violence, to make it acceptable and even “satisfying.” I decided to represent that by the fact that the people whom these children kill die, but one never sees them dying with the red blood rushing on the ground. We see ghosts.

Filmmaker: Magic is also important during an initiation where a commander gives rifles to the children and tells them: “This is your father, this is your mother.” And there is a shaman mingled with that.

Nguyen: Yes, but it is not so different from the great powers of the world. During the crusades, one needed a king who was representative of God. One needed a dogma and doctrines to convince people to go and die in the name of something. It is as if our real world was not sufficient to convince people that it is necessary to kill. A paradise had to be invented that the warriors deserved only if they fought in the name of God. This is exactly the same thing. I exaggerate a bit, but the logical principle is very similar.

Filmmaker: I was struck by the expression “have-to sleep with” in the narration. Komona does not have any other word to talk about rape. What gave you this idea?

Filmmaker:  You chose to show a story of love between two child soldiers. Is it possible when one of them had killed? These children seem to be in a permanent state of post-traumatic shock. Can love really happen?

Nguyen: That’s the point of view that I chose. The public can, of course, question it. What I found out in my research is that there is a bipolarity within the child soldier. His familial bonds are killed so that he is rejected by his roots. One makes him commit horrible acts to that effect. But they remain children. Often for these child soldiers who live years in armies of rebels, the moment of rupture, the initial cataclysm is often a place where emotional maturity remains. Either they inwardly shut down or they play football with friends and the attachment to the friends remains. There is a distance with those that they kill but the close friends stay. But at the same time, because they have a Kalashnikov they could kill their friends without additional justification. There is really a bipolarity in the personality of child soldiers.

Filmmaker:  Magician, who falls in love one with Komona, your heroine, is an albino. He and Komona find their way to an albino village. This is the most marginalized population of Africa. What gave you this idea?

Nguyen:  This is where the author is allowing himself to wander a little. I always had a love of magic realism. I had read stories about albinos. The existence of this village is anchored in the reality of Congo and Tanzania. The albinos are hunted for their limbs. It’s a terrible situation; they cut a hand of an albino or a foot to make grigris (amulets). It’s a situation which tends to improve but the authorities created special villages which are fenced and protected with armed guards. I decided to recreate this type of village without having visited one. There is thus a share of fantasy in this location. It was very difficult to convince the producers to make this scene.