The Loneliness of the Long-Distance Filmmaker

I’m at the Edinburgh Film Festival, jetlagged bad, and I’m asked for emerging filmmaker advice by some kid. He says, in particular, he wants to know about making art films and being a writer/director. Oh boy. I try to find something to say, but it’s disingenuous and the kid knows it. I go back to the hotel room and roll around in the bed, can’t sleep. The only thing on the T.V. is Michael Jackson’s body bag. 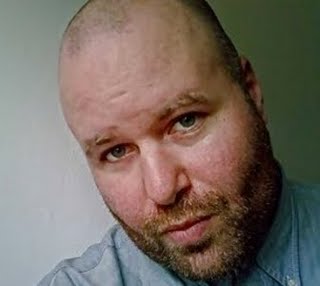 I go to the window and look at the ancient castle and the ancient fog and I think about what I would tell the kid if I really had the nerve — if my nerves weren’t all shot. This is what I’d tell him: If you really wanna make movies, and make them your own — there’s gonna be loneliness. And no one really talks about it, but it’s true, I promise. For instance, did you know that even the people you work with — a lot of them won’t like the final product. They’ll think you screwed it up and not really dig what you’re doing. And your producers will hate you. And your editor will quit you. And your dog will give you dirty looks in the morning.

But you know! You know it’s true. You know what you’re saying and that the movie is true. You’re there again, in the editing room, long after the sane and mature people have gone home. You watch the scene go down again. And even some of those actors who don’t like the movie — you love their performances in this movie they don’t like. And even the editor who has left the building — her cuts are just so choice. And the costumes, and the camera moves, and the production design… You know. You know it’s true.

But did you see what Orson Welles looked like towards the end of his life? Do you know what happened to John Cassavetes? And those are the Superheroes. What about us mere mortals? What kind of toll does this thing take? This indie filmmaking thing.

Late night movie mumblings and complaints, but now your lover is like — enuff already. Enough, yes, exactly. It’s been years now. You know, for your health’s sake, enough is enough and you gotta get away from the project. And you do. You start to write new stuff again. You play some volleyball. You even get to bed on time. But then there’s that email. That email with the link to the trailer. That’s the trailer? That’s the trailer for your movie? I don’t think so. This isn’t gonna stand. Oh, but it will. Shoot. You’re out on the street again, playing soccer with the bottle caps. Strangers cross to the other side. You’ve become a menace, man.

You read a New York Times article about Kenneth Lonergan and feel less crazy. You start talking with the couple producers who will still talk to you about future projects. You get scared at the possibility that these future projects might actually happen.

You go to a festival and some kid asks you for advice. You say something about “only doing it if you have no choice.” The kid kind of rolls his eyes. You probably sound like one of his gym teachers.

Outside the movie theater, you get in a van. The van drives you back to the hotel. The driver of the van is talking excitedly about all the popular movies at the festival this year. You know these films well by now — they were the popular films at all the other festivals too. You’re looking out the window at the cloudy streets, and you wonder what it would be like to make one of those really popular films. Something crowd-friendly, agent-friendly. And you start thinking of different scenarios and formulas.

You get out of the van, go into the crowded lobby. Everyone is listening to “Thriller” and having a good time. The lady at the front desk stops you, asks you if you are staying there. You tell her you are, produce a room key. She smiles apologetically.

In the elevator up there’s a real old lady. She tells you that she saw your film today. She tells you how much she appreciated the quietness of it. You nod your head, lower your eyes, try not to let her know she just saved your life.

Read our interview with Noah Buschel at the 2009 Sundance Film Festival about this latest film, The Missing Person. Strand Releasing opens the film this weekend.