by Jason Guerrasio
in Distribution, Filmmaking, Transmedia
on Sep 26, 2009

In my last post on our distribution strategy for Kirt Gunn’s Lovely by Surprise I mentioned that I’d try to write a follow-up post when appropriate. It seems that time has come sooner than expected, and for one particular reason. 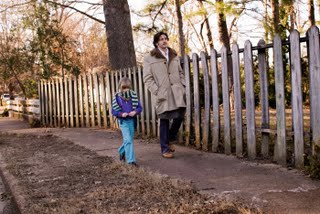 Part of our DIY release for Lovely By Surprise has been focused on digital messaging platforms, particularly Twitter and Facebook. They have been great tools for aggregating fans and followers and keeping them informed about various topics, from trivia about our actors and crew, to release dates and special screenings.

Twitter in particular has proven to be a great device for communication amongst our followers. It has also become a tool for evil, I’ve discovered. On Saturday, August 8th, one month after our official release date, there was a spike in tweets related to LBS. We wondered why and took a look. It appeared that people were tweeting and re-tweeting a URL that linked to a pirated version of the film. It was being hosted by a free file sharing network like Rapidshare or SendSpace. We downloaded it to confirm our fears. It was a 700MB file and took twenty minutes to download (the filesharing network restricts the bandwidth of downloads to users without a premium account). The colors were a bit off, the aspect ratio seemed to be askew and the frame was overcropped by a few lines. Other than that, it was a pretty high-quality image. In twenty minutes. On my computer. For free. 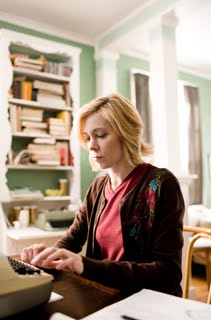 Wow, this brings up a bunch of issues! First, I spoke to Brandon at Indigenous (our distribution partner) about it. Needless to say, he was apoplectic. Worse than that, I don’t think there’s much we can do about it. It’s not like he’s Warner Bros. with the staff and resources to send cease and desist letters to file sharing sites and to prosecute piraters. Even the studios are rarely successful in those endeavors. Plus, with instant digital copies being created online, there isn’t really a way to stuff it back into the box anyway.

I know this part of the story isn’t particularly new. This certainly isn’t the first film I’ve produced to become available illegally. In fact, there are two great examples that I’ll always remember. One story is that within days of the Tadpole release, someone brought a DVD to the office that he had purchased on Canal St. The cover art displayed a film starring John Cusack and Gene Hackman and even included their photos. At least it said “TADPOLE” on the cover! The other story takes place in Beijing, where I was lecturing for the Motion Picture Association a few years ago. Our sponsors took us to see an example of a store where the shelves were lined with pirated CD’s and DVD’s, including packaging more elaborate that the authorized versions. There were five copies of Wim Wenders’ Land Of Plenty on the shelf. It was amazing to see this little indie film stocked in a storefront in China.

In both of those instances, I was so proud to have a film that had demand. Somehow I considered it an achievement to produce a film that piraters thought was worth the effort. I’m not feeling that thrill today.

Twitter, the very same tool that gave us a soap box to so many new fans, has also become the broadcast network for circumventing our distribution model. I’m certainly not blaming Twitter. The platform has done nothing wrong. Plus, I love the immediacy of it. Even the notoriously slow-to-adapt studios have been chatting about the power that Twitter may have in broadcasting early fan reviews of their new releases, for better or worse. 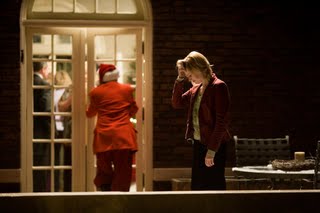 As we start to re-think our business and its production and distribution models, I wonder if we might also discuss the security of our content. Am I the only one that feels the piracy discussion has been tabled as we all fret about the collapse of distribution? I regularly talk to colleagues about the woes of distribution, but never about issues of illegal consumption of our films (aren’t the two intimately connected?). I wonder if that’s because it’s not a problem many others have faced or because no one has any good answers. Are we relying on the integrity of our audiences to purchase access to our films or will we find methods to actually protect them from unauthorized viewing? Should we even be trying? We always knew the problems of the music industry would arrive on our doorstep as broadband grew. What are the lessons we can learn from their missed opportunities? This is especially relevant for us now as the indie business moves away from a real theatrical window, one of the only places it’s still possible to protect your content. I can only imagine how easy it is to rip a high-quality version of a feature off a VOD broadcast.

I think it feels more relevant now because of the self-distribution reality. Every time the film is consumed illegally, the lost revenue is effectively coming right out of my pocket, not Viacom’s or Time-Warner’s. It makes me feel even more vulnerable at this uncertain moment.

Some would argue that the goal now should be to grow audience size regardless of the compensation as it adds value to the property over time. Somehow, that just doesn’t make sense to me. Others claim that the “long tail” is the answer. I can see where that might be the model for next generation of distributors (like the growing SnagFilms/Cinetic/IndieWire partnership), but how will that translate into sustainability for the filmmakers? To think that we’ll have catalogues selling smaller quantities of a larger volume of titles seems unlikely at best. I’d love to hear from people that can explain this to me.

Maybe I just need to get used to this new reality. Chris Anderson’s new book Free would argue that we should be allowing people to watch the film gratis and finding another way to generate revenue from it. Maybe he’s right in some instances, but we can’t all be Monty Python. You’ll need to read his book to understand that reference, which he posted for free online, but then subsequently took down after a trial period. I guess at some point he decided that he needed to charge for his intellectual property, too.