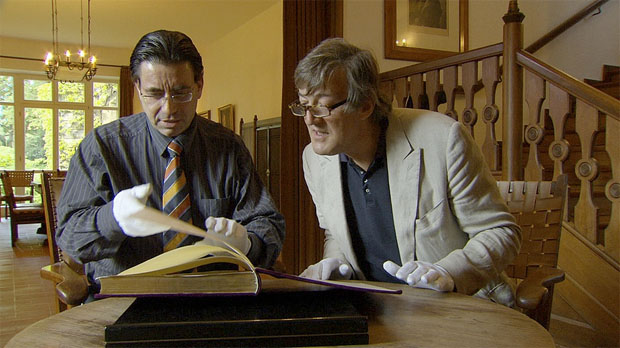 by Kevin Canfield
in Directing, Directors, Filmmaking, Interviews
on Nov 26, 2012

Early in Wagner & Me, a new documentary about the music and legacy of Richard Wagner, English actor and writer Stephen Fry says he’d like to time travel to the 19th century. Once there, Fry continues, he would start a letter-writing campaign, urging the composer to rethink his infamously anti-Semitic essay Jewishness in Music: “I say to him, ‘Listen, you’re on the brink of becoming the greatest artist of the 19th century, and future generations will forget that, simply because of this nasty little essay that you’re writing, and because of the effect it’ll have.” Wagner, of course, did not have the counsel of a reasonable voice from the future, and in 1850 he published the essay, vilifying Jewish composers and Jewish culture. Not coincidentally, Adolf Hitler would later adopt Wagner as the favored composer of the Third Reich.

In this smart and entertaining new film, directed by veteran British television pro Patrick McGrady, Fry tries to reconcile his love of Wagner’s music—the four operas that compose The Ring cycle, Tristan and Isolde and Parsifal, among others—with his revulsion over the composer’s link to the Nazis. As he demonstrates in conversations with musicians, conductors, scholars and one of Wagner’s descendants, Fry is thoroughly knowledgeable and enthusiastic, but his vexing task is further complicated by his heritage: He is Jewish, and several members of his family died in the Holocaust.

A portrait of conflicted fandom and a biography of bigoted musical genius, Wagner & Me follows Fry across Europe, from the Bayreuth Festival in eastern Germany, where Wagner’s work is performed each summer, to Switzerland,  Russia and, once more, to Germany, where, in Nuremburg, Fry grapples with all that Hitler wrought. The film opens Nov. 30 in Chicago and Dec. 7 in New York. McGrady recently sat down with Filmmaker to answer a few of our questions.

Filmmaker: I was wondering how the idea for the film was conceived. Did you approach Fry after learning of his conflicted feelings about Wagner?

McGrady: The idea for working with Stephen on the film started really when I was directing another project with him. My company, Wavelength Films, was making a documentary for the BBC about the Gutenberg press and the revolution in printing. We were filming on location in Germany, and driving between locations we found ourselves on a twisting road which ran along the sides of the River Rhine. In the backseat of the crew vehicle, Stephen was plugged into his iPod when a mysterious sound filled the van. “Rheingold! Rheingold!” The great man was singing—kind of—along to the music of his favorite composer, the legendary, controversial, Richard Wagner. And what better choice for this impromptu burst of karaoke than Wagner’s opera, Das Rheingold, which kicks off with a scene played out in exactly the landscape we were driving through? As the journey continued, the singing ended but as a fellow opera lover I was interested in Stephen’s particular passion for Wagner, and having got to know him I was also aware of his Jewish heritage. That intrigued me, sowing the seeds of our next collaboration.

Filmmaker: On the one hand, the film is concerned with Fry’s relationship to the music. On the other, you delve into the facts of Wagner’s life and his posthumous link to the Nazis. As you were shooting and editing the film, were you frequently reminding yourself that you were telling two stories at the same time?

McGrady: I was always conscious that I had to keep a number of themes in play. As a result, I always shot far too much and my executive producer then shook her head in disbelief. I had a plan to approach Wagner’s music and his legacy, good and bad, through Stephen’s approach to and love for the music. In some ways, there are three characters in the story: Wagner, Stephen and Hitler. That I think makes it really a multi-strand story. To tell this story, we had to cover the important biographical details of Wagner’s life so that people not familiar with it had that structure to hold onto. I was also keen to try and get inside the music—its scale complexity and beauty—without making a concert film.

I also knew that what would carry the audience along with us was to get them to trust in, and invest in, Stephen’s story. So there are lots of elements. It was important to me, and to Stephen, that we would make a film that would not speak down to an audience already familiar with Wagner, but we also needed to appeal to a broader audience who would recognize the name, perhaps know of the connections with Hitler even, but would not really have a grasp of the biography or musical achievements. I hope we achieved some of these things.

Filmmaker: There’s an extraordinary scene in which an Auschwitz survivor whom Fry is interviewing gently turns the tables and asks Fry what moves him about Wagner’s music. This is an unanticipated turn of events, but it’s also the byproduct of careful planning, of making sure that you and Fry and the rest of your team were in the right place at the right time. What does it feel like when your preparation and forethought results in such a compelling scene?

McGrady: I am so honored to have met and filmed with Anita Lasker-Wallfisch. She is a truly remarkable person, a wonderful person. I had read her biography and spoken to her and explained what we were trying to do. She was very keen to be involved, I think, because she felt she wanted to have this conversation with Stephen. She did not bat an eyelid that we actually ended up filming the interview on her birthday. As a woman who has dealt with so much in her life and escaped certain death through her own love of music and musical ability, she had a fearless quality. The cameras meant nothing to her, and in fact those eagle-eyed viewers may notice the odd plume of smoke from her cigarette floating into shot—she was completely at ease. I kind of knew their conversation would be an important moment in the film. It was amazing meeting her, and I am glad the moment does seem to work. 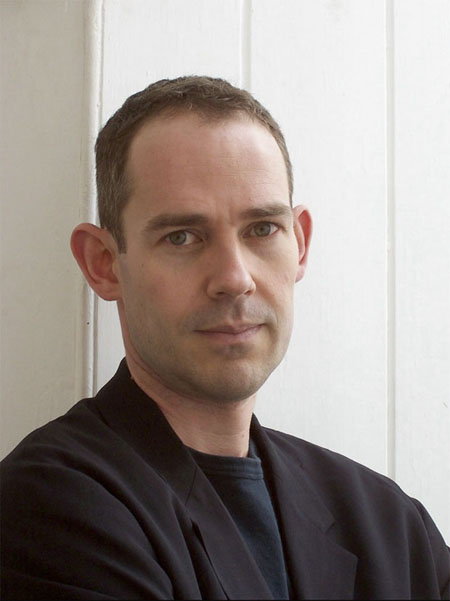 Filmmaker: In a scene shot at Nuremburg, Fry finds that he’s deeply uncomfortable to be standing in the spot that saw Hitler deliver some of his infamous speeches. Again, a case in which you put yourself in the right place at the right time—but also a matter of believing in the person who’s talking to the camera. What was the other Nuremburg footage like, and how did you know that this was the right bit to use in the film?

McGrady: I went to the same place with my producer months before. We spent a day there. It is a chilling but weirdly familiar location. We both knew how we felt about the place and discussed how and what to film there. When I was there with Stephen, we did an interview where Stephen is pitted against an academic who sees Wagner as a precursor of Nazism. This is filmed standing in the road—a kind of skating thoroughfare that now runs alongside the monument—and you see Stephen tested in debate, where he excels.

Then I tested Stephen to see how he would react more personally to the location and everything it represents so monumentally about Nazism by moving up the steps onto the monument itself. So what I wanted was a piece to camera about the location and its resonances—the opposite of a cerebral debate. We discussed where he would stand for this—the question of following so many tourists to stand on the podium was raised, and it was not an option. I had a hunch about how he might feel, having been through that moment myself. What I wanted was a personal, felt response (rather than something rehearsed), which I think is more interesting and meaningful. I know how erudite Stephen is and what a great thinker he is and I wanted him to think about what he felt out loud—in the moment, if you like. And I wanted to capture the initial and genuine response. So it may not be perfect, but it is completely authentic. It was done pretty quickly. That was the choice we made in the edit it because it was obvious that it worked best.

Filmmaker: The film required you to immerse yourself in the life of a composer who inspires a combination of adoration and revulsion. Did this sharpen the critical-thinking skills you rely on as a filmmaker?

McGrady: I know I listened to a lot of Wagner and read a lot about Wagner. I am not sure how it affected my critical skills—I think I did spend a lot of time reflecting of the issue of the art-and-artist debate, which Wagner and his music crystallizes. I think making the film helped me develop more as a filmmaker than as a critical thinker. With something like this, I had to ditch quite a lot of biography and detail and not over-tell the story to allow action, location and music to indicate ideas. An intelligent audience does not want to be told what to think, but to be asked to think and made to feel. That at least was the intention.