Amy Berg on West of Memphis 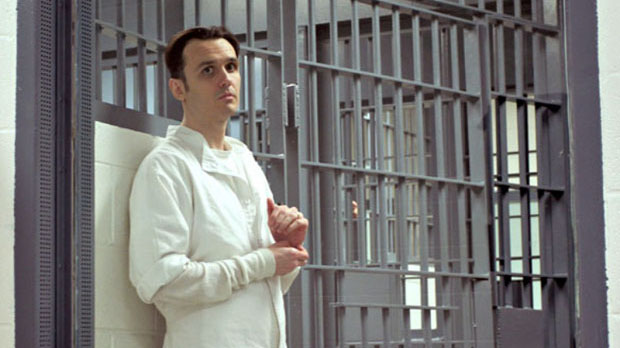 by Kevin Canfield
in Directing, Directors, Filmmaking, Interviews
on Dec 17, 2012

Amy Berg’s West of Memphis lays out an overwhelmingly strong case for the innocence of the men known as the West Memphis Three. Charged with the 1993 killings of three boys in Arkansas, Jason Baldwin, Damien Echols and Jessie Misskelley Jr. each spent 18 years in prison. Baldwin, Echols and Misskelley were released in August 2011, but they were forced, under an arcane statute, to accept responsibility for the murders. Now in their mid- and late 30s, Baldwin, Echols and Misskelley are technically still culpable, but Berg’s rigorous, science-based inquiry, should dispel any lingering notion that they were involved in the crimes. Political and institutional biases are revealed. Damning testimony is recanted. Cynical police work is exposed. Who murdered Stevie Branch, Christopher Byers and Michael Moore, then? Boldly, Berg amasses a stack of evidence suggesting that the police should take a closer look at a particular West Memphis man with a personal link to the case.

In 1996 directors Joe Berlinger and Bruce Sinofsky introduced audiences to this story in their documentary Paradise Lost: The Child Murders at Robin Hood Hills, returning to it in Paradise Lost 2: Revelations and the Oscar-nominated Paradise Lost 3: Purgatory. Along the way, the case inspired books, benefit rock albums and concerts, and, due out next year, Atom Egoyan’s Devil’s Knot, starring Reese Witherspoon and Colin Firth. For years now, one of the trio’s best known supporters has been Peter Jackson, director of The Lord of the Rings films and The Hobbit. The filmmaker and his partner Fran Walsh helped fund the drive to clear the West Memphis Three, and after seeing Deliver Us From Evil (2006), Berg’s award-winning documentary about a sexually predatory Catholic priest, they asked her to direct the documentary that became West of Memphis. Jackson, Walsh and Berg produced the film, along with Echols and his wife Lorri Davis.

In a recent interview in New York, Berg talked about the research that preceded her decision to make the film, her assertion that West of Memphis is incomplete until Baldwin, Echols and Misskelley are formally cleared, and how her film compares to the Paradise Lost trilogy.

Filmmaker: Five years ago you got a phone call. Tell me about that.

Berg: I actually got an e-mail. Peter Jackson and his wife wanted to get in touch with me about a film project. We started corresponding. They expressed extreme passion for this case, and this story. I was not that familiar with it. I had just heard about the West Memphis Three and Damien Echols. So I did research. I spent six months researching the case, the evidence, earlier documentary work, books—just reading and immersing myself. And then I met Lorri on New Year’s 2009. I went and met Damien a few months later. And here we are today.

Filmmaker: And all of this happened before you even agreed to make the film?

Berg: Yes. It was extremely daunting. I had to first believe that they were innocent, and then I had to figure out what I wanted to do as a film. It was a lot of soul-searching, knowing that it was not going to be an easy story to tell, and that there wasn’t a schedule or anything like that.

Filmmaker: Was there a “Eureka” moment when you decided that they were definitely innocent?

Berg: The moment for me was when I started to understand that the wounds on the bodies were not stab wounds—there was no depth to them. (In the film, Berg uses physical evidence and expert analysis to demonstrate that certain wounds on the dead boys’ bodies were not caused by human hands, as prosecutors had asserted, but by wild animals.) It really made so much sense. And then at that point you almost have to erase everything you’ve ever heard, because it’s illogical. But to explain that in a film, and really explain all the problems with the case, and show the audience what my experience was was massive.

Filmmaker: When did you first make a trip to West Memphis, and what were your impressions?

Berg: I don’t remember the exact date, but I took a few trips down there, and my impressions were—well, it’s a town that’s scarred by these murders. It’s depressed, it’s rundown, it’s pretty dangerous. It’s got like a police state-type of a vibe, where every time there’s somebody who’s not from around there, the cops show up and they’re intimidating you. People are so poor and there’s no good nutrition and there’s a lot of meth. It’s a really sad, sad town. Filmmaker: How do the people there react when another filmmaker comes to town, after Berlinger and Sinofksy had been there on and off for years. Were they dismissive when you first approached them? Or have some of them developed a sense of media savvy over the years?

Berg: I think there was a little bit of, “Are you going to portray us as dumb trailer trash from the South?” That was what a lot of people said to me. Were they media savvy? Not really. The most media savvy person is Damien, who’s such a great speaker and has done so much press.

Filmmaker: Rumors have surrounded one of the fathers of the murdered boys for years, but your film suggests that another one of the dead boys’ fathers might in fact be the murderer. As a filmmaker, that’s certainly not something you come to lightly.

Berg: No, and I made a point that I didn’t want to put anything in the film about him that wasn’t a deposition, an affidavit—something that was legally admissible in court. I didn’t want to be guilty of doing something that was not based on evidence. Because that’s what happened to Damien — it was all based on emotion. We just wanted to make sure that we were dealing with facts. So we stuck with things that had been vetted by lawyers and information that was admissible.

Filmmaker: There was a statement read by a publicist before a press screening of the movie that I saw this week. Was that for legal reasons? The statement said something to the effect of “The movie isn’t finished.”

Berg: That’s the truth. They’re not exonerated, and there’s no justice in this case, so the work is not finished. We’ve laid out a very compelling case for exoneration in the film and we just feel that’s the next step. It has to be the next step.

Filmmaker: Joe Berlinger did an interview recently in which he called West of Memphis “a strong companion film to the Paradise Lost series.” But, he added, “I look at the Paradise Lost trilogy as independent journalism. Objective independent journalism, meaning we are independent of our subjects. Whereas West of Memphis is being made by the film’s subjects. The people who created the news of that specific reinvestigation, the people who paid for that investigation, are the people paying for this documentary.” So, did you always have independence to go where the evidence and interviews took you?

Berg: Absolutely. We always just wanted the truth. We knew they were innocent. It’s not like we were worried that were going to uncover a rock that was going to suddenly be a connection to these guys, because they had no connection to this murder to begin with. They didn’t know the victims and they all had alibis. It wasn’t like they were worried about that. I came in without a history and I was just looking for the truth.

Filmmaker: Lots of prominent people lent their support to the West Memphis Three over the years. It’s easy to say: Peter Jackson, Johnny Depp, Eddie Vedder—who cares what they think about this. But the involvement of well-known advocates clearly helped make a difference. And it’s not you saying this—as we see in the film, that’s what the judge who released Baldwin, Echols and Misskelley believes.

Berg: There have been 53 executions [in the U.S.] in the past year. How many have you heard of? Do you know what I mean? The media was attracted to this case. There were so many different levels of injustice that were worthy of a film in themselves. People became very passionate. Because it was a closed case and a great deal of evidence was available, there was an online debate and discussion. The internet really helped this case go global, and I think that’s a huge testament to the power of the people.

Filmmaker: The local officials who targeted Baldwin, Echols and Misskelley—do you see any evidence that they’ve changed their minds and that they won’t say so because of political reasons, or simply because they have to live in West Memphis?

Berg: I would like to say that they have some kind of a conscience, but I didn’t see that. I didn’t see any kind of regrets. I think that John Fogleman, there is something going on inside of him, but he hasn’t said it yet. He’s the original prosecutor. [Judge David] Burnett has no qualms about how it’s all worked out. I just think that it’s obvious — it’s self-interest and politics.

Filmmaker: Damien is one of the producers of the film, and he’s here today promoting the movie. Misskelley and Baldwin—where are they now?

Berg: Jason is in college in Seattle. He’s first getting his undergraduate degree, and he wants to be a lawyer. He can’t be a lawyer with his conviction, so he needs to be exonerated before then. And Jessie is not doing that well. He’s having a lot of issues adapting to society. He doesn’t have an education that he’s pursuing. I think he’s staying inside a lot, that’s what I’ve heard. And so close to where it all happened.

Filmmaker: He ended up going back home?

Filmmaker: The early reviews are very good. Here’s one from a publication that doesn’t normally do a lot of film criticism. It’s from the ACLU’s website. It says: “West of Memphis highlights many of the problems that plague our criminal justice system not only in Arkansas but across the country: the use of false confessions, junk science, and prosecutorial misconduct to obtain convictions and a death sentence. The list goes on and on.” So in that sense, this isn’t just a film about a single miscarriage of justice.

Berg: That’s another reason why this case is so interesting, because it does speak to the issues that are so prevalent in the legal system. If things like that are being written as a result of this film, I feel like we’ve done our job. Talking about the politics in the justice system, talking about false confessions — in wrongful convictions cases, over 50 percent of them have a false confession attached to them. The issues of bias, junk science—these are just huge discussion points. I always saw this as a greater, broader discussion, so I’m glad that people are saying that.

Filmmaker: These guys are free, but is there a sense that they can be fully cleared at some point?

Berg: The state has the right to do that. The governor can do that.

Filmmaker: But has there been any indication that that might happen?