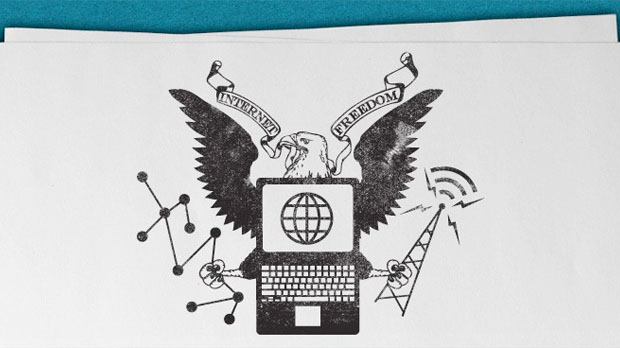 by David Rosen
in Distribution, Filmmaking
on Feb 4, 2013

Net neutrality may end this year. Verizon, AT&T and the American Legislative Exchange Council (ALEC) are spearheading a three-pronged attack against the open Internet and other open forms of digital communications.

If they succeed, telecommunications will be further “deregulated” and, thus, further privatized and monopolized. As a consequence, telecom services will get more expensive, local requirements subordinated to the whims of huge corporate monopolies, competition and innovation will suffer and U.S. world ranking in terms of broadband speed – 15th today! – will further erode.

One attack involves Verizon’s court challenge to the FCC’s very authority to regulate digital communications. Currently, Internet Service Providers (ISPs) – like Verizon – must treat all data equally and are barred from slowing down or blocking websites. The FCC oversees network congestion and consumer pricing. Verizon is challenging this authority. Verizon claims that FCC regulatory practice violates its 1st Amendment right to edit, prioritize or block its customers’ access to the Internet.

The federal D.C. Circuit Court is expected to rule on this sometime soon. It is pretty conservative and somewhat split. In December 2012, it supported the FCC’s regulation of Verizon Wireless over data roaming services. However, in 2010, it ruled that the FCC could not stop Comcast from blocking BitTorrent’s video sharing program. Stay tuned.

A second front is being pushed by AT&T and involves new Congressional legislation that would essentially end all regulatory obligations. It insisted, “AT&T believes that this [traditional] regulatory experiment will show that conventional public-utility-style regulation is no longer necessary or appropriate in the emerging all-IP ecosystem.” No accountability – problem with your bill, too bad; bandwidth speeds, good luck; rural customers, get f**ked; schools, hospitals, police stations, pay or goodbye.

To cover up this campaign, AT&T’s PR flacks recently promoted a new “$14 Billion” investment plan to upgrade its network. The nation’s leading media outlets – The New York Times, The Wall Street Journal, The Washington Post, Reuters, Fox News, Los Angeles Times, Forbes and Bloomberg – all gave it prominent coverage.  None of the established media asked the most obvious question: What have the telecoms, teleco and cable, been doing for the last 20 years?

Two decades ago they promised to build Al Gore’s “Information Superhighway” and were deregulated to do so. Since then, they’ve pocketed some $350 billion to build a post-modern digital telecom system.  What do we have today? A second-rate communications system!  Further deregulations – toothless regulation – will likely only make things worse.

A third front is taking place outside the Washington beltway. ALEC “model legislation” ending traditional telephone company accountability requirements has been adopted by 23 states. This legislation has removed “carrier of last resort”  and other requirements effecting rural communities, among others.

Last year, many within the broad tech, Internet and media communities organized to halt the Hollywood studios and record companies from pushing new “anti-piracy” laws through Congress. The battle against SOPA-PIPA is a model campaign for the next battle against Verizon, AT&T and ALEC to preserve net neutrality and an open Internet.