The Druid City: Interview with Kristyn Ulanday and Max Esposito 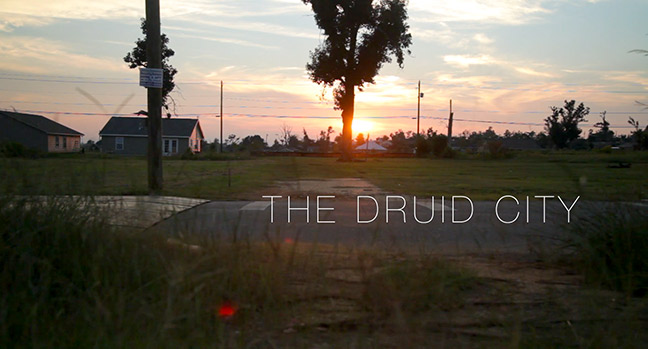 Kristyn Ulanday and Max Esposito graduated from the journalism department of Boston University in 2010. They both work commercially as freelance photographers and filmmakers, but in 2011 they also began a collaborative project called Full Frame America to tell the stories they wanted to tell.

The first result of that collaboration is a 24-minute documentary, The Druid City, that focuses on the town of Tuscaloosa, Alabama and how the residents have coped after the town was hit by an EF4 tornado in April 2011.

Filmmaker: How did you come to make this movie?

Esposito: We both felt like we weren’t telling some of the stories that we thought we would be telling when we got out of journalism school. We decided one of the ways to find and tell those stories would be to drive around the country and go off the beaten path and really look for them.

That’s where Full Frame America came from in terms of looking for communities around the country that represented different aspects of the American sprit or culture. The last major city we visited was Tuscaloosa, and that was where we started out first documentary.

Filmmaker: You were driving around and heard about this and just decided to go there and check it out?

Ulanday: We had known about it before we left; we were on the road from the end of May until the middle of July, and we decided to make it a stop during the trip. We were interested in telling these stories and hadn’t really seen a community that had gone through a tragedy like this. One of our friends that was there gave us a heads up and told us what was going on.

Filmmaker: Someone who lived there?

Esposito: Yes, a University of Alabama student who is also involved in documentary filmmaking.

Ulanday: We got there and realized that these people not only had really open minds and spirits, but they really wanted to tell us their stories. [They] were inviting us in for dinner and spending time with us to tell us what they were doing and the resolve they had to build back the city better than it was. We really took an interest in that kind of southern hospitality that we weren’t used to seeing and decided that it would be an interesting topic for a documentary. 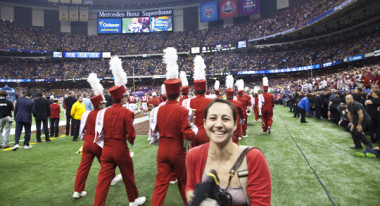 Filmmaker: When did you get there?

Ulanday: We got there at the end of June, three months after the tornado had hit, and stayed there until after July 4th. So about a week, week and a half.

Filmmaker: How many times have you visited?

Esposito: We went down three other times for a week or two through the course of the next couple of years to see how the residents were handling it and what progress they had made in the rebuilding and if people had left or people were coming in.

Filmmaker: What was the role that each of you took in making this?

Ulanday: We both co-directed the piece and shot all of the materials in the film. We both produced in terms of finding people and we both edited, so we pretty much split the work evenly.

We would take turns interviewing. When we were having conversations with [the subjects] we would see who they were most comfortable with or who had a better rapport with them, and that’s how we would decide who would do the interview.

Filmmaker: What were you shooting with?

Esposito: We were shooting with Canon 5D Mark IIs. For lenses, you name it and we probably had it with us. But I think primarily the interview setups were 24-105mm and then we had a 70-200mm for the tight shots.

Filmmaker: How were you recording sound?

Esposito: Sound was a combination of a boom mic and a lav mic — both Sennheisers — that fed into an external recorder. 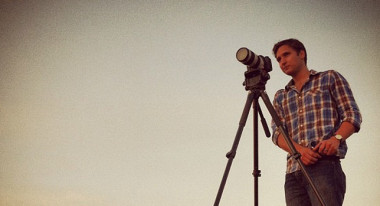 Filmmaker: What did you edit it with and why?

Esposito: Final Cut Pro X. I had to get a new computer right before we went on the road and I wasn’t able to install the old Final Cut. While we were on the road the new Final Cut was released and it was kind of a trial-by-fire — I used it because it was the only editing program I had. I hated it at first and then I started liking it a lot because it was pretty easy to ingest footage while we were on the road. We could edit while we drove and it just sped things up. Kristyn also adopted it too for that same reason.

Filmmaker: What was your edit process?

Ulanday: It started with transcribing each interview. We had about ten or twelve interviews, and I think only six made it into the actual documentary. As we transcribed it we had different themes that we were looking for; we started out with football, religion and southern hospitality, and as we were going through the interviews we pulled any quote that matched those themes.

We had a wall full of post-it notes with quotes on it and from there we cut it in half from about 40 minutes of interview to 23, and then from there pared that down even further to give it a more cinematic feel, as if you were following these people around.

Filmmaker: How did you decide that you were done?

Ulanday: We knew that we wanted to enter it in a couple of festivals. I think we just got to a point where we realized that the timeliness of the story wouldn’t be relevant if we didn’t start getting something together. It is a news event and while it is something that covers a range of time, the actual event itself was losing it’s timeliness because of the ever-growing news cycle.

Filmmaker: Was it completely self-funded? What do you think it cost?

Ulanday: The whole thing was self-funded. We both do commercial and advertising work as a way to fund projects that we are passionate about so we self funded all of it. I think in total it was between $10,000 to $12,000.

Filmmaker: What are you doing with it now?

Ulanday: Right now it’s on some film festival circuits, and it won the Redstone Film Festival for Boston University’s alumni program. Its being screened in the Boston International Film Festival, and we’re waiting to hear back from some other film festivals that will take place this summer. We’re looking to show it in Alabama at some point because the people in the film haven’t seen it yet.

Filmmaker: How did you get the narration for the movie?

Esposito: Something that often gets overlooked is that the voice-over is something that Kristyn and I wrote. A lot of people don’t realize that, and from the feedback we’ve heard it sounds like people are usually surprised because it’s in a form very similar to a sermon.

Filmmaker: Who is reading it?

Esposito: It’s a pastor named Ernest Palmer from the Cornerstone Baptist Church in Alabama, and he delivered it perfectly. It really carries the story through the different chapters and ties together a lot of things that we just didn’t have the time or the resources to delve into.

Ulanday: In the process of putting this together Max and I realized that because we were self-funding this we weren’t able to spend months down in Tuscaloosa immersing ourselves in the town. We were doing a lot of production up here in Boston, calling people and setting up interviews. Had we been able to stay in Tuscaloosa and take a month or two and immerse ourselves in the city I think the job of finding people and getting the pieces that we were missing would have been easier

The voice-over serves the purpose to bridge the gap between the things that we weren’t able to capture but still stay true to the story. 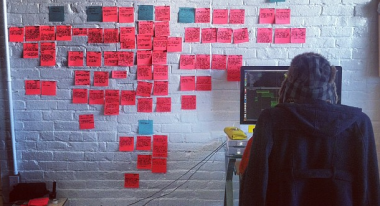 Esposito: We knew we wanted the sound to have an almost gospel quality to it. We talked to some different pastors, and when he called back we heard his voice and knew that this was a great sounding voice that we really wanted to have in our film. Then we sent him the script and he read it over and was enthusiastic about being a part of this.

One last thing I’d like to mention is that what was really fulfilling for us was how when we got to Tuscaloosa so long after the fact, people were really excited that someone was actually spending the time to listen to their stories and wasn’t just going in there and leaving and sensationalizing it. We would sit in their living rooms, and they were so engaged with us and so excited. [They] wanted to learn more about us as much as we wanted to learn about them. That was a really fulfilling experience.

Ulanday: I think that’s exactly right. It’s always about doing justice for the people whose story we are telling. We want to make sure that we are truthful and honest and telling the story from their eyes and not putting our own spin on it.

There was someone from Tuscaloosa at a screening we did in February and they were very effusive about it. They showed the mayor — who’s in the film — and he really liked it and thought that we did a true job and did the town proud. So for us we think that’s the most important feedback we can get: that the people whose story we are telling appreciate it and agree with it.

Some behind-the-scenes video can be seen here: