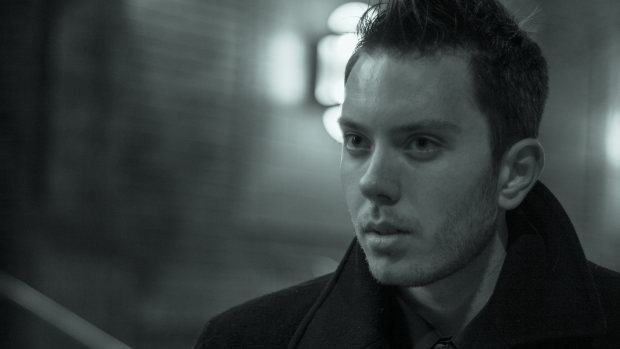 by Scott Macaulay
in Directing, Filmmaking, Financing
on Jun 4, 2013

In the debut piece in this column, Letters from Blocked Filmmakers, Drew Whitmire described a relentless perfectionism that led to him continually begin and begin again what was meant to be his debut feature — a 14-year process that resulted in only 15 minutes of footage. In today’s installment, Gregory Austin McConnell describes a related behavior: a continual re-envisioning of his feature as he ages and his own life circumstances change. Characters, storylines and tone all mutate as McConnell’s teenage dreams give way to adult realities — realities that bring not only creative change but also family responsibilities that make it hard to divert money to a feature film. Still, McConnell is keeping the faith. With his story locked down and some adult wisdom he’s embarking on an Indiegogo campaign to fund what he calls The Feature. Check out his essay below, the video for his SATO 48 win and then considering unblocking this filmmaker by supporting his Indiegogo campaign. — SM

I write this letter to you the night of a local 48-hour film competition’s award ceremony. I have competed in this event for the past six years — sometimes finding success, sometimes not. Tonight I walked away with three separate awards for my short film: Best Editing, Best Art Direction, and Best Director. I have managed to collect a total of 12 awards from this competition over the years, and I resolved on stage during one acceptance speech to no longer compete in this event in the future.

Why? Simple. I’m taking a leap of faith.

Since what feels like forever, I’ve been trying desperately to finish that elusive “feature film.” This project has morphed in shape and scope over the years, sometimes presented in conversation with my peers as a grand-scale operation – other times a small and intimate production.

The story for The Feature has changed over the years, as well. Scripts were written, rewritten, trashed, dug back out, shredded, burned, then restarted. The Feature has been re-titled more than I’m willing to admit: at one point Something Beautiful, then Lightly Laughing Lily, then claiming the provoking title Antithesis, then the obscure What If Beer Looked Like Milk, and Vice Versa?

Character’s names were changed – their actions altered. Entire acts were completely rewritten. The genre would change with my age. Coming out of my teens it featured less angst and more art. My early-to-mid-twenties now bring a harsh winter of raw emotion: the elusive and enthralling young woman my main character chases after has been replaced by the invisible prison of a small town and the unfair realities of caring for a sick parent who battles mental illness.

The setting of my story became darker and more closed in: less hope, more desperation. The climax is no longer a wedding… it’s a phone call to the credit card company to beg for three more weeks before they file a collections lawsuit. It’s the main character taking a job he’s overqualified for and doesn’t want just so his mother can afford to stay in the assisted-living center. There’s no longer a bowling scene between siblings… instead, a late night screaming match inside of a car where both parties refuse to take blame for their life’s unachieved goals.

The Feature is not the comedy it used it be. It has become a different beast.

You asked me why I believe my life and my project have not yet successfully intersected. As I grow older, I suppose I realize more and more that I’m burning valuable time I could have spent achieving my dreams simply because I’m too distracted with keeping the house of cards I call my life together. In order to feel like I was achieving something, my dreams had to be scaled back. Forget the Academy Award dream… I’ll settle for just getting screened at Sundance. Forget Sundance… I’ll take just FINISHING the stupid movie. Forget finishing the stupid movie… I’ll take just getting some cash to start shooting.

I open up filmmaking magazines at my local book store and scoff bitterly at the articles about amazing upcoming filmmakers who made their independent movies for the “insanely low budget of $50,000” Fifty grand? You’ve gotta be kidding me. That’s not low budget. I’ll take $4,000. If I could raise THAT much money I’d go out and shoot you a saga. But I can’t. Not when every penny I save is immediately pulled from my bank account and transferred to some nameless, faceless insurance company or bill collector. Not when a nasty divorce between my alcoholic father and my Alzheimer’s-afflicted mother meant that she had no money, and no one was around to take care of her. Forget it. She’s my mother. I’ll take care of her. Forget The Feature. Family is family.

But with what? I’ve spent the past couple years producing for television and putting together award-winning short films, but I’m still stuck at square one. Still no resources. Still only a small YouTube audience. Still being told I’m too young.

I’ve been blocked by life and love and loneliness and lack of funds. Things cannot continue like this. I have a story I want to tell. If I don’t tell it soon, this fire will consume me.

And so I must change things. No more short films. No more side projects. No more distractions. Make The Feature.

Call it a leap of faith. Call it a suicide jump. Call it what you will. I must go through with it if I am to realize that dream I dreamt a long time ago as I sat in a movie theater and watched Luke Skywalker save the galaxy.

So I quietly save under the mattress maybe JUST enough money to afford an actress that knows how to memorize lines. I’ve got the equipment. I’ve got a single friend who is the greatest cinematographer around — if only I could get him to show up to shoots on time (or at all). I’ve got a list of people willing to lend me their homes for locations. It’s a small list. It’s a small chance.

But as I grow older, I’ve found I have a funny habit of taking small chances and running with them. And so I think I’ll try one last time to make The Feature a reality. If I fail, I’ll give up for good, as I promised that audience of people tonight.

I’m backed into a corner.

The only way I can survive is to make one final push forward.