13 Takeaways from the 2013 Cannes Film Market 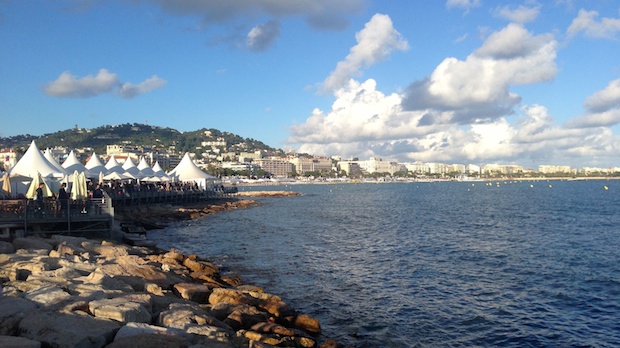 The Cannes Film Festival and Market

by Scott Macaulay
in Distribution, Filmmaking, Financing
on May 31, 2013

Earlier this week I posted “15 Lessons for Producers from the Cannes Film Festival and Market.” With the festival and market now firmly in the rear-view mirror, the consensus is that it was a solid one for the international sales community, without, perhaps that one giant locomotive title but with an appropriately modest number of films hitting their ask prices. Tastes were noted to have shifted, with buyers wanting “more Jennifer Lawrence and less Sylvester Stallone.” And on the pure indie level, I noticed, as I wrote in my piece on producers, a new crop of American independents have figured out how to effectively pre-sale their art-genre work.

Consider this baker’s dozen of bullet points a follow-up — quick takeaways from the market that, while being less actionable, offer observations on the state of international film business circa 2013.

Theatrical matters. As more and more films flood ancillary outlets, U.S. theatrical distribution matters more than ever to foreign buyers. It’s a powerful differentiator. “The power of U.S. theatrical is almost as valuable, if not more so, than a name actor when it comes to overseas,” one foreign sales agent told me.

Canada. Last year’s merger of E1 with Alliance Entertainment had ripples at this year’s Cannes Film Market, with more than one sales agent telling me that their “pricing power” in the territory had been impacted.

U.K. ancillaries are tough. Although iTunes has established itself in the U.K., the platform — and VOD in general — has not matured enough to compensate for the continued deterioration of the home video market.

VOD. To continue the previous point, last year in this space I quoted FilmNation head Glenn Basner, who said that VOD, sVOD and other forms of transactional video hadn’t developed enough in international territories to meaningfully impact sales. This year, from other sales agents, I heard the same. “VOD is not yet changing our pricing,” said one sales agent to me.

Spain and Italy are dead — for now. Roiled by the debt crisis and the effects of austerity, Spain and Italy, to say nothing of Greece, have almost been written off foreign sales agents’ estimates lists. The optimistic scenario I heard had these countries regaining their market position in four to five years.

China. In Cannes I met with two types of producers and companies: those who are looking for opportunity in China and those who are ignoring it. For some, the burgeoning local market, which relies heavily on theatrical admissions, provides opportunity for producers able to develop the appropriate material and partner with local companies. For others, the bureaucracy and cultural differences are too much. See further comments in my “15 Tips” piece.

DIY distribution works in the U.S. More than one foreign sales agent commented to me on the increasing ability of U.S. filmmakers to DIY their releases. The low-cost model used by a number of small distributors — and tipped by the New York Times recently in their profile of Oscilloscope — is now accessible to self-distributing filmmakers who can self-release theatrically on a small scale and then find aggregators to access platforms like iTunes and Amazon. (Shane Carruth’s Upstream Color is a great recent example here.) “The barrier to entry in the U.S. has gotten low,” one sales agent of larger films observed with a bit of admiration.

Subsidies. For a significant number of producers, making a business out of international production involves chasing subsidies. With a 40% cash rebate on qualified spends, Colombia is the latest country to receive attention from international producers. The rebate took effect in January, and since then, reports Variety, production companies like Participant, A Bigger Boat and Overbrook Entertainment have brought films to the country, several of them Spanish co-productions, allowing another source of soft money. For other producers, Eastern Europe remains a destination, with countries offering both cheap labor and subsidies. As Variety notes, Hungary, with its 20% credit, has been the home for features ranging from Brett Ratner’s latest to NBCU’s new Dracula. Hollywood producer Andy Vanja is even the country’s film commissioner. The Czech Republic offers a 20% credit while subsidy-less neighbors Romania and Bulgaria claim to undercut Czech and Hungarian labor costs by 35%. This year, Croatia, Latvia and Lithuania are all offering or will offer a 20% credit.

Older audiences matter. The first big deal of the festival wasn’t for some high-octane action film but rather for Philomena, Stephen Frears’ latest, starring Judy Dench. Aiming for a slice of that The Best Exotic Marigold Hotel audience, the film tells a true story of an Irish woman looking for the son she gave up for adoption many years earlier. The surprise here was the price — reportedly over $6 million for North American plus other territories — based on a seven-minute show reel.

Crossmedia is still looking for its place at Cannes. New this year at the Cannes Film Market was the Crossmedia Corner, devoted to crossmedia, transmedia and interactive storytelling work. Crossmedia projects like Alma: A Tale of Violence were available for viewing on PCs while afternoon events featured speakers like transmedia producer Michel Reilhac and IDFA Doc Lab’s Caspar Sonnen about the emerging field. Sonnen, who spoke at a standing-room-only live screening of Alma, called the Crossmedia Corner “a great effort for a first edition,” observing, “Audiences seemed genuinely inspired [by the work] and not just looking for new ways to finance or do social media marketing for their films. The level of the Cannes crowd is high, and the intimate space resulted in high-level Q&As and great informal discussions.” Others I spoke to hoped the Crossmedia Corner could be the seed of a larger effort in future years, and that rather than exhibiting work in the context of the market, the organizers could do a proper live cinema event attracting a wider section of the Cannes crowd. Indeed, I visited the Crossmedia Corner on several occasions during the fest and wondered why Cannes attendees would budget their time to watch work that’s already available online.

… and Netflix. The streaming video giant’s ascendance into the Hollywood establishment was confirmed for me by numerous conversations I had with sellers that all ended with the words, “and Netflix.” One producer told me he was going out with a TV series to all the usual suspects — HBO, AMC — “and Netflix.”

Sex sells. What else is new? In the ‘60s and ‘70s, sex was a big part of a many foreign films’ Stateside marketing campaigns. This year’s Cannes offered U.S. buyers that old-time sizzle with sexy films about prostitution, teenage lesbian love and murder. IFC’s Sundance Selects bought Francois Ozon’s story of a young prostitute, Young and Beautiful, as well as the Palme d’Or prize-winning lesbian love story, Blue is the Warmest Color. And Strand Releasing picked up Stranger at the Lake, an explicit tale of murder at a lakeside gay cruising spot.

International day and date. Some recent U.S. big-budget films, such as Oblivion, have done well in the U.S. after premiering first in foreign territories. But the word I heard was that international day-and-date, for both piracy and marketing reasons, would increasingly be the norm.