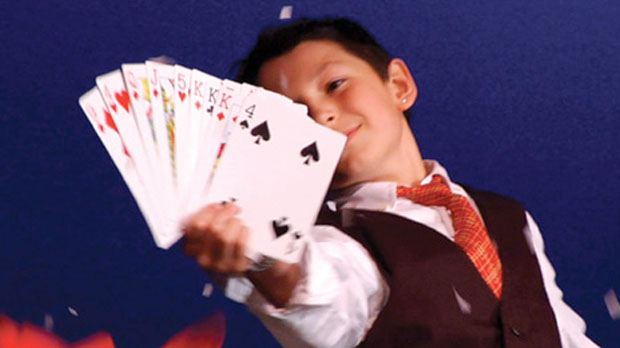 by Brandon Harris
in Directing, Directors, Interviews
on Jun 27, 2013

There is a camp for everything. Dance, wrestling, Jesus — you name it, your kid can camp it. In Judd Ehrlich’s charming Magic Camp, the kids have no desire to be the next LeBron James or Sidney Crosby, however; they want to be like one of the Davids, Blaine or Copperfield. Held each summer in Bryn Mawr, PA, Tannen’s Magic Camp, a spinoff of the famed Gotham magic store, teaches teenagers, mostly boys, the fine art of making a rabbit disappear into their ear or a wand suddenly appear in their hand. You think it’s difficult to saw someone in half? Just you wait. This is no hobby, however; most of the youngsters involved in Magic Camp have every desire to turn their skills into a career, be it in the big time with Ricky Jay and the Davids or on the birthday party circuit where most sleight-of-hand purveyors ply their trade. Heck, it’s probably a better living than being a writer.

The movie focuses, as these types of films usually do, on a small portion of the myriad campers, many of them delineating themselves from the pack from the get-go by impressing at the camp’s opening-night talent show to compete at finals a week later. It’s a nerdy scene, youth magic camps, and so we meet plenty of shy, mildly overweight adolescents looking to hone their skills, including a few that are so assured of their place in the future pantheon of magicians that they’ve quit high school to pursue magic full time. Directed with deftness and care by the 42-year-old ex-Magic Camper Ehrlich, whose previous credits include 2006’s Mayor of the West Side and 2008’s Run For Your Life, Magic Camp takes these kids’ desires and dreams at face value, skillfully leavening the esoterica of magicianhood with more than a dollop of good humor.

The film, which had stops in Toronto, Miami, Cleveland, Newport Beach and DOC:NYC during an impressive festival run, opens tomorrow at the reRun Theater in Dumbo. 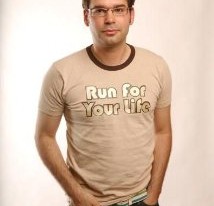 Filmmaker: How long have you been interested in magic?

Ehrlich: I have a longstanding relationship with magic. I grew up in lower Manhattan right next to the Flatiron Building. The old location of Tannen’s Magic Shop was right near my house. That neighborhood was a lot different than it is today, not a lot of people lived down there. On lower Broadway, there were a lot of novelty shops, magic shops, joke shops, and then Tannen’s was there. I got interested in magic and would go by Tannen’s a lot. It was this quintessential New York institution. It’s the oldest magic shop in New York. It started out in Brooklyn. I found out through them that they had started a magic camp which was the first of its kind, started in 1974. I went. I knew even then that it was a really unique place. Later, when I became a filmmaker, when I started making documentaries, I knew magic was a subject I wanted to return to and I knew the camp would be a natural place to go. I approached the camp about it. I think because they knew me as a former camper, it was much easier to gain access, which for a documentary filmmaker is a big part of making the film.

Filmmaker: It seems like a lovely place to shoot a film, that sprawling mansion in Bryn Mawr. Did you spend a lot of time there in the run-up to the camp, getting reacquainted with it?

Ehrlich: We really didn’t prep much. We didn’t do a lot of pre-production. When I went to the camp, it was at the military academy on Long Island. I was really thankful that they moved it to Bryn Mawr, just outside of Philadelphia, because it really is a Hogwarts stand-in and a much better backdrop for the film. Having gone to the camp and being familiar with the type of kids who often get into magic, I felt pretty confident that we’d be able to find some compelling stories when we went. Making a documentary is really just a combination of tenacity and luck and being in the right place at the right time. I had a great crew with me. We shot around the clock with two crews for the one week of Magic Camp. We came back with about 200 hours of footage. The editing usually takes some time on a project about like this.

Filmmaker: Did you get a sense while you were shooting of what kids were going to be the most compelling handful, the ones that would get heavily featured in the finished film?

Ehrlich: Some of the kids found us! We just knew, “This was a kid we have to follow.” Brian Woodbridge, for example, the camper who has Tourette’s syndrome, but sort of manages his symptoms through magic. He came right up to me that first day and I knew this is somebody we’re going to stick with. We had to lose some campers and some characters in the film, which is always tough, but we had to keep it to the story we’re trying to tell and sometimes you have to lose some great moments in the process.

Filmmaker: Was there anything in particular that got cut out during editing that was especially precious to you, be it a character or a magic trick?

Ehrlich: There were several subplots going on with the staff, a lot of things happening that year, that were fairly dramatic, and we had footage of it. But at the end of the day, I felt like the film needed to focus on the kids and the relationship between the kids and the older staff, many of whom were campers themselves and have come back and not missed a year of camp for 35 years. So I really wanted to capture the relationship between the campers and the staffers, and a lot of the campers’ individual stories. A lot of the really interesting and dramatic stuff in the lives of the staff that was separate and apart from the kids had to fall away.

Filmmaker: How did the camp staffers and the young magicians react to the film when they saw it?

Ehrlich: I always find that the most daunting part of making a documentary, showing to the people in the film, but if they like it then it becomes ultimately the most rewarding part of it. Everybody involved with the film has been so enthusiastic. We’ve been on the festival circuit for about a year and the campers and staff from the film have traveled with me all over the country, preforming and doing Q&As. In adolescence, you’re growing and changing so quickly; these kids have grown up a lot since the film. Instead of looking at it and being embarassed about certain things, they look at the film and say, “Wow, I’ve grown a lot since then.” I think that’s an incredible sign of maturity, that you can look at yourself on the big screen and see all the ways you’ve changed versus looking at it and cringing in embarrassment. We did a really special screening recently in Columbus, Indiana, which is the hometown of Brian Woodbridge, and he brought out all his friends and family, his church group, the whole town came out to support him, and he was so proud to be a part of this film and be able to share it with his community. It’s moments like that which make the experience of making this documentary worthwhile.

Filmmaker: How has your own relationship to magic changed in the course of making this film? Are you drawn to it in the same way you were when you were a child?

Ehrlich: It’s been a great way to get back into the magic world. It’s such a unique subculture. We did a screening at the Magic Castle in Hollywood, which is sort of a mecca for magicians. To be able to go in there and screen it for the magic elite and have them really respond to it is a real treat. I came away from it with a deep appreciation, both for the technical side of things, the amount of practice and work that goes into making magic look seemless, but beyond that the understanding that the most important part of it is the project of adolescence. I think the film is ultimately about finding out who you are as a person, much more than [it’s about] magic. Being comfortable with who you are and being able to get up on a stage and present that to people are important because only through being true to yourself, being uniquely who you are, are you going to be a successful performer and not a carbon copy of your magic idol. I think that’s true in life and true for so many things. So more than anything this is a coming-of-age story. It’s about these kids finding themselves.