Amazon Studios Ups the Ante in the Content Wars 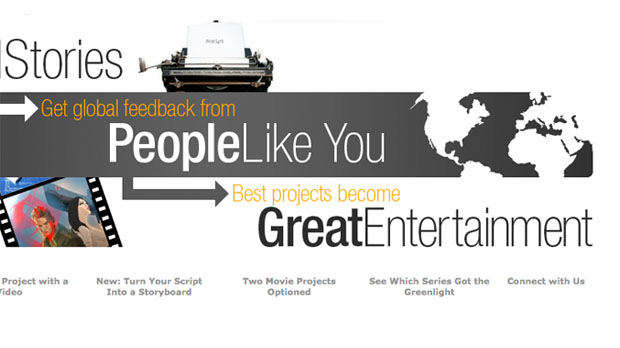 by David Rosen
in Distribution, Filmmaking, Production
on Jul 1, 2013

Amazon is upping the ante in the original content wars. On June 27, the giant online retailer’s movie group, Amazon Studios, started accepting 2- to 15-minute sizzle reels or pitches for feature-length films. Its Hollywonk blog said it was seeking projects that “express an idea that’s begging to be seen on the big-screen, in full-length, full-budget form.”

Amazon’s current development slate includes a mixed bag of movies: the horror flick, ZvG: Zombies Vs Gladiators, a thriller, Burma Rising, a sci-fi, Hiber, and a family comedy, It Came in the Mail.

Amazon entered the film business in 2008 when it acquired Withoutabox, an indie content aggregator, and expanded its commitment in 2010 with a $2.7 million “first-look” deal with Warner Bros.

Amazon says it will spend 45 days evaluating each movie submission and accepted projects will receive $10,000. Like other studios, the project will go into “development” and the principals will be paid (and get screen credit) for writing, directing and other roles that they are accepted for. Makers can earn $200,000 if the project is greenlit and a $400,000 bonus if it generates more then $60 million in box office sales.

Earlier this month, Amazon introduced its proprietary storyboarding tool, Amazon Storyteller, by which one can create and submit the movie pitch to the Studios group.

In a parallel move, Amazon is also seeking original concepts for primetime television comedies and children’s shows. It will option one new project each month and pay developers $10,000. If the concept is produced, the developer will receive a $55,000 payment, plus 5 percent of Amazon’s net receipts from ancillary sales (e.g., toy and T-shirt licenses) as well as other revenue.

Amazon’s expanded presence in original content-creation business comes just days after Intel, the giant computer chip manufacturer, announced a $2 billion commitment to “pay a 50% to 75% premium over industry-average rates”; it has struck deals with CBS, News Corp. and Viacom for web video rights. Other major tech companies joining this fast-and-furious gambit are Google’s YouTube, Netflix, Apple and Microsoft. One can only ask, “Whose next?”