5 Lessons on Making a “Bigger” Movie 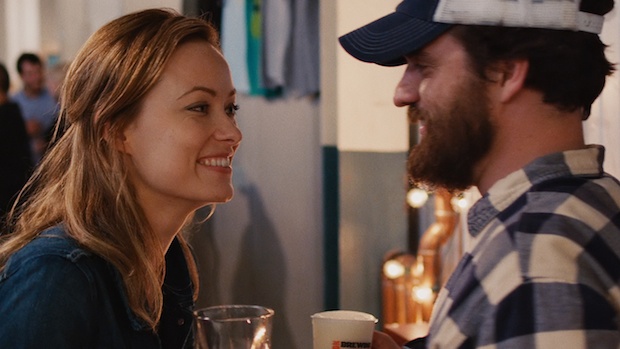 by Alicia Van Couvering
in Directing, Filmmaking, Production
on Aug 23, 2013

Movies come in all sizes.

On one end of the spectrum, there’s the micro-micro, you-and-your-friends, five-person-crew, max-out-a-credit-card and play a festival (maybe) movie. And then there’s Spiderman. In between, there are steps — adding a more famous actor, getting slightly more money, shooting in a place that isn’t your apartment with people you’ve never met before.

Below, some tips for adjusting to your “big movie” – some collected from experience, some handed down to me.

YOU WILL HAVE NO IDEA WHAT YOU’RE DOING.

Part One: You have no idea what you’re doing… and don’t worry about it.

If someone rolls their eyes at you because you say “Cut” when you were supposed to say “tail slate,” ignore it. If you get made fun of because you’ve never heard of “10-1,” go with it. An actor walks onto set and asks, “isn’t there a [some thing you didn’t even know existed] for me?” — don’t let it shake you. The only thing that anyone really wants from you is confidence.

Part Two: You have no idea what you’re doing, and neither does anyone else.

If you are inexperienced, chances are that the people around you are too. When you’re operating with no expectations and no money, it’s fun to be figuring it out together. But with more money comes more pressure, and that pressure can turn you against each other. Somehow, find a way to enjoy the fact that you’re all still learning. Somebody forgot to put gas in the generator and the lights go out in the middle of the best take of the most important scene? Don’t spend any time, ever, on figuring out who’s to blame. And hope that your team will let you off the hook when you make a mistake (which you will.)

YOU WILL NEED TO COMMUNICATE BETTER.

While greater resources give you more control over your vision in a general sense, the additional people also requires you to “let go” and delegate. If you’re used to working on your own, delegating is tough — doubly so if you’re not really sure who is responsible for what (Pop quiz: who’s in charge of eyeglasses: props or costumes?)

“Having a vision” isn’t about getting people to do what you want. A clear vision actually frees you to not know exactly what you want. If you communicate a general sense of the film properly, your crew will internalize your priorities and be able to hone in on the right details by themselves.

And be vigilant about giving everybody information at the same time — you might not think your decision to shoot b-roll after wrap is anybody’s business but yours, but it is.

YOU WILL NEED TO KEEP MORE SECRETS.

The more people you are leading, the lonelier it is to lead. Your bad mood was just a bad mood around your film school buddies; now your gripes are set gossip for 50 people. The news you get at 10AM is either going to get better by lunchtime, or the entire movie is going to shut down. As the stakes get higher, the information you have gets more powerful. Remember how many people are taking their cues from you: Is it going to be a good day, is this movie going to be good, is the actor happy, are we running out of time? Everybody on set is looking for those answers on your face.

YOU’RE NOT QUITE AS FAST AS YOU THINK YOU ARE.

#Truthbomb: EVERYBODY making a movie with a five-person crew and non-actors is “really fast” and “never does that many takes.” Of course you were fast: there was nothing around to slow you down. A bigger film allows you to set things up with more precision, work with more experienced actors, to record usable sound and stay in focus – but it almost always has a wider turn radius. Plan accordingly.

IT’S NOT YOUR LAST MOVIE.

It’s just your next movie.

Ask yourself: aren’t you making movies to take creative risks? If you can’t embrace risk, how are you going to make something original? If you’re not a baby step away from spectacular failure, you’re probably playing it too safe. There is always going to be another movie.

For how another tip — the Fun Mandate — played out on Joe Swanberg’s Drinking Buddies, see this companion article by Van Couvering.

Alicia Van Couvering is an independent producer whose credits include Lena Dunham’s Tiny Furniture, Ry Russo-Young’s Nobody Walks, Bryan Wizemann’s About Sunny, Whit Stillman’s Damsels in Distress and Joe Swanberg’s Drinking Buddies. She is also a Contributing Editor of Filmmaker.