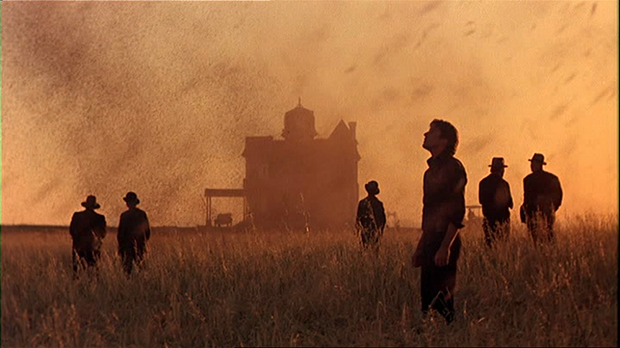 by Shaun Seneviratne
in Cinematography, Filmmaking
on Aug 30, 2013

Nestor Almendros has quite the filmography: most of Eric Rohmer’s films, a good amount of Francois Truffaut’s, Kramer vs. Kramer, Sophie’s Choice, and Days of Heaven (often considered one of the most beautiful films ever made). No big deal.

You’d think that a cinematographer of his pedigree would be technically proficient and incredibly exacting in his approach. This couldn’t be less true. His approach to cinematography was incredibly intuitive. Directors and cinematographers alike could learn a lot from Almendros’ process, particularly when working on lower budgets and tighter schedules.

Lighting Must Be Justified. Almendros believed that lighting exists for the actors, not the other way around. Don’t be too precious with your lighting setups. In thinking back to prewar French films, Almendros said, “The light hit [the actors] right between the eyes, an ‘artistic’ gloom hid the rest of their faces, their bodies were illuminated separately, all of which made them move and act like robots.”

He believed that lighting must always be justified. “I believe that what is functional is beautiful, that functional light is beautiful light. I try to make sure that my light is logical rather than aesthetic. In a natural set, I use what light there is, reinforcing it when necessary. In a studio set I imagine that the sun is shining from a certain point outside and I decide how the light would come through the windows. The rest is easy.”

Don’t Blindly Obey the Rules. It’s important to know the rules, but one doesn’t need to be a slave to them. “From the renaissance onward, many long treatises have been written on the rules of composition. A cinematographer should first know them and then forget them, or at least not consciously think about them all the time, for if he does, he risks eliminating all naturalness from his cinematographic narrative.”

Some professional technicians might not understand this and will try to veer you back on course, so it’s imperative that you stand your ground if you’ve done something with purpose. When Almendros was color timing La Collectionneuse, he was not taken seriously in the lab because he was a newcomer. “The scenes that took place at dusk had a strongly predominant orange tone; when we were timing the film in the laboratory, the technician didn’t understand me and wanted to correct the colors and take out the orange (at the time dominant warm hues were not used, as it was thought they would look like tomatoes). It was impossible to convince him, so I had to act authoritatively,” said Almendros. 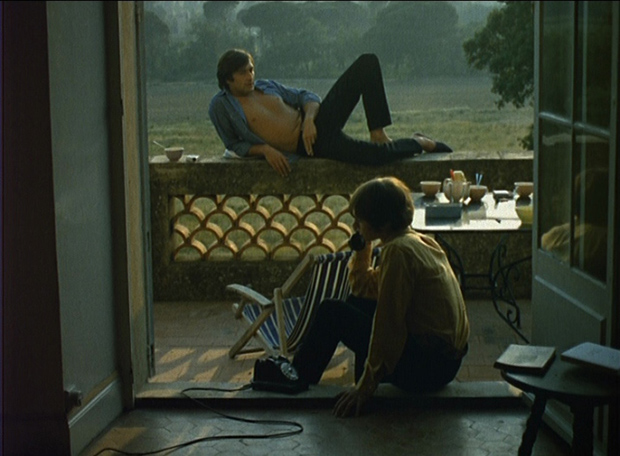 “Things changed when the film became successful, and later on, these warm tones became fashionable. One of the problems of filmmakers who are just starting their careers is that they have to do battle with the technicians, who always reject aesthetic innovation and blindly obey the rules laid out in the manuals.”

New Toys are Cool. Simplicity is Better. Terrence Malick’s Days of Heaven was one of the first films to use Panaglide, Panavision’s version of the Steadicam. “At first Terry was quite taken with the new device that he wanted to shoot the whole film with the Panaglide. We soon realized that although it was very useful, sometimes indispensable, it was not to be used exclusively… The rushes were brilliantly executed, but with too much virtuosity; the camera was like another protagonist intruding the scene. We soon found out that often nothing competes with a rock-steady tripod shot or the slow, invisible, regular movement of a classic dolly on wheels.”

Almendros got his start with La Collectionneuse, where he quickly learned the beauty of keeping things simple. Not that he really had a choice — the film only had 15,000 feet of 35mm stock. With its meticulous planning and austere shooting principles, Rohmer and Almendros got the film in the can with a 1.5:1 shooting ratio. “A small budget compels the director of photography to work rapidly and find simple solutions. It also prevents the image from becoming too mannered, which can happen when people have the time to dream up complicated schemes in a big production.”

Be Culturally Engaged, Experiment, and Watch Movies. Almendros is almost anti-technique in his rejection of traditional cinematographic education. According to him, an assistant can always take care of the technical elements — setting up the lights, measuring focus, etc. It’s the director of photography’s job to be sensitive to the needs of the story and have a solid cultural background from which to draw from. As he says, “Once a few basic techniques are learned, the job is not very complicated.” The best way to learn is to shoot “anything and everything, making mistakes from which they can learn, [and] see a great many films.”