Notes from the Front Lines with Milo Daemgen, Producer of The Shotgun Waltz 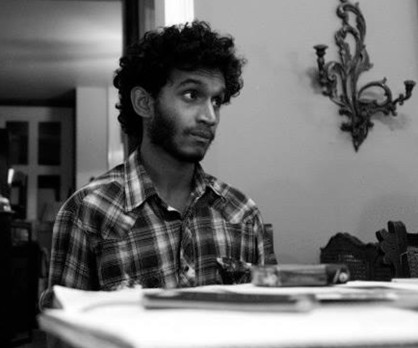 One of the great things about Independent Film Week is getting to meet so many other filmmakers who are sharing in the same experience working in independent film. On any given day of the conference you could be sitting next to a producer, director or distributor who might end up helping you on your next project (or maybe you’ll end up helping them!) You also end up hearing about a lot of great projects and films, which is exactly what happened one session this week when I found myself sitting next to Milo Daemgen, independent producer of various short & feature films, but most recently The Shotgun Waltz, “a twisted psychological thriller set in New Orleans.” 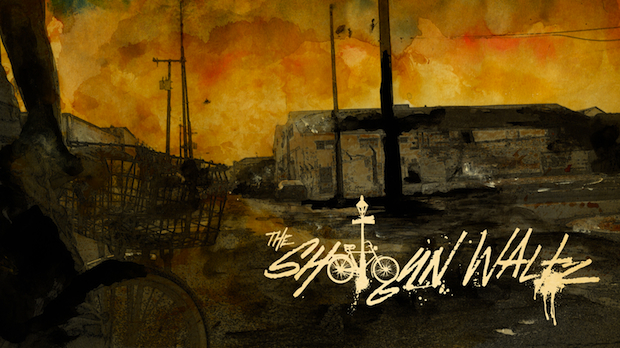 Filmmaker: I’m curious to find out what brought you all the way up north from the Big Easy and what you were hoping to gain from your Film Week experience?

Daemgen: Fantastic luck in my schedule (brought me to Film Week)! The company I co-own, The Greenhouse Collective, had the opportunity to screen the feature we produced LIVE | EVIL in New York City during the same week as IFP. Also, several artists and collaborators I know from New Orleans were accepted into IFP Project Forum: Garrett Bradley with her film, Below Dreams is in the Narrative Labs and Jimmy Ferguson with his film Am I Don Quixote? is in Spotlight on Documentaries. I last worked with Jimmy as a co-producer and AD on a 35mm short film he shot, Madchen, written & directed by Ji Un Choi and winner of best cinematography at the New Orleans Film Festival in 2012. Jimmy is now working with Ji and myself on Ji’s first feature The Shotgun Waltz, which is currently in development.”

Filmmaker: So The Shotgun Waltz seems to be your most recent project in development. Can you tell us a little more about that?

Daemgen: For the past year I’ve been working with writer/director/producer Ji Un Choi, in developing her first feature, The Shotgun Waltz. The story follows a bicycle delivery boy, Travis, one night in New Orleans, as he searches for his missing sister, Sadie. Unknowingly drugged at a debauched party, he begins to hallucinate, and as the night wears on, his visions become more visceral, more vibrant, but also more extreme, and threaten the chances of him ever knowing the truth about his missing sister. At its heart, The Shotgun Waltz is a psychological thriller but one with a poetic bent, that turns outward the internal emotional world of Travis, so we see what he feels within a cinematic space.

One of the great things about working in New Orleans on The Shotgun Waltz is the raw talent running through the town and our team. We have some of the finest NOLA musicians attached to our film: Detroit Brooks, Dr. Michael White, Donald Harrison, Quintron & Miss Pussycat, and Vockah Redu, to name just a few. Because music is such an integral part of New Orleans, The Shotgun Waltz is integrating music into the film itself, so that the musical landscape matches Travis’ emotional state. We are also going to be recording most of the music live, on-set, akin to the method used in the HBO show Treme, and so we are also collaborating with Treme’s Music Supervisor Robert Bigelow for that exact purpose.

Two months ago we successfully raised $15,000 on Kickstarter for seed capital and since then we have been refining our investor packet and marketing materials. Fairly unique for an indie film, we brought on a marketing company, Epilogue Publishing, very early into the process. While many films wait until film festivals to begin branding themselves, we saw that a strong brand could help us throughout the entire development phase. However, by and large, the strongest asset The Shotgun Waltz has (besides the story, which is a ride, and the visuals which Jimmy is well suited for, and the music) is that this is a portrait of New Orleans, to be produced in New Orleans, and will be made by emerging filmmakers who love and live this city. 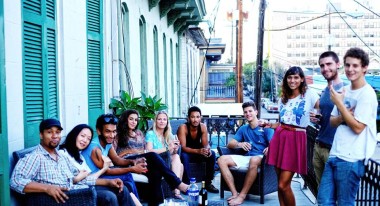 The Shotgun Waltz team celebrating the launch of their Kickstarter campaign.

I sometimes imagine where New Orleans will be in several years and I see our young team as being a vital part of the potential that currently lives within New Orleans.

Filmmaker: Were there any particular panels you were interested in seeing?

Daemgen: Every panel was illuminating and helped clarify many concepts that one struggles to articulate as a young independent producer/filmmaker. “New Black Voices,” however, stood out to me because of the great rapport between the three panelists, Shaka King, Yoruba Richen and Terence Nance. They thoughtfully and humorously dissected the difficulty in securing financing for black indie filmmakers. Even for the success they’ve achieved with their first features (in particular Terence and Shaka) it did not guarantee they would get backing for their next one, which was an eye opener for me and a real shame for all of us.”

Filmmaker: Was there anything specific you were hoping to gain from attending the conference? Do you feel you accomplished that goal?

Daemgen: I really didn’t know what to expect, I just tried to remain open to the information and people. I was able to meet and talk with many filmmakers who were participating in the IFP Labs, and it was refreshing to hear them warmly embrace and compliment other filmmakers, including those they just met within the lab; that to me showed a love of the art form and the people behind it. Film can be a very singular, I’m-out-for-me pursuit, but only if one allows it to be so. The energy of IFP was, “Yes, we are here to network but let’s be cool about it and reveal ourselves as full-blooded individuals and artists.” It’s a good mentality, and one to remain conscious of. And of course it was lovely to talk with and listen to established producers, and to run up to Jon Kilik as he was being escorted away after his Keynote address and hand him the DVD to LIVE | EVIL.

To learn more about Milo’s work, visit thegreenhousecollective.com and theshotgunwaltz.com.