How Big a Team Do You Need to Drive Box Office? A Talk with Gathr’s Richard Matson 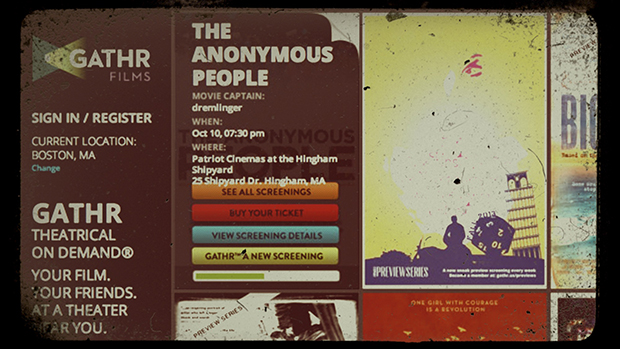 by Michael Murie
in Distribution, Festivals & Events, Filmmaking
on Oct 9, 2013

In the past, films that don’t have a large distributor behind them had only a couple of distribution options: they could go straight to the internet and DVD, or the filmmakers could travel around the country arranging screenings at festivals. Now Gather Films offers a third option: on-demand theatrical performance. With Gathr, a screening of a film can be requested at a local theater, and if enough people buy tickets the screening happens. Gathr handles independent movies, as well as larger movies that are being distributed and promoted, but may only have organized theater runs in a few cities.

Richard Matson of Gathr Films spoke about the company at the Film, TV & Digital Session panel at the recent Hacking Arts event.

During the panel, Matson said that Gathr’s biggest success so far is a film called Girl Rising, a documentary about empowering girls in impoverished countries through education. In six months and about 850 screenings the movie grossed approximately 1.7 million dollars. During his talk Matson noted that the filmmakers had three years of work behind them galvanizing women’s groups. They also had a group of ten people in New York who worked on promoting the movie to different groups.

But if ten people could drive a movie to 1.7 million, how much work does it take for the average filmmaker to have a success? Matson offered another example, a movie called The Anonymous People, which is a documentary about addiction. That movie, through the work of just the filmmaker, has grossed somewhere around $120,000.

We interviewed Matson after the event.

Filmmaker: How did Gathr start?

Matson: Gathr was started in November of 2011 by Scott Glosterman. He was a filmmaker who had made a couple of documentaries and had seen the difficulties of distribution with smaller films.

Filmmaker: How does a filmmaker work with you?

Matson: We’re curated. We tell filmmakers we are a platform and a set of tools that can enable their film to reach an audience, but we’re not a traditional marketing company. We have certain marketing and publicity in-house, and we have a user base that we can tell about your film, but it’s really how much of a community do you already have? How much are you willing to create? If that’s not there, there’s not a whole lot we can do for you. 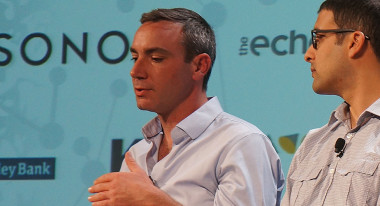 Matson: We have an acquisitions team and you just email the site and tell us about the movie and then we’ll request a screener.

Filmmaker: Assuming you get though that, what’s next?

Matson: There’s not a whole lot to it. We have meta data that we collect, just like any other distributor, the tech aspects of the movie, artwork, synopsis, and then we can get the movie up on the site in an afternoon.

Filmmaker: Do you have relationships with theaters throughout the country?

Matson: Pretty much everywhere. We’ve worked with thousands of theaters at this point, both chains and the art-houses, even the smaller regional ones.

Filmmaker: Gathr seems to be for someone who wants to distribute the movie on a large scale and for someone that wants to premiere their movie at a local theater. Is that a fair statement?

Matson: It doesn’t do much for us economically for you to have one screening for your family. The effort that it takes to sign you up, talk to you about your film, watch your movie and then put it on our site — if that’s all that you’re going to do then we’re probably not interested. 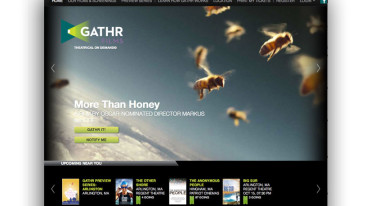 Filmmaker: What format do you distribute the movies in?

Matson: The majority is DCP, but we still do a lot of Blu-ray distribution.

Filmmaker: What’s the process for DCPs?

Matson: We can create it for you, or you can give us your master DCP. The same thing for Blu-ray. DCPs are around $1,000 and that’s just our cost, and Blu-ray authoring is maybe $400. Most filmmakers don’t come to the table with a DCP, they will have a Blu-ray.

We don’t work with just filmmakers; that’s about half of our business. We’re also facilitating distributors releases, so they’ll come to us and say “We’re going to be in 10 markets, you can have the rest of the country for on-demand,” and we’ll launch at the same time.

Another big part of what we do is film series. I started in late April the Gathr Preview series, which we do in 15 cities. Every week the audience gets to see a new movie that’s being released.

Filmmaker: What do you think a filmmaker needs to do to be successful?

Matson: I don’t know if this is a cliché at this point, but they should have a good idea of who their audience is, and I hate to say that to a filmmaker because I don’t want to believe it… But they should, along the way, be identifying potential partners who can help them find the audience, and creating as many relationships as they can. Maybe it’s a corporate sponsor, maybe it’s an NGO that’s going to elevate the reach beyond the filmmaker and their friends.