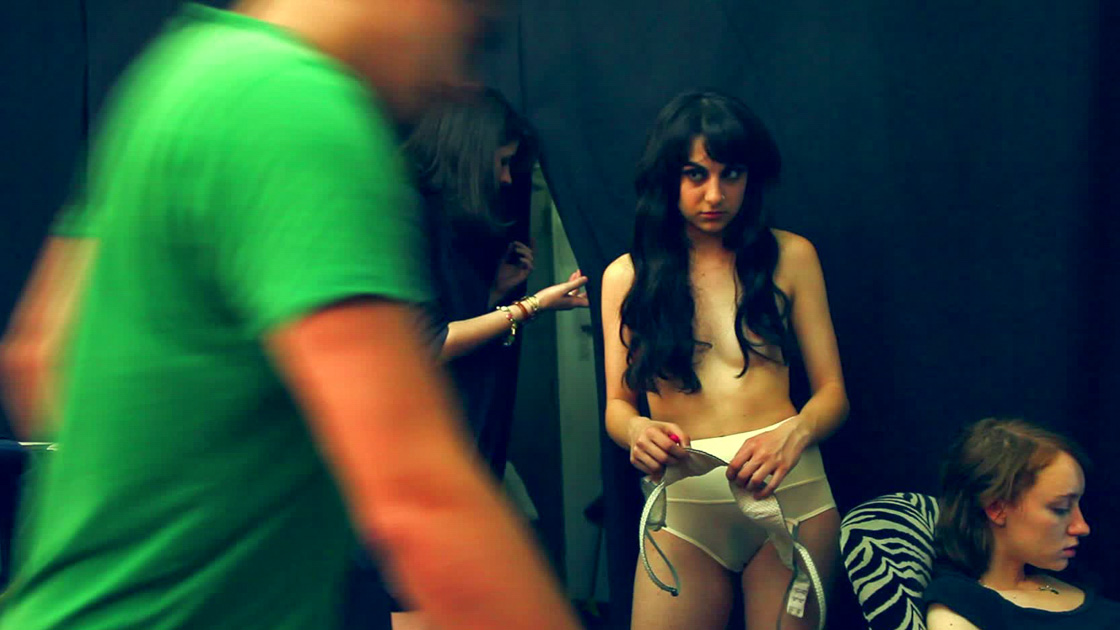 I Love Your Work

by Lauren Wissot
in Directors, Festivals & Events, Transmedia
on Jan 23, 2014

A three-time Webby Award winner and a 2009 World Economic Forum “Young Global Leader,” who has exhibited at MoMA and built the world’s largest time capsule with Yahoo!, Jonathan Harris can now add the firestarters IDFA DocLab Award for Digital Storytelling – for his latest interactive project I Love Your Work – to his esteemed CV. In it Harris invites us on an online journey not to the Arctic Ocean with Alaskan Eskimos – as he did in his previous piece, The Whale Hunt – but into the lives of nine women residing in a much hotter climate, that of the lesbian porn industry. Filmmaker spoke with Harris, whose guiding mission is to “make projects that reimagine how humans relate to technology and to each other,” right on the heels of his IDFA win. (Both I Love Your Work and I Want You To Want Me, in which Harris tackles online dating in similar form, screen in the New Frontier section at this year’s Sundance.)

Filmmaker: Can you discuss the genesis of the project and its relationship to your prior work?

Filmmaker: These lesbian sex workers live in various parts of the country and range in age, background, specific profession, and even in sexual and gender identity. How did you choose these nine subjects?

Filmmaker: Why is filming in five-minute intervals (as you did with The Whale Hunt) – and thus leaving narrative gaps – so important?

Harris: I’ve always been drawn to fractured narratives more than to linear ones. Linear narratives often feel contrived to me. In real life, things are so complex and confusing, and there’s rarely neat resolution. In life, it’s like you’re always in the thick of it, trying to make sense of all the things you’re feeling and perceiving. In my projects, I try to create that feeling – where there’s not one pre-packaged experience, but where instead it feels more like an open-ended exploration, almost overwhelming in its endlessness.

Filmmaker: As those of us who’ve experienced the sex industry firsthand know, perhaps its biggest secret is how unsexy it often is behind the scenes. (Business is business whether you’re selling sex or stocks.) Your camera certainly captured the average daily lives that most sex workers truly live. That said, the supposed “tease” in I Love Your Work comes from us not knowing whether the subjects are really opening up on camera or still keeping secrets, still performing for it (or so says the IDFA synopsis that first intrigued me). But isn’t that a bit disingenuous? I didn’t feel these unabashedly proud sex workers particularly cherished privacy and secrets or had much, or any reason, not to be forthcoming.

Harris: You’re right – I don’t think they’re necessarily hiding anything. The IDFA synopsis wasn’t written by me, and I think it’s misleading. The “tease” has more to do with the format of the work – that you have to buy a ticket and wait to see it, and that the individual clips are so brief, only ever giving you a peepshow view of any moment and then skipping ahead to the next one. This process is meant to feel disorienting and frustrating, like the subjects are always out of reach, moving away from you, skipping ahead.

Harris: I shot the footage using a Canon 5D Mark II with a Zacuto Z-Finder and a Sennheiser microphone attached to the camera. I edited the footage using Final Cut X, and built the custom interface using Adobe Flash. The scheduling system is built using PHP and MySQL, and Stripe.com processes the payments.

Filmmaker: What does the interactive web format provide, say, over a linear reality TV series?

Harris: I touched on this earlier, but I think interactive environments can deliver the experience of active discovery – not just passive entertainment. When you’re taking part in how something unfolds, you have more of a stake in it, and it affects you differently.

Also, interactive environments somehow feel more true to the times in which we live. The capacity for complexity, depth, and endlessness. The ability for individuals to choose their own path. The merging of statistics and storytelling. The layering of information. The capacity for multiple perspectives. The primacy of experience over entertainment.

To experience Harris’s work for yourself, visit iloveyourwork.net. Tickets are $10 apiece (limited to 10 viewers per day), and are valid for 24 hours.