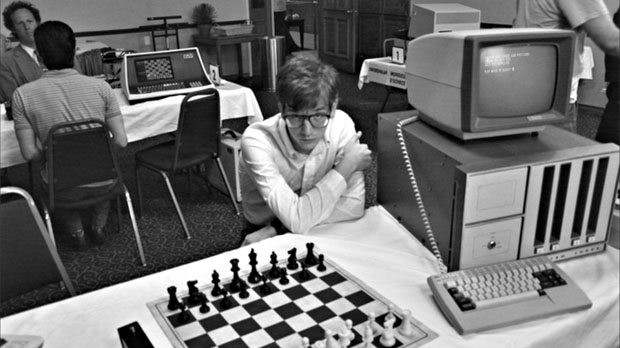 by Sarah Salovaara
in Distribution, Filmmaking
on Jan 9, 2014

In advance of Sundance, the unofficial birthplace of the annual independent film calendar, Manohla Dargis has something to ask of the attending distributors: “stop buying so many movies.” Or at least, stop offering so many theatrical deals. “It’s hard to see how American independent cinema can sustain itself if it continues to focus on consumption rather than curation,” she writes. “There are, bluntly, too many lackluster, forgettable and just plain bad movies pouring into theaters, distracting the entertainment media and, more important, overwhelming the audience.”

Her claim comes from a kind-hearted place. She ventures that the wonderfully singular Computer Chess could have gathered healthier box office receipts, “if it hadn’t been forced into the marketplace alongside 20 other independent releases that opened in New York the same week and were all vying for pretty much the same nonmainstream audience.” Further, “only four big-studio movies opened the week it did, and they crushed the box office.” (It goes without saying that the “nonmainstream audience” and its “big-studio” counterpart are not remotely comparable in size, but perhaps it’s worth noting that Hollywood often plots its release calendar a year in advance.)

It’s an interesting dilemma — or, more accurately, double standard. Just because we expect “that a percentage of the big-studio releases will be bilge,” should the same benchmark be set for independent cinema? The answer for Dargis, standards intact as ever, is a resounding no.

In polling industry personnel on the issue, Dargis received back-up from Janet Pierson on the downsides of a medium democratized. “The impulse to make a film has far outrun the impulse to go out and watch in a theater,” responded Pierson. “It’s upsetting to think that filmmaking has become a hobby for those who can afford it or that so few of these films are having any impact at all.”

Pieces of Dargis’s argument, however, are hampered by narrow-minded, retroactive asides. She expresses her dismay at those who “[dump] crummy movies that should go straight to on-demand into theaters just to get a review,” thereby bestowing VOD and its ilk with an air of subordination. She likens such movies to those “that once upon a VHS time would have been relegated to the bottom shelves of my local video stores, the kind that were straight-to-video.”

Accidentally or otherwise, Dargis is perpetuating the unjust stigma that accompanies the new distribution model for many independent films. It may not be romantic, but the fact is, VOD is profitable. For cinephiles like Dargis (and myself), disturbed by the death of the theater-going experience, this can be a cumbersome concept to wrap one’s head around. Why forgo the complete viewing experience for another night on the couch? But as she says herself, “When you talk about movies, you also need to talk about money.”