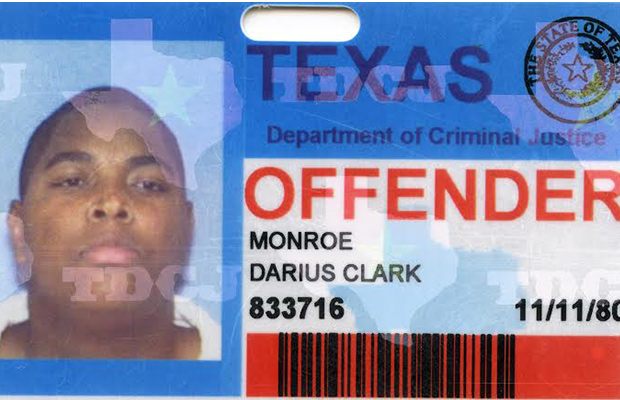 by Sarah Salovaara
in Directing, Filmmaking
on Mar 7, 2014

A pastiche of confessional interviews, recreations and decade-spanning raw footage, Darius Clark Monroe’s Evolution of a Criminal examines the director’s transition from a 16 year-old Texas honor student to incarcerated bank robber. Not so much a malicious jaunt as an impulsive act of financially strapped naiveté, Monroe revisits his victims, family members, teachers and friends as he tries to piece together the puzzle behind this life-altering moment. Below, Monroe speaks about why his film is not just for the convicted, his reasoning for recreations and how the camera elicits honesty. Evolution of a Criminal premieres tomorrow in the Visions section at SXSW.

Filmmaker: While you’re in jail, around age 18, you realized you wanted to go to school to become a filmmaker so you could tell your story. Why did you keep quiet about that very story until the film was complete?

Darius Clark Monroe: Once I was released from prison, I continued going to college, having transferred from Lee College (a community college with a prison satellite campus, located on my unit) to University of Houston. Although my first semester was tough, figuring out how to set up an email — learning how to register for classes and applying for financial aid — it never once occurred to me that I should share my background with my professors and fellow students. This wasn’t due to me being ashamed. I just didn’t feel the need to wear my past and be forced to relive it each time I met a new person.

While at NYU, a few classmates knew about my background, but that’s where it remained, in the background. I’d also add that it’s hard to omit huge chunks of one’s life during normal day-to-day conversations. Eventually, someone was going to ask me about something that occurred during 1998, 1999, 2000, or 2001. So it wasn’t that I was quiet, I just didn’t tell everything to everyone.

Regarding the film, I had no idea that I’d make this film until the beginning of my third year in grad school. Once I knew that I was really going to go through with it, it was the second semester and school was almost over.

I’d say it was all timing. The desire to embark on this journey simply happened while I was deep into the grad film program.

Filmmaker: I wanted to ask about some POV choices you make with respect to the narrative. Everything unfolds through your eyes, but you leave out key elements, like how you escalated from VHS tapes to banks, and the details of the prosecution. Why?

Monroe: When I first read this question, I smiled. I almost wanted to answer your question with a question. I believe that one can go from committing petty crimes to doing something very serious without too much happening in between. I believe it because I experienced it.

Robbing a bank may seem extreme, but for me, at sixteen, it didn’t feel like a huge leap. The thought of doing it didn’t seem impossible. I didn’t need to go from stealing VCRs, to hypothetically stealing cars and robbing convenient stores before I decided to rob a bank.

Had you asked me on my sixteenth birthday if I’d ever rob a bank, I would have replied no. And yet, the robbery occurred eight weeks later. When you’re young, one doesn’t need a lot of motivation to do something reckless.

I also don’t feel like I left out key details regarding the prosecution. I’m well aware of the fact that the audience is experiencing a story where they know the protagonist is guilty. When I think about courtroom scenes in docs or narrative films, usually, we’re on the edge of our seats because we’re questioning if the defendant is guilty or innocent.

Although the sentencing was important, I wanted to draw attention to the moments we don’t usually see, the aftermath of said sentencing. And not just the aftermath told in a broad sense, but the literal moments that happen once someone is sentenced, handcuffed, and escorted away from their family and into a holding cell.

Filmmaker: Were you able to have such honest conversations with your family about how they felt before the film, or did the camera allow you to venture into territory that was perhaps too sensitive earlier on? Your mother, in particular, seems to carry a big burden for telling you too much as a child.

Monroe: After my incarceration, my family would talk about the robbery in an “I can’t believe that really happened but I’m glad it’s over” sort of way. We wouldn’t delve into too many details or take the discussion too far. There were moments where the conversation would become fraught with tension. And other moments would occur where we’d find ourselves laughing at how outrageous it was. My uncle Roy still jokes that I have money buried somewhere.

I knew that my family respected me as a filmmaker and that the act of making this film would get them to open up about what really happened. The camera, in a strange way, almost demands a certain level of respect. After going through the headache of setting up the shot, lighting the shot, and checking my mic levels, family members almost felt guilty for not being open and honest. In my mind, I could hear them rationalizing all of this to themselves: “Well, he brought all of this equipment over here, so I might as well say something.”

The camera made it safe for me to ask questions I wouldn’t normally ask or know when to ask. Because the subjects knew me, I’d maintain eye contact, hoping they’d forget about this huge piece of gear propped up in front of them.

You mentioned that my mother seemed to carry a big burden for telling me too much as a child. My mother does carry that burden, but she doesn’t carry it alone. At least, I hope she doesn’t. There’s no easy answer. The relationship between a mother and son is a special one. Many mothers overshare with their children. I do believe that my mother did indeed tell me too much, but she’s not to blame for my actions. I was old enough to know better. I had a father in the home as well. And there are many systemic issues like generational poverty, generational incarceration, and class disparity, just to name a few, that impacted and influenced my behavior.

Filmmaker: How did you go about structuring the film, with its confessional interviews, raw footage and recreations? Was the re-staging of events an ethical decision, to allow yourself to better reflect on what you did?

Monroe: It took years to figure out the structure of this film. After we shot the majority of the footage (back in 2007), I thought we had everything we needed to finish the documentary. But I had no idea how it would all go together. The footage consisted of numerous interviews, tons of b-roll and raw footage (home video.) Something was missing. I didn’t know what that something was, but I couldn’t see the movie.

For the first five years of editing, I was against any reenactments. Reenactments are not just hard to pull off. If done incorrectly, they could ruin your film. Every time I thought of a reenactment, my mind drifted to visuals that would appear on Investigative Discovery (and I would have a mild heart attack.)

I also didn’t want to disrespect the innocent customers who were inside the bank by having an emotionless, dry reenactment of a very serious event.

During a two-year gap when I walked away from the doc, I directed a couple of shorts and loved the feeling of being back on set, back working with actors. It dawned on me that I’d be okay with doing a reenactment as long as it felt genuine and was treated with respect and shot like a film. I removed “reenactment” from my brain and thought of the narrative scenes as one continuous short.

Filmmaker: Do you have any plans to bring this film to those who are incarcerated, and in need of concrete evidence that they can still turn their lives around?

Monroe: This is the second time I’ve read a question of yours and wanted to reply with a question. In the question is the assumption that the incarcerated are the ones who arguably need this film the most. I do plan on screening this film in prisons and juveniles across the country, but I’d hate to limit the core audience of this film to individuals who are currently incarcerated or formerly incarcerated. When one commits a crime, the ripple effect impacts the life of the incarcerated individual, their family, spouse, children, victims, the family of the victims, the victims’ children and many others.

With over 2 million Americans incarcerated in prison and millions more incarcerated in juveniles, county and state jails, it’s easy to see how many people are involved when a crime is committed. This is the group I’d like to speak to the most. Unfortunately, it’s pretty substantial in size.

Evolution of a Criminal is also a universal film. The majority of the country lives paycheck to paycheck. The financial struggle that my family experienced is an American struggle. We’d like to believe that most people wouldn’t go to the extent of committing a crime to help ease that burden, but I’m of the belief that it’s more common than advertised.