Extrapolation over Return to Form: We Are The Best! and Show Me Love 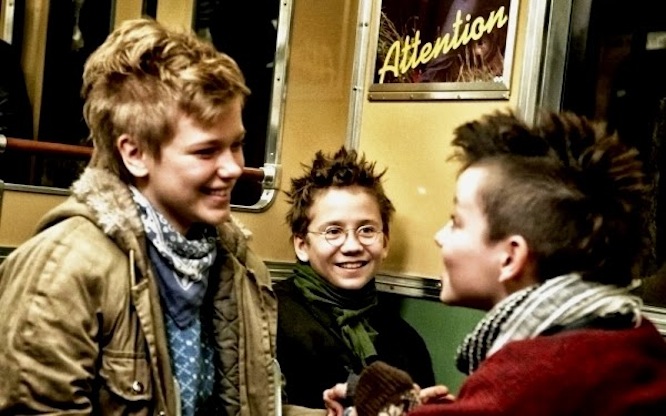 by Sarah Salovaara
in Directing, Filmmaking
on Jun 2, 2014

We Are The Best! may not be one of the “best” films in recent memory, but it is one of my favorites. I’ve spent the last week reading innumerable reviews that deem Moodysson’s latest a “return to form,” harkening back to the heyday of his debut Show Me Love. The majority of the critics in question are less concerned with elaborating on this “return” than diving into We Are The Best!, so I’m left to assume its of the narrative variety. Yes, both films concern teenaged girls on the fringes, drawn against societal norms as well as their own families, but I like to consider We Are The Best! not so much as a “return to form” than an extrapolation in three parts: setting, household, and the interpersonal.

For a film that is indigenous to particular time and place, Moodysson spends very little time showcasing the Stockholm of 1982 through practical means in We Are The Best! Instead, the capital is defined against its suburban and provincial surroundings, on the trio’s jaunts to the high rises of Elis’ hamlet and the youth center in Västeras. (“Hata Västerås,” chants Klara, as she amends their trademark “Hate the Sport” for the occasion.) The closest we get to a picture of the city is on its underground. Likewise, Show Me Love‘s Agnes and Elin are seemingly stifled by their titular hometown, a notion that glimpses the surface on their impulsive attempt to hitchhike to Stockholm. For the majority of the film, Moodysson relate confines situationally: there’s not much to Åmål aside from the same old kids and the same old parties. He’s more of an ethnographer than a geographer, interested as he is in exploring environs on a personal level, rather than an external one. Bobo isn’t bopping around to the latest KSMB at a club, she’s using it as a means of isolation: headphones clamped round her ears, drowning out her mother’s boozy birthday party on the other side of her bedroom door.

Both We Are The Best! and Show Me Love do a bang up job of positioning their protagonists in nuclear households not as a mere explanation for their behavior, but as an enriching, textural layer. While Bobo acts as both her own and her own mother’s guardian in a melancholic pair of scenes, it is Klara who rules the roost with comic vigor at her busy home of five. Both self-identifying punks, the sweet-natured Bobo is bereft of the standard anarchical attitude, perhaps out of necessity. There is no safety net to cushion brash behavior, though her compliment, Agnes, comes from a converse, well-meaning background, whose parents nevertheless don’t “understand” her. Bobo’s foil and Klara’s spiritual cousin, Elin, is introduced through a screaming, punch-punctuated fight with her older sister, Jessica, over chocolate milk. With a mother as clueless and removed as Bobo’s, Jessica is left to bully Elin through the so-called rights of passage of adolescence. She is told all there is to do is get with boys and relish her popularity, though it is clear both leave her unfulfilled, with Agnes acting as an outlet of salvation. While Agnes and Elin do not interact with each other’s parents, one of We Are The Best!‘s most prized scenes involves Hedvig’s mother having Klara and Bobo over for tea to explain that there are “many ways to say ‘no.'” In breaking this generational divide, Moodysson deepens the characterization of both parents and daughters. 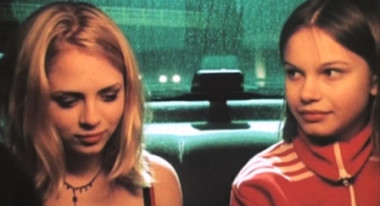 If there is one criticism to level against Show Me Love, it’s that the relationship between Agnes and Elin is a little underdeveloped. I remember how things work at that age (or how they still do), when you become obsessed with someone for inexplicable reasons, but conveying that to an audience is not easy. We’re to believe Elin returns Agnes’ ardor genuinely, though there are plenty of signs (see above paragraph) that point towards flippant exercise — even if Alexandra Dahlström sells it as well as she does. What Show Me Love lacks is exactly what We Are The Best! gets right, and further, what makes it so special.

Bobo and Klara don’t speak of their love for one another because it is apparent from the get go. Marooned at home in the film’s prologue, Bobo’s lifeline is Klara, who enlivens her by cleverly dumbing down her own family via landline. Uncommonly close and endearing as they are, it is the introduction of the third wheel Hedvig that elevates We Are The Best! into more uncharted territory. The reserved peace-keeper, Hedvig amplifies both Bobo’s tenderness and Klara’s bullheadedness. What is subtle between two long-time best friends becomes more overt in their interactions with the newbie. Also essential is the seemingly rote inclusion of Klara and Bobo’s joint object of affection in Elis. Bobo continually works to connect with him through a minute exchange in which it’s revealed they both like KSMB, while Klara catches his eye with cool aloofness. Overcome with the underdog’s competitive spirit, Bobo oversteps her ethics. Her insecurity is heart-breaking, even if the whole digression is ultimately judged as insignificant by Bobo, Klara, and most importantly, Moodysson, who refuses to dwell on the blemishes of a loving relationship.