The Blackmagic Production Camera and Pocket Camera: A Review 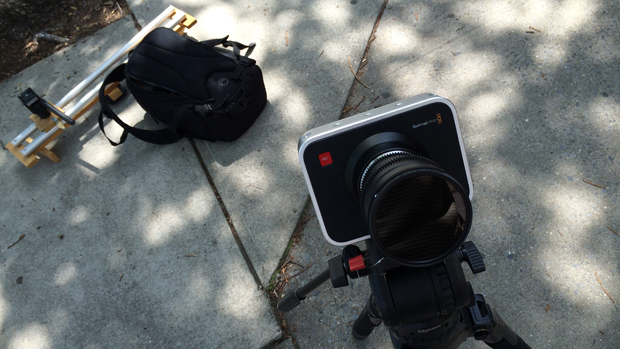 by Jamie Stuart
in Cinematography, Filmmaking
on Sep 2, 2014

I’ve been shooting exclusively with Blackmagic cameras for the past year. Their three primary offerings, the 1080p Pocket Cinema Camera, the 2.5K Cinema Camera, and the 4K Production Camera, to my mind, are the most practical low-cost/high-quality cameras currently available for DIY filmmakers.

Are they perfect? No. In fact, many people prefer going with the Panasonic GH4, the new low-light sensation Sony a7S, or even the Canon 5D Mark III. The truth is, there is no perfect camera, just personal preference.

There’s always been a specific camera at a specific time that works best for me. In the prehistoric age — from 2004-07, when MiniDV ruled the Earth — I used the Panasonic DVX100A, then I upgraded to the HVX200A for 720p after that. DSLRs slammed into the scene in 2009, so in early 2010, I traded in the HVX for a Canon 7D, which at the time was superior to the 5D for video shooting. By the beginning of 2012, legit variable lens video cameras hit the market, building on the DSLR movement. The two cameras best capturing this period were the RED Scarlet and the Canon C300, which I tested on the short Both Ends. The biggest problem with this development was that there was a huge price gap between the DSLRs and these new cameras. Even a mid-range camera like the Sony FS100, which was my primary camera during ’12-’13, cost twice as much as a DSLR. The next phase began once Blackmagic began introducing RAW capture and 2.5k/4k cameras at a fraction of anything else on the market, leading to a low-cost/high-resolution arms race.

Why do I prefer Blackmagic cameras? Really simple: I like the picture quality.

I reviewed the Cinema Camera for Filmmaker last fall, so now I’m going to focus on the Production Camera — which I tested for two weeks in July — and, to a lesser extent, the Pocket Camera, which I’ve owned since January.

4K is being pimped hardcore right now, but I think that for most practical purposes, 4K is bullshit. Unless you’re shooting for theatrical or a client who specifically requests it as a deliverable, it’s a waste of time, considering all the hassles involved. Most people do not own computers that are powerful enough to process 4K, and if you’re shooting for the web or TV, the final output won’t be 4K, so any visible difference to the average viewer will be negligible at best.

That said, I did enjoy working with the Production Camera. The images I got from it were gorgeous, and I very much understood the benefits of 4K’s extra resolution. However, at no point did I feel those benefits outweighed the hassles for the type of work I do. If I was making a feature film and had extra time and money, I would consider it — but for the bulk of my work, which is web filmmaking, it’s a non-starter.

I used the Production Camera to make a short film called Learning to Like It (approximately 10% was shot with my Pocket Camera). Since the design is identical to the Cinema Camera, which I was familiar with, I was able to start using it immediately. I love its build and the touchscreen functionality. Anybody who complains that modern digital cameras aren’t built like traditional cameras can go ride a horse and buggy, as far as I’m concerned.

Although I shot 4K RAW (it also shoots ProRes 422 HQ, ProRes 422, ProRes 422 LT and ProRes 422 Proxy), I converted the footage to 2K ProRes 422 for the entire post-production. To give you an idea of how dense the RAW footage was, the conversion averaged 2.5 frames per second on my two-year-old top-of-the-line MacBook Pro — so, I was often waiting one-to-two hours for usable files. That right there is a perfect example of why 4K serves no practical function for my work.

The camera records to an SSD drive, and in RAW mode with a 480GB drive you’ll have about 24 minutes of recording time. With the Pocket Camera, I use 64GB SDXC cards and get about 12 minutes in RAW.

The Production Camera is promoted as capturing 12 stops of latitude as opposed to both the Cinema Camera and Pocket Camera, which do 13 stops. Most people don’t realize, however, that you can only take full advantage of that dynamic range in RAW. Shooting ProRes, due to the compression, will get you something closer to 9-10 stops.

The highlight recovery at 4K is phenomenal, and there were multiple exterior shots that were greatly enhanced by it. I don’t use it often with my Pocket Camera, as I’ve noticed, for some reason, that extreme highlights tend to shift pink. 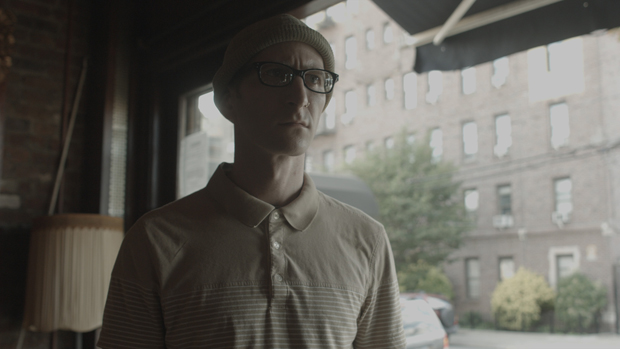 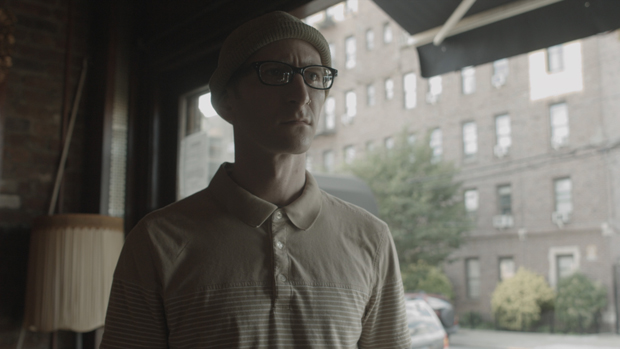 Speaking of exteriors, when using Blackmagic cameras, I highly recommend using ND filters that also cut infrared. These sensors are highly susceptible to contamination. I use a set of Tiffen Indie Pro filters, and they work great. 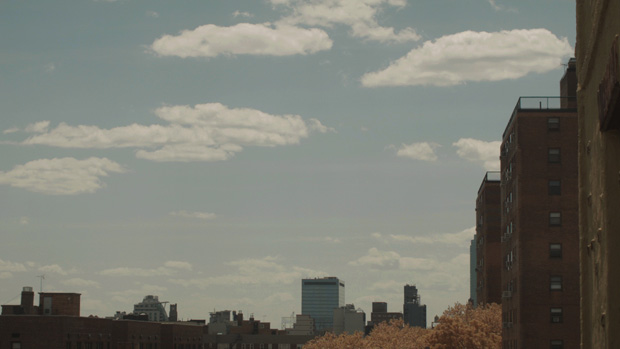 Resolve natively opens the DNG files with a REC.709 LUT, intended for editing proxies, but because I wouldn’t be returning to the original RAW I output everything with BMD Film, the flattest Log gamma.

Back to the sensor. Because the Production Camera uses a Super-35 sensor, the lens crop, if you’re using still lenses, is comparable to any other camera with a similar-size sensor — figure 1.5-1.6x crop. The Pocket Camera, with its much smaller sensor, does a crop of about 2.8x on the same lens, so I highly recommend using a Metabones Speed Booster. Not only will the Speed Booster reduce the crop to 1.75x, but it’ll also give you an extra 1 2/3 stops of light. This means, while shooting with my set of T1.5 lenses, I could conceivably open up to T0.9 — and I have done this, and I’ve never needed to raise the ASA past 800. Whereas most cameras achieve sensitivity through digital ISO settings, here the weight is purely on the optical — so yeah, we’re talking Barry Lyndon. I have shot in situations where there was virtually no light and still captured beautiful, clean images.

The Blackmagic cameras are not designed for low-light photography, which is why the Speed Booster is so valuable on the Pocket Camera (you can also use it on the Cinema Camera). It was useless, however, with the Production Camera, so I made a creative decision to set my short during daylight, even though nighttime interiors would’ve been fine. My Samyang lenses are all T1.5-T2.2, so — with the exception of a single shot at ASA800 — I stayed at ASA400 the entire time without any difficulty.

One of the best-known complaints about the Blackmagic cameras has been their lack of a card readout. You never knew how much time was left on your SSD or SDXC. This was finally fixed with a firmware update midway through my shoot, and it was really helpful. The Pocket Camera was upgraded shortly after.

Another complaint has been with their batteries. While the Pocket Camera uses replaceable batteries that last an hour each, and only cost $15, both the Cinema and Production Camera rely on internal batteries that similarly run out after an hour. So shooting with the latter two requires either an external battery or the use of an AC adapter. For my short, I rented an Anton Bauer battery, but because most of the individual shoots were brief, I only used it on several occasions.

The final common complaint is that the giant LCD screens on the cameras reflect too much glare in bright sunlight. This is true. And it completely sucks. There were times where I was having to approximate what I thought the exposure was. Obviously, if you’re working with a light meter, this isn’t as big of a problem. But this is a trade-off, because I really love the touch screen menu and its ease of use.

The primary benefit to shooting 4K is the extra resolution and all that entails. While at Adorama to rent supplemental gear for the shoot, one of the workers was describing his GH4 to another employee. The big issue for him was that he could reframe the image as much as he wanted to.

While some major filmmakers like David Fincher shoot 4k or 6k with a border, specifically for post reframing, I rarely require this. I’m very specific about my compositions to begin with, so with only a few exceptions did I ever post-crop anything. That said, there were a few instances where the extra resolution was a big plus. For example, the Production Camera was too large and heavy for me to successfully maneuver my slider on several occasions, so I used 4K ProRes files to stabilize and reframe those shots before down-rezzing to 2K. There were also a few instances where, because I was sometimes shooting wide open, the focus looked a little soft, so I added sharpening at 4K before converting. But these constituted only a few takes — and ironically, they were all the result of shooting 4K with this camera in the first place.

One major plus for the Production Camera, as opposed to the other Blackmagic models, is that the camera utilizes a global shutter, which makes rolling shutter, or the jello-effect, a non-issue. When using the Cinema or Pocket Camera, filmmakers will still see the same wobbly image from time to time as they would if they were shooting with a DSLR.

Overall, I had a fun experience shooting with the Production Camera. Whether it’s right for somebody else depends on the same factors as with any camera: price, functionality and picture quality.

For now, my primary camera is the Pocket Camera, and considering those factors above, it’s a great choice for me. If I had one request, it’s that I’d love it if Blackmagic could find a way to add higher frame rates, even if it’s just in ProRes, so I can do some slo-motion. But that doesn’t seem to be in the pipeline.

Use the camera that’s right for you. Ignore the 4K hype. If you don’t need it, don’t deal with it. If 4K is right for you, then by all means go for it. There are a lot of choices out there. There’s something for everybody at this point.

Learning to Like It from The Mutiny Company on Vimeo.