Paul Schrader on the Theatrical Experience, Web Series and the Death of the Three Act Drama 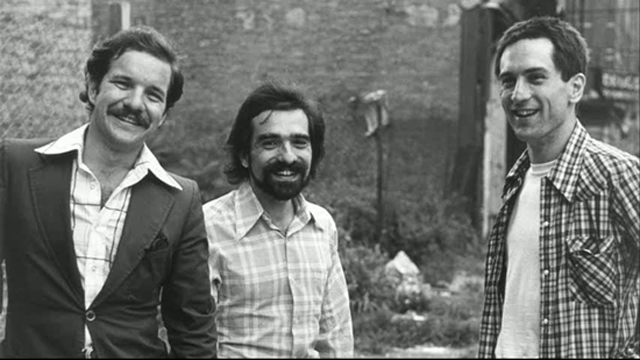 by Sarah Salovaara
in Directing, Filmmaking
on Oct 31, 2014

Made in NY Media Center by IFP, Paul Schrader, Webseries

Last night at the Made in NY Media Center by IFP, Paul Schrader had a conversation with Marc Schiller, as part of the latter’s Future State of Entertainment Speaker Series. Perhaps more than any other director of his generation, Schrader seems to have embraced the democratic technologies available to today’s filmmakers, between crowdsourcing on The Canyons and his recent intent to make a web series. Indeed, if the protest surrounding his latest film is any indication, he may be done with studios for the foreseeable future. Throughout the two hours, Schrader and Schiller covered a variety of topics, from new technologies to the phasing out of cinemas. A few highlights can be found below.

Schrader began his career as a film critic and was a protege of Pauline Kael’s. Nowadays, he notes that we are in “a state of crowdsourcing criticism” — like filmmaking, nearly anyone can pick up a virtual pen and offer up their thoughts. That doesn’t, however, mean there isn’t a hierarchy. “Better to get Manohla negative, then Stephen Holden positive,” he said. At least it means the big guns are paying attention.

Don’t be afraid if a film isn’t the best vehicle for your story.

“If Fellini were alive,” queried Schrader, “How would he tell La Dolce Vita?” As a night-life, episodic movie with characters coming and going, or, “a 3-hour web series.” Years ago, True Detective and Mad Men might have been films, but now, he says, “the three act drama is rusty, everyone’s bored by it.” The beauty of television and long-form is that, “With webseries, you’re no longer making a three course dinner. You’re making hors d’ouvers and tapas and the audience never gets full.”

Taxi Driver could still be made today.

Sure, if Megan Ellison was writing the checks. Looking at a quasi-kindred spirit in Nightcrawler, Schrader reasons that the film would have been too brutal for yesterday’s audience. Schrader also says his writing process nowadays is both easier with the limitless reach of Google, and also hampered by its frequent distractions. “If you want quiet for when you write,” he says, “Disconnect your router.”

We need to “eventize” the theatrical experience if we want it to survive.

“If you want me to go to a theater,” Schrader says, “You need a pretty good reason.” He thus calls on the likes of Angelika, IFC and Film Society to continue “eventizing” screenings. “These places with Q&As and a drink afterwards, it’s more of a reason to leave your home,” he notes. “The multiplexes don’t have anything to offer.”