Seven Tips for Directors and Producers with Films at Sundance 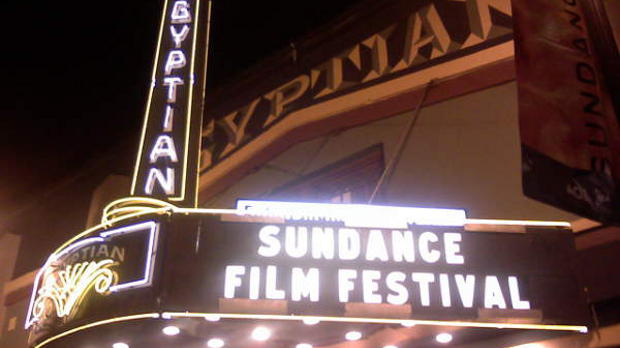 Over the years, Filmmaker has run several “Sundance Survival Guide” pieces. (One from 2012 we continue to recommend is Alicia Van Couvering’s “Mistakes Were Made.” ) Here, fresh for 2015, is new one from Mynette Louie, President of Gamechanger Films and producer of Land Ho! (Sundance 2014), California Solo (Sundance 2012), and Children of Invention (Sundance 2009). Check back tomorrow for a grab-bag of advice — including several tips we’ve never run before in any form — from several recent Sundance veterans.

1. Empower your crew to promote the film, and show them your thanks.
Sundance is not just about directors, producers, and actors; it’s also about all the hardworking crew who helped make these films a reality. Chances are your crew worked for peanuts and will be going to Sundance on their own dime, so be sure to invite them to all the parties you’re invited to and give them tickets to your film (or if you can’t afford to, at least sell them some of the ones the fest allows you to buy). It’s a bummer to have to stand on a rush line for your own film! Your crew will serve as de facto ambassadors of the film on the ground at the fest, on social media, and beyond, so make them feel appreciated and give them talking points. You should also promote their work because their success is your success.

2. Attend as many parties as possible.
This is especially important if you’re just starting out in your career. My first time at Sundance was with Children of Invention in 2009, and I went to every single party I was invited to (and a whole bunch I was not invited to). This really built my previously non-existent network in a very short period of time. Perfect your elevator pitch, and don’t stay in one place for too long — work the room(s)!

3. Stay on top of your sales agent and publicist, and have your lawyer handy.
Yours is just one of many Sundance films your agent is selling or your publicist is promoting, so don’t just sit back and expect them to take care of everything. Coordinate your collective strategy, check in with them often, and be proactive about supplementing their efforts. You are all selling and promoting the film as a team. Have your lawyer on call and a work out a deal with her in advance in case she needs to swoop in to negotiate a distribution deal.

4. Don’t feel bad or give up if your film doesn’t sell at the fest.
I bet you felt pretty great when you found out that your film was among the 2% of submissions accepted to Sundance, huh? But that feeling tends to dissipate once you’re at the fest, and the anxiety of not being one of the “hot” films starts to creep in. I feel very lucky and grateful that Land Ho! sold well at the 2014 fest, but that was my third try. My first two Sundance films, Children of Invention and California Solo, did not sell during the fest, but they did sell shortly after it. Both films ended up being well-received and widely available, and that is actually what happens with the majority of Sundance films. Even if your film doesn’t sell, there are now many great options for self-distribution, including Sundance #ArtistServices.

5. Lodge in a quiet place.
Sundance can be very stressful for directors and producers with films there. You will want a quiet place to come home to at night, reflect on the day, and formulate your promotional/sales/networking strategy for the next day. Try not to stay with people who are there just to party. Sundance is a lot of fun, but remember that it is actually a work trip for you. You’re there to promote and sell your film, as well as your next projects.

6. Stay healthy.
Drink tons of water, get enough sleep every night, remember to eat, drink half as much alcohol as you can normally handle (alternate one drink with one glass of water), and get to parties early so you can eat the finger food before everyone else gets their dirty mitts on it — Sundance is a petri dish for germs!

7. See at least five films (other than your own).
This can be tough to do with all the aforementioned parties, but the love of movies is what Sundance is ultimately about. As a filmmaker and film lover, the experience of seeing films with a Sundance audience should not be missed; there’s nothing quite like it. I highly recommend that you stay for the entire fest, and spend the latter half (which doesn’t have many parties) watching films and sharing meals with fellow filmmakers. This is by far my favorite part of the festival.