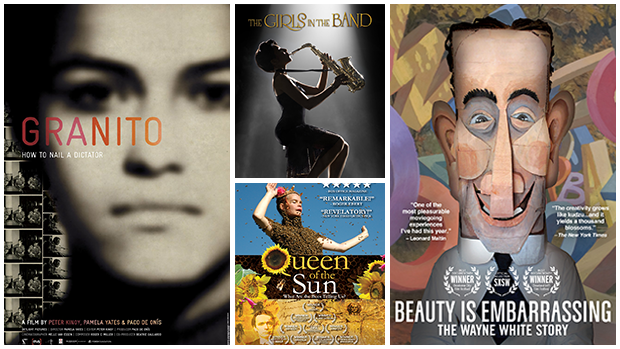 by Jon Reiss
in Distribution, Filmmaking
on May 5, 2015

Alternative distribution models are no longer the experiment, but are now the norm for the vast majority of filmmakers. However because of a variety of reasons, including not least contract obligations and a fear that exposing numbers may not show the filmmaker in the best light, many filmmakers have been reticent to give out the real numbers from their film’s releases.

As a result, for last October’s Getting Real Documentary Conference, held by the International Documentary Association, I wanted to create a panel where the participants were required to reveal the data about the releases of their films. I wanted to see how these filmmakers might be working within new models to not only release one film, but how they are starting to use these individual releases to create a long term career path. I always intended to publish the data and since I will be presenting a Distribution and Marketing Masterclass with the IDA this Saturday May 9th and I will be heading to NY to participate in the documentary section of the IFP Filmmaker Lab on May 11th, I thought this would be a good time to get this information out into the world.

The filmmaker panelists were Neil Berkeley (Director of Beauty Is Embarrassing & Harmontown), Judy Chaikin (Director of The Girls in the Band), Jon Betz (Producer of Queen of the Sun), and Paco de Onís (Executive Director of Skylight Films). My intention was to not only get the real data from their films, but also discuss why they chose to release their films in the manner that they did (eg what were their goals and how did their goals affect their choices). I tried to expand the data beyond gross monetary amounts and include numbers about their audience base –specifically how they tried to carry this audience from one film to the other and whether this could become a sustainable model. Before starting – I really want to thank the filmmakers for sharing the information with me – and agreeing to share it with the world wide public, you. Note – occasionally some of the numbers below are a range because of a possible restrictions on revealing exact numbers. Also you will notice that I use the term “event theatrical” instead of theatrical or non theatrical. As I wrote in Think Outside The Box Office, I believe that filmmakers need to reclaim the concept of theatrical to include traditional theatrical, one night and community screenings – eg any public screening where an audience is present. In the book I called this “Live Event Theatrical” but I have since started shortening it to “Event Theatrical” to emphasize the importance of creating an event with your screenings.

Neil Berkeley’s film Beauty is Embarrassing premiered at SXSW in 2012, but no one came forth to give them an event/theatrical release, which Neil wanted for the film and felt was appropriate. His goals were to get the film out into the world, and try to recoup while building a fan base for the future. So Neil and his team ran a $55k Kickstarter campaign and hired a booker to get the film into theatres across the country – they ended up in 60 theaters, spending between $90K and $110K but earning enough revenue to break even.

Regarding the theatrical Berkeley noted: “My goal was to break even. And that’s what everyone said: ‘good luck if you break even.’ But for me, I did it just to learn how to do it because I want to keep making movies and I believe in this model. So if I get to do it again on my own, I’ll be much more versed in how to go about it.”

Most effective were the 15 screening events they did with the film’s subject, artist Wayne White. He not only spoke, but conducted workshops and art installations. This not only drew a larger crowd, but also created the opportunity to sell merchandise and collect emails. Email lists and Facebook became two of the biggest tools for building their audience. Berkeley: “Email lists are gold.” They grew their email list from 0 to 5,000 and their Facebook likes from 0 to 11,000. Some other marketing notes:

Here are the essentials of their digital/broadcast/merchandise distribution:

An important note about the effects of their broadcast on PBS: While many people feel that forms of “free” such as broadcast and other free streaming or peer to peer sharing adversely affect transactional sales (DVD sales, broadband rentals and downloads to own), in this case that was definitely not true. After the film aired, their website was bombarded with traffic, and they earned a spike in revenue through direct to fan sales.

Neil took what he learned on Beauty is Embarrassing to his next project Harmontown which follows Dan Harmon (comedian/creator of Community) on a 20-city tour. Neil’s investors secured a more traditional distribution deal with The Orchard. However he made sure to keep all of the direct to fan rights, and paid The Orchard a percentage of these sales to reward the distributor’s publicity efforts. To make sales on their website more attractive, they created over 50 hours of bonus content including every live show they filmed on the tour with Dan Harmon, this deluxe edition is available for $9.99 to rent and $24.95 to purchase. Also for even more content they sell monthly memberships for $5 a month that gives access to exclusive blog posts to additional videos every month. The deluxe edition includes a free three-month membership.

In sum – even though Neil has utilized both traditional and hybrid distribution models, he is working hard to provide extra value for his fans in order to grow that audience and carry them into his future as a filmmaker. Berkeley: “The thing about making a film on your own, is that on day one you have a dollar – and every day after that you’re just trying to hold onto as much of that dollar as possible. And now, we have options to do that. We can hang on to digital, we can hang on to our website, we can hang on to merchandise.”

Judy Chaikin The Girls in the Band

Judy Chaikin has worked in the industry since the ’80s, but she was tired of watching each of her films live a short life with traditional distributors and then disappear from view. “One of the things you learn as a filmmaker is that you constantly have to keep changing,” Chaikin said. She had always been very interested in DIY distribution and after reading several books (including Think Outside the Box Office), she decided to try it for herself.

Her goal was to have a theatrical release that would help her negotiate higher sales figures on her ancillary release and to try out a new model to take control of the process.

Here are the numbers:

By the end of the theatrical release they had amassed 3,000 on their email list: 300 from their website, 500 from screenings, 2200 from other sources. Of these they count about 25 super fans who are active champions of their film.

Their distribution process isn’t over yet, and they have just signed on with Virgil Films for domestic distribution and PBS Foreign for overseas television. Judy doesn’t see herself going back to traditional distribution models any time soon. She says that this direct-to-fan method gives her a sense of control over her own projects – something any filmmaker knows is irreplaceable.

Building her audience online has also given Judy the motivation to regain the rights and begin re-releasing her older projects that had previously fallen out of release. She is beginning to see some success in this by using her email list, and releasing the films direct to fan on DVD. This “new model,” she explained, “gives you so such more control over what you do, and it gives you a sense that you really are guiding the direction of your film. It’s important to recognize that this way of working is very labor intensive, but in the end it’s worth it.”

On Thursday we will continue with the results from Paco de Onís from Skylight & Granito and Jon Betz from Collective Eye Films. I would love to hear from any filmmaker who would like to talk at length about their release – especially how they are using their work to create a career. Even more importantly – if you are a filmmaker and have released film in the past – please participate in the Sundance Transparency Project – the more filmmakers that participate, the more robust the results will be.  If you would like to have a copy of the PowerPoint from the “From Distribution to Sustainability” Panel that these posts are based on click here.

Reach me at Twitter or on Facebook and if you are in LA come to my IDA Masterclass on Distribution and Marketing May 9th.