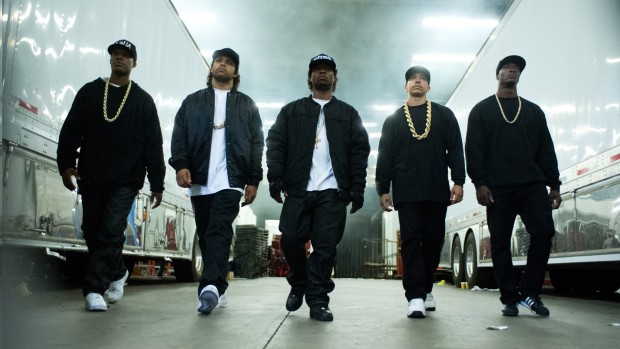 You can conceive an ingenious plot, pen the perfect script, even begin to line up your ultimate cast — but it all risks being for naught if you can’t sell your vision. Even today, as alternative platforms emerge onto the distribution landscape, a successful pitch and getting that greenlight remains one of the most critical steps towards your project seeing the light of day, not to mention one of the most intimidating.

But what goes into — and stays out of — making a powerful pitch? How do the people on the other side of that desk approach the process of selecting projects? What are they on the lookout for?

Filmmaker gets a few preliminary answers from sales agent and indie film producer Bill Strauss of Bridge Independent, whose most recent producing credit is this summer’s hit hip-hop biopic, Straight Outta Compton. As a sales agent, Strauss and Bridge Independent have recently taken on such pictures as Bronx Obama, Buzzard, Uncertain Terms, Young Bodies Heal Quickly and Through a Lens Darkly.

Strauss, along with fellow industry experts, provided aspiring filmmakers with tips and feedback on selling their projects as part of a workshop-style panel during IFP Film Week’s “Art of the Narrative Pitch” event on September 21.

Filmmaker: You began in the industry as a screenwriter, then a producer. What drove you towards eventually making the transition to becoming a sales agent, in particular for domestic independent films?

Strauss: The screenwriting is practically ancient history, as writing was my first love in high school. But after years as a producer and going to festivals with films, I became curious about what sales agents do. Only screenwriters and directors (and of course, other crew members) are really creating something. Otherwise you are just marked by your choices; it occurred to me that as a sales agent you could have an artistic palate in much the same way that a producer, executive, etc. might based on those choices. Also, I thought the area of domestic sales was underserved since there were only a handful of people doing it other than the agencies.

Filmmaker: How has your background as a writer affected you (either positively or negatively) in your current position?

Strauss: It hasn’t really been a problem because I don’t write as much anymore. But I would say it helps because, as the old hip-hop saying goes, “game recognizes game.” I think people who remember me as a writer would tell you I was pretty good at it.

Filmmaker: What was it about Straight Outta Compton, a film that took more than ten years to get made, that spoke to you despite such difficulties as acquiring the rights to the music, etc.?

Strauss: I was always into rap music when I was a kid, and that carried over to my professional career. I understood the power and popularity of N.W.A and knew from the beginning that it could really explode if it was well made. Yes, getting the music rights was a real challenge. But I always knew it would be worth that fight.

Filmmaker: Sales agents are usually handling several (or more) films at a time. How do you balance keeping a certain volume of projects on your plate with giving each film the attention it needs?

Strauss: I am the “don’t take on too much” guy. The most films I have ever had at one festival are three, and that only happened once. Most of the bigger places need to justify their overhead by taking on massive volume. I am a one-man band, so I can’t handle too much more; besides, I think there is room for someone who is super client-attentive. I am very picky, which goes hand in hand with taking on less. Ideally, I would like to start getting more films with more talent attached, though.

Filmmaker: It’s difficult to narrow down, but can you describe one (or two) elements that are absolutely crucial for anyone who is looking to make the most effective pitch possible?

Strauss: I think it starts with having a good one-liner. Then it’s about making something exciting and making sure that it’s easy to listen to. It’s easy to let someone’s mind wander on the other end if you haven’t done both of these things. I think a good tip is to keep the listener engaged by asking them questions like “have you heard of that?” or “do you remember those?” In my experience, the pitch is more common in the studio world than the indie world, but it does apply in both. And it really comes down to story more than anything — being able to articulate the basic idea and then an interesting series of events in a concise way after that basic idea resonates.