The fine folks at Filmmaker have invited me back to put together my (now) annual list of the 50 most anticipated American films of the year. I thought about making the list shorter this time around (because 50 blurbs is really a lot), but believe it or not I had a tough time narrowing things down even to this number.

Before we get started, I want to share some quick clarifications and warnings:

First and foremost, this list represents my opinions alone, and in case you got here via Google you should know that my taste tends towards personal, artful, provocative filmmaking. I’m obsessed with discoveries and finding/supporting emerging voices who have the potential to grow into established auteurs. So all to say, don’t expect a ton of studio or franchise films on here. Apologies in advance to Marvel, Star Wars, Pixar, and Tarantino. Don’t @ me.

Next, I keep this list to American films only because that’s the film scene I track closest, and the only one I can claim any sort of expertise on. For a long and exciting list of upcoming 2019 world cinema titles (Weerasethakul! Verhoeven! Koreeda! Gomes!) check out this recently published blog over at Criterion.

Finally, to clarify: this list will only includes titles that are yet to premiere, so 2018 festival films awaiting their wider release are not included. It’s also possible that some of the below titles won’t actually see the light of day in 2019, but I’ve tried to only include titles that I know are in post-production or beyond.

Okay, now with all that out of the way, let’s get started…

50. Bloody Nose, Empty Pockets (Bill & Turner Ross). The Ross Bros. have always brought a distinctive eye and clever narrative sensibility to their documentaries. This year they’ll followup their career-best Contemporary Color (which I rank pretty high on the list of all-time great concert documentaries) with Bloody Nose, Empty Pockets. Per NOVAC, the film is a “portrait of the lives of a disparate group of patrons and employees at an American watering hole today,” and it sounds like a welcome return to the laid-back, naturalistic verite of the Brothers’ earlier work.

49. Sunrise/Sunset (Ougie Pak). This one is sort of cheating: I’ve had an early look at Pak’s Sunrise/Sunset, and I loved it. I admire Pak’s technique, his restraint, and his ability to tell resonant personal stories on basically no budget. This mid-length film (ie: not quite a short, not quite a feature) represents his skillset wonderfully. It follows an idle Korean twenty-something on a romantic trip to NYC and captures the beauty and the loneliness of the city in gorgeous black-and-white photography.

48. Untitled Miranda July Project. It’s been nearly a decade since The Future, July’s last feature as director, but now she’s finally in post-production on her still-untitled followup starring Evan Rachel Wood, Gina Rodriguez, Debra Winger, and Richard Jenkins. If you’ve ever wondered what a Miranda July heist film would look like, 2019 is going to be your year. 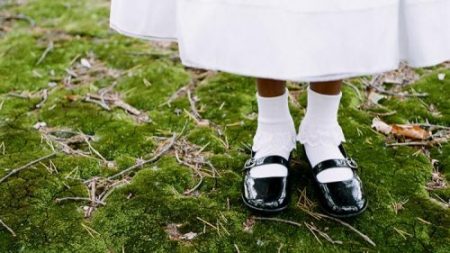 The Evidence of Things Not Seen

47. Evidence of Things Not Seen (Ja’Tovia Gary). Gary’s experimental short-form work merges the political and the personal via a collage of documentary, animation, and archival found footage. A former Filmmaker 25 New Face and a member of the NY-based New Negress Film Society.

46. Narrowsburg (Martha Shane). Martha Shane (After Tiller) has two new feature documentaries in the works. I’m quite excited for both, but Narrowsburg sounds like especially fascinating material. A dark comedy about a film festival scam artist who cons a town into paying for his new movie, Narrowsburg will almost certainly land on the festival circuit this spring, and has the potential to be a fascinating meta satire on the hustle that is the independent film business.

45. Initials S.G. (Rania Attieh and Daniel Garcia). Attieh and Garcia’s Venice Biennale-funded debut H. was an unusually ambitious, beguiling and promising first feature. In 2019, the duo will return with their follow-up. It stars Diego Pierretti as an Argentine ‘Serge Gainsbourge wannabe’ dealing with the aftermath of a crime he didn’t mean to commit.

44. Always in Season (Jacqueline Olive). Olive’s new documentary, which explores the 2014 hanging death of 17-year old Lennon Lacy in rural North Carolina, sounds wrenching. It’s been in the works for some time and has previously received support from organizations like TFI, IFP, ITVS, & Chicken and Egg. It’ll premiere in Documentary Competition at Sundance later this month.

43. Watch Me Drown (Jack Dunphy + Nathan Silver). I’ve been quite excited for the debut feature from filmmaker Jack Dunphy for awhile now, and it sounds like it’ll finally be arriving in 2019. Watch Me Drown (which Dunphy co-directed with frequent collaborator and busiest-man-in-microbudget-filmmaking Nathan Silver) is a semi-autobiographical exploration of the relationships in Dunphy’s life that will meld live action and animation. For a taste of what’s in store, check out some of Dunphy’s previous shortform work here.

42. The Short History of the Long Road (Ani Simon-Kennedy). Ani Simon-Kennedy’s underseen debut feature Days of Gray was a contemporary silent film, a difficult feat, but one that she pulled off wonderfully via gorgeous cinematography and evocative visual storytelling. With The Short History of the Long Road, Simon-Kennedy will add dialogue into the mix and tell the story of a young woman who hits the road in the wake of her nomadic father’s recent passing.

41. Anbessa (Mo Scarpelli). This new documentary from Frame by Frame co-director Mo Scarpelli will premiere next month in Berlinale Generations, the festival’s sidebar for work focused on youth. Scarpelli recently described the documentary on social media as being about “a boy who turns into a lion,” which has me quite intrigued.