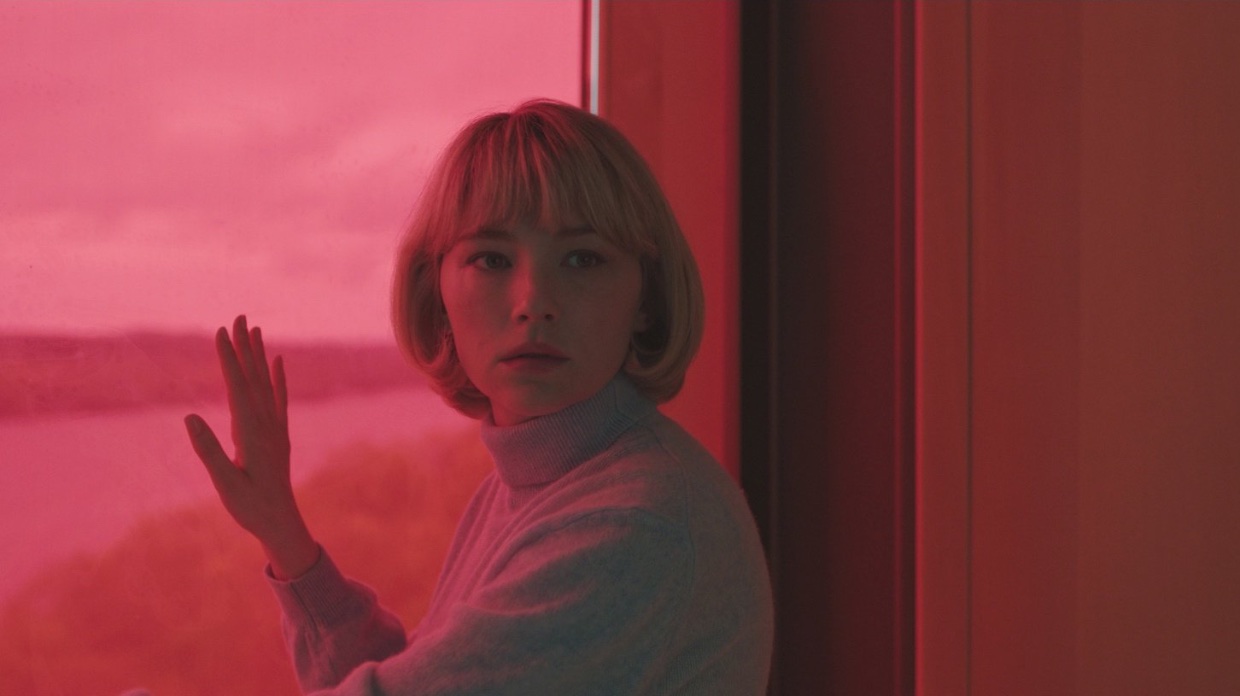 Tonight’s opening night is Roger Ross Williams’s HBO doc, The Apollo (held at The Apollo Theater, no less!), the centerpiece is a “final cut” screening of Francis Ford Coppola’s Apocalypse Now (in glistening new visual and audio tech) and the closing night is a new Beatles-themed, alternate universe pic by Danny Boyle — the 2019 Tribeca Film Festival is here. As evidenced by the above selections, Tribeca brings a lot of firepower to its annual event, programming prowess that includes not just the big names but support for a range of work and creators, from immersive theater pioneers to emerging filmmakers who receive support through Tribeca’s TFI Network. As usual, Tribeca’s program is overwhelming, which makes this annual curtain raiser — in which I try to identify some under-the-radar works you should track as well as note work from directors whose work we’ve followed here — daunting. Nonetheless, here are 28 works from a variety of formats to keep an eye on this year.

Recorder: The Marion Stokes Project. What would be an auspicious double pairing with Frank Beauvais’s recent Art of the Real opener, Just Don’t Think I’ll Scream, is the latest documentary from Matt Wolf (Teenage), a film that also, and in its own way, explores the psychological impact and social meanings of massive image-overproduction and consumption. In Beauvais’s memoiristic doc, the intake is cinema; in Wolf’s, a portrait of Philadelphia activist Marion Stokes, it’s 24-hour cable news. From 1979 to her death in 2012, Stokes, in her upscale Philadelphia apartment, recorded on VHS tapes continuous streams of all the major channels. As Wolf’s film sharply and engagingly reveals, Stokes’s archive functions as a history of popular news media, a critique of that mainstream media’s perceptions and biases and, finally a case study of the way in which one woman processed the gap between her ideals and the world she lived in.

Making Waves: The Art of Cinematic Sound. Directors who just want to “hear the dialogue,” or ones slavishly devoted to audio realism, are the bugbears of independent film. Such audio-impaired filmmakers should hightail it to this Dolby Institute-presented documentary by sound editor Midge Costigan and its post-screening talk, which features legends Walter Murch and Gary Rydstrom.

Gully. Nabil Elderkin placed on our 2017 25 New Faces list on the basis of his music video work as well as the script (by Marcus Guillory) for this debut feature, Gully. That script, I wrote, is ” a bold, confrontational and interwoven tale of three teenagers navigating contemporary violence and past trauma on the harsh L.A. streets, with a specificity of language and philosophy of violence that’s earned comparisons to A Clockwork Orange.”

17 Blocks. This American Life contributor and Found Magazine founder Davy Rothbart follows up his Medora (co-directed with Andrew Cohn) with another film built around an archive — in this case, the self-taping of a DC family growing up in a tough neighborhood just 17 blocks from the White House.

Other Music. As a regular purchaser at this iconic, now shuttered downtown New York record store for all forms of new, experimental and generally out-there music, I’m especially excited to see this film, whose Kickstarter I donated to. I’d go to Other Music on weekends, talk to one of the clerks — usually Josh, Scott and especially Chris — and always leave with a few of their recommendations. I liked the place so much that I felt real regret as I gradually succumbed to the wisdom of the algorithm and files over CDs — a tectonic shift this doc is sure to chronicle.

You Don’t Nomi. Editor Jeffrey McHale makes his feature debut with this documentary about Paul Verhoeven’s Showgirls — or, rather, the process by which that film has journeyed from maligned industry flop to what it’s considered today: a canny and prescient look at the libidinal economy of fame. Critics as well as participants — including star Elizabeth Berkeley — weigh in with their own retrospective musings and thoughts.

Red, White & Wasted. According to the Tribeca programmers, this debut from directors Andrei Bowden-Schwartz and Sam B. Jones — who go by the moniker Kidshow for their commercial and music video work — prompted the most in-house debate. “Can we show this?” wondered Artistic Director Frederic Boyer about this “jaw-dropping unapologetic immersion” into Florida’s mudding subculture, deep in the heart of Trump country. Well, they are showing it, and, as for the wisdom of that decision, we’ll find out!

Burning Cane. “Rough around the edges in the best possible way” is how Senior Programmer Loren Cane described to me this Louisiana-set debut from teenage filmmaker Phillip Youmans. (Eighteen now, he’s a student at NYU.) Executive produced by Beasts of the Southern Wild director Benh Zeitlin and starring Wendell Pierce (The Wire, Clemency), the film is a flowing, poetic look at relationships within a small town Black Protestant community.

Swallow. There are shades of Todd Haynes’s Safe as well as, perhaps, Marina de Van’s In My Skin in the description for this debut drama from Carlo Mirabella-Davis. It’s about a pregnant woman (Haley Bennett) suffering from pica, a disorder that involves the compulsive eating of inappropriate objects. Mirabella-Davis’s previous work includes the doc The Swell Season (co-directed) and the short, Knife Point. With DP Katelin Arizmendi (Cam) shooting, the picture — described as “a compelling blend of domestic thriller, medical mystery, and satire” — is one of the don’t-miss narrative films screening at the festival this year.

Hideo Kajima. Stealth gaming auteur and Metal Gear Solid creator Hideo Kajima will be joined on stage by Norman Reedus, the star of his forthcoming Playstation 4 title, Death Stranding, for a talk about “pushing the boundaries of the video game medium.” Nuff said.

The Gasoline Thieves. In the International Narrative Competition is this first film from young Mexican director Edgar Nito, which Boyer describes as a social drama told with the visual flair of an intense thriller. The neorealist-inflected crime tale is about a fourteen-year-old boy who gets sucked into the local huachicoleros , who induct him into the criminal enterprise of stealing gasoline.

Short films and Tribeca N.O.W. A site for discovery at Tribeca is their N.O.W. — “new online work” — section, a series that runs in conjunction with a Creators Market that pairs directors and producers with industry buyers and execs. Among the highlights this year are a number of works from filmmakers who will be familiar to readers here. These include 25 New Face Laura Moss and Nick Kocher’s comedic sci-fi anthology series neurotica (starring Guardians of the Galaxy star Karen Gillan); Inventing Tomorrow director and The Yes Men collaborator Laura Nix’s dance-floor story, Walk Run Cha Cha; Release, a U.S.-set, Hot Zone-ish drama from Joe Penna and Ryan Morrison, the team behind the recent thriller Arctic; and, in a series of new work from Topic, 25 New Face Darius Clark Monroe’s college racism doc Black 14. There’s also in the Street Shorts section the debut narrative work from acclaimed documentarian Marshall Curry, whose 2005 Street Fight arguably launched Cory Booker on the national stage. Titled The Neighbor’s Window, it’s a story of voyeurism, loss and the paradoxes of envy starring Maria Dizzia, Julianna Canfield and Greg Keller. And finally, there are several works I’d like to note from creators who are Filmmaker contributors and alumni: director Sarah Salovaara’s mid-’90s, Brooklyn-set webseries The Future is Then, a follow-up to her excellent Let Me Die a Nun; from artist, writer and director Alix Lambert and Chicago-based animators Manuel Cinema, Obits, about the unlikely correspondences between three unrelated people who died on the same day; and Mack Wrestles, an ESPN 30 for 30 film about transgender high school student Mack Beggs co-directed by director, producer, and Persona Project columnist Taylor Hess and director Erin Sanger.

Where There’s Smoke. Another longtime Filmmaker contributor is Lance Weiler, whose work we have also chronicled here going back to his 1998 debut The Last Broadcast. Weiler is always at the bleeding edge of technology in his work, which has recently explored the possibilities of artificial intelligence. His new piece, 17 years in the making, mixes elements of participatory theater, scavenger hunt, art exhibition, and family memoir within an intimate, movingly homespun framework. Yes, there’s technology — at the piece’s heart is Internet of Things tech — but the tech is sublimated here in service to Weiler’s very personal chronicling of his father’s life and the nature of their relationship. It’s a lovely piece and another must see.

Into the Light. Jessica Brillhart — formerly in-house filmmaker working on the Google Jump platform and now head of her own Vrai Pictures, is a visionary thinker when it comes to the uses and artistry of new media platforms such as VR and AR. In addition to a dialogue at Tribeca with filmmaker and now podcaster Aaron Katz, she’ll be premiering in the VR Arcade a new spatial audio work using music from Yo-Yo Ma for her Traverse platform.

The Collider. May Abdalla and Amy Rose, who create under the moniker Anagram, made what was perhaps the best work of any kind I saw back in 2015, Door into the Dark. They are truly pioneers in the field of immersive theater, and this new work exploring “power and dependency” apparently looks to Cern’s Large Hadron Collider to provide a model for the mashing together of… people.

Driveways. Driveways, Andrew Ahn’s Berlin-premiering, extremely well-reviewed follow-up to his beautifully subtle Spa Night, gets its American bow at Tribeca. It’s been hailed as a delicate and moving drama about love, loss and intergenerational friendship with a lovely late-career performance from Brian Dennehy.

Pilot Season. DC Noir, a Washington-set anthology series based on the work of crime novelist George Pellecanos, looks to be a highlight of Tribeca’s annual program devoted to independently produced TV pilots.

Earth Break. In a section called Movies Plus, Tribeca is premiering its first podcast. Earth Break features two artists familiar to readers: writer/director Aaron Katz and actor Jenny Slate. It’s a post-apocalypse drama with a vaguely A Quiet Place feel, except it’s told entirely through the voice memo diaries of young woman holed up in the attic of her mother’s house.

Jaron Lanier. Over the last several years, and particularly since his groundbreaking book, You are Not a Gadget, musician, technologist and VR pioneer Jaron Lanier has been one of our most cogent and provocative critics of the ways in which technology is remapping everything from our brains to our social interactions to our conception of what it is to be human. What’s particularly inspiring is the way in which he marries his ideas to real-world ideas involving a new form of political economy.