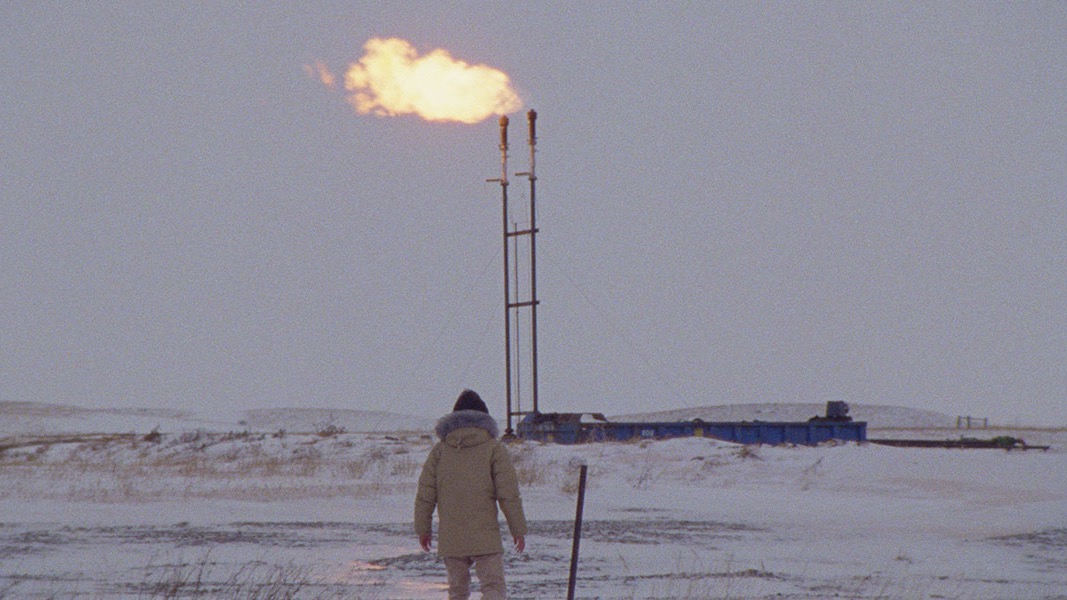 How to Blow Up a Pipeline

The Toronto Film Festival is underway, the first purely in-person edition since before the COVID-19 pandemic. There are high profile premieres, including Ryan Johnson’s Knives Out sequel, Glass Onion, a number of films traveling on their awards march from Telluride and/or Venice (Florian Zeller’s The Son, Laura Poitras’s All the Beauty and the Bloodshed), as well as smaller acquisition titles that are always in danger of being overlooked amidst the galas. Below are a number of films, most but not all TIFF premieres, that we’re recommending you check out, whether that recommendation is based on pre-screening or just our knowledge of the director’s past work. Check back in the coming days for Vadim Rizov’s Critics Notebooks from the festival.

The Fabelmans. Wikipedia pegs 1999 as the first time Steven Spielberg publicly discussed his plans to make a film based directly on his own childhood, rather than sublimating divorce trauma through E.T. or disappointment in father figures through a litter other titles. “My big fear is that my mom and dad won’t like it and will think it’s an insult and won’t share my loving yet critical point of view about what it was like to grow up with them,” he told The New York Times, then waited over half a year until his last parent died in 2020 before announcing that production was finally imminent. — Vadim Rizov

How to Blow Up a Pipeline. Would any of today’s socially-minded progressive doc funders have made a documentary based on eco-scholar Andreas Malm’s Verso book, How to Blow Up a Pipeline, which as a way of dealing with the climate crisis, advocates precisely what its title suggests? Indeed, what would the resulting “impact campaign” and its “call to action” have looked like? (For once, definable metrics would not be in short supply.) Leave it to the immensely talented Daniel Goldhaber to take up the cause with his Toronto world premiere, which is not a Loopmanics-style how-to but an exciting ensemble thriller in which eight mostly young activists take their increasingly hot futures into their own hands. Goldhaber and Pipeline producer Isa Mazzei made our 25 New Faces list on the basis of the excellent debut feature they directed together, Cam, and here they join other New Faces (editor Daniel Garber, actor Sasha Lane) in a film that’s refreshingly free of bothsidesist handwringing — these young people want to blow up a pipeline! And while the approach here could never be called didactic, Garber and his team (he wrote the film with executive producer Jordan Sjol and producer and actor Ariela Barer) skillfully allow nuanced dialogues around climate activism, which include a consideration of how oil supply chain disruptions affect the working class, to emerge gracefully from character and backstory. Bold, passionate and unapologetic, this is what independent films should be. — Scott Macaulay

Vulture. Stéphane Lafleur’s third feature, 2014’s Tu Dors, Nicole, was an equally melancholy and bemused coming-of-age sketch, something like Ghost World without any side character grotesques to offset its main characters whose American home video release was also the only time I’ve been asked to write the liner notes for a DVD (and Blu-ray!), Eight years later, the Québécois director is back with a movie about five astronauts tasked with the melancholy task of simulating the behavior of a manned mission to Mars to predict problems before they start. — VR

Life on the Caps. Filmmaker selected Meriem Bennani and Orian Barki for our 25 New Faces list in 2021 on the basis of their sly, emotionally astute Instagram series about the COVID-19 pandemic, 2 Lizards. Now, 2 Lizards is part of a larger program at TIFF featuring the premiere of Bennani’s latest, Life on the CAPS, a feature-length science-fiction work dealing with issues of migration and set on a fictional island in the middle of the Atlantic. It’s presented in collaboration with The Power Plant and The Vega Foundation. — SM

Ciné-Guerrillas: Scenes from the Labudovic Reels. A documentary based on an inherently fascinating subject for those looking for something at the intersection of secret film history and Cold War artefacts, Mila Turajlić’s film reconstructs the story of Yugoslav cameraman Stevan Labudović, personally sent by Tito to help document the Algerian War to end French occupation. — VR

Walk Up. In addition to his numerous post-initial launch stops here, Hong Sang-soo has had four films premiere at TIFF: 2002’s Turning Gate and 2006’s Woman on the Beach (both of which showed in South Korea first before their festival debuts), followed over a decade later by 2018’s underrated Yourself and Yours and now this film (characteristically, the second of two this year, following The Novelist’s Wife premiere at Berlin). — VR

Sanctuary. In Zachary Wigon’s 2014 debut, The Heart Machine, a couple’s long distance online romance is destabilized through the very technology that enables it as Cody, played by John Gallagher, discovers audio clues that make him believe that his lover, played by Kate Lyn Sheil, is not in Berlin, as claimed, but walking the same New York streets as he is. Eight years later Wigon, who has written extensively for Filmmaker, returns with the polished and witty Sanctuary, in which the nature of a couple’s relationship is challenged not by technology or geographical distance (the new film is set almost entirely within one hotel suite) but by the slipperiness of the roles the two enact for each other. Margaret Qualley plays Rebecca, an initially demure dominatrix whose specialties are role-play and high-class mind fuckery. Christopher Abbott is Hal, the submissive client, who is not some high-powered executive needing to let go of the reigns for an afternoon but the son of such a person. The death of his hotelier father has led to both a large inheritance and the anxiety-producing demand that he become the hotel chain’s CEO, and for Hal, that necessitates ending his psychodramatic relationship with Rebecca — a decision that doesn’t sit well with her. What follows is an edgy, expertly calibrated and compellingly acted pas de deux — part War of the Roses, part Secretary — in which the privilege afforded by Hal’s generational wealth is scant armor when confronted with the insight Rebecca has gleaned into his psyche. — SM

Causeway. Lila Neugebauer is one of the most talented theater directors of her generation, having directed the original productions, among others, of Sarah DeLappe’s The Wolves, Annie Baker’s The Antipodes and Tracy Letts’s Mary Page Marlowe (as well as the 2018 revival of Kenneth Lonergan’s The Waverly Gallery, starring Elaine May). She’s worked a bit in TV, but the Apple TV+-bound Causeway, starring Jennifer Lawrence and scripted by novelist Ottessa Moshfegh along with Luke Goebel, and Elizabeth Sanders, is her feature debut, and simply based on the brilliance of her stage work is a must see.

Runner. Following two strong shorts (Give Up the Ghost and Runner, the latter of which the director has expanded into this new feature), New York-based NYU grad Marian Matthias makes her feature debut with this drama dealing with financial precarity and loss set within America’s heartland. Eighteen-year-old Haas (Hannah Schiller) is propelled along the open road when her single dad passes away, forcing her to confront a variety of present-day adversities. Shot, as was her shorts, by Jomo Fray, another 25 New Face, Runner is a debut I’m eagerly anticipating. — SM

Theater of Thought. Traveling to TIFF from Toronto is Werner Herzog’s latest, Theater of Thought, his documentary about brain research, which juxtaposes the director’s quasi-Romantic worldview against the cold materialism of much neuroscience. Referencing several times to the human “soul,” or employing a clip from Alexander Dovzhenko’s 1930 film Earth to frame a discussion around the afterlife, Herzog is both fascinated by the experiments undertaken by an assortment of scientists and researches — experiments involving everything from the tiniest microorganisms to groups of adults having their brains scanned while reading J.D. Salinger — while also evincing a bit of an “Is that a there is?” vibe. Who is the ghostwriter of our thoughts and actions, he wants to know, wondering how culture and group dynamics play into our behaviors and decisions. Late in the doc, bioethics becomes a greater concern as prototypes for brain implants are demonstrated. As is typical in these interview-driven late-Herzog docs, the director’s largely off-screen questions follow a pattern of brain activity familiar to us all, alternating between incisive queries and eccentric non-sequiturs, with one engaging section — a visit to watch tight-rope walker Philippe Petite practice in a demonstration of “flow” — feeling beamed in from another film entirely. — SM

Bruiser. Another anticipated feature expanded from a short is the debut of New York-based Miles Warren, Bruiser. Starring Jalyn Hall, Shamier Anderson, and Moonlight’s Trevante Rhodes, and based on his impressive 2021 short of the same name, Bruiser features a 14-year-old protagonist (Hall) whose path away from violence leads to an unexpected relationship. — SM

Self Portrait as a Coffee Pot. In what is being described as a playful look at the process of making creative work, Self Portrait as a Coffee Pot is a nine-part series directed, introspectively, by South African artist William Kentridge. Kentridge’s work has spanned multiple mediums and here his focus is the artists’s studio, a space he explores with Melies-style visual effects and, according to the program notes, “the physical presence of a silent screen comedian.” Three episodes of the nine planned will be screened. — SM

Dry Ground Burning. “Dry Ground Burning is a ramshackle (in the most exciting sense of the word) mash-up of genres, equal parts Western, gangster film, Mad Max-like dystopia and documentary. Like Juliano Dornelles and Kleber Mendonça Filho’s Bacarau (2019), it instantiates a world that seems to exist outside of time, incomprehensibly cruel and unjust but also imbued somehow with revolutionary potential.” — DH