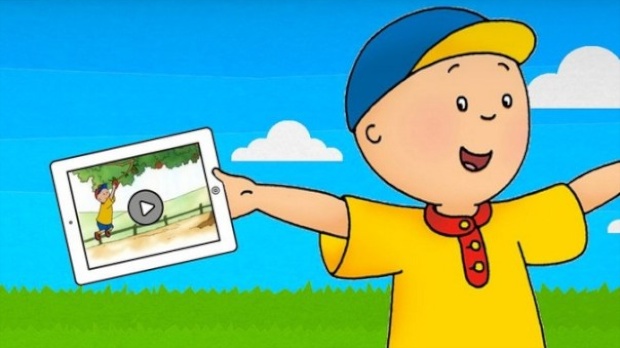 by Randy Astle
in Distribution, Filmmaking, Financing
on Nov 23, 2012

Online video’s come a long way in the seven-and-a-half years since the launch of YouTube, but it’s no secret that the landscape’s still constantly changing for filmmakers, both independents and studios. The big question, still, is how to best monetize online viewing, as a few recent developments have illustrated. Karin Chien has a great piece in the current issue of Filmmaker (available for subscribers here) about how some YouTube stars have built up massive audiences that have, in turn, supported them financially and empowered them to deal with Hollywood on favorable terms. But we all know that going viral can be as much a pipe dream as picking up that elusive Sundance deal—and that even a popular YouTube channel doesn’t always necessarily come with a large paycheck.

One problem is the sheer mass of user-generated material on the site today, so in January Google, in an attempt to curate some higher-quality original content that would in turn attract higher advertising fees, allocated $200 million to create 160 new channels. Funds were parceled out to professional content creators (what we used to call “filmmakers”), with budgets of up to $5 million going to the top producers. Despite competition from subscription services like Hulu Plus and Amazon Prime, these YouTube channels remained free to view, centering the entire revenue model around advertising. Celebrities and Hollywood interests were heavily involved, but many channels were created by smaller production companies as well, as this article from October 2011 details.
The great experiment, then, was if this type of advertising-based model would work for professional content. We got a bit of the answer last week when YouTube announced that it would cancel at least 60% of these channels, less than a year after they were launched. As All Things D explains, since advertising revenue is still “developing,” the decisions of what to keep and what to axe were based more on viewership than profitability: “Channels that don’t get new deals won’t get kicked off YouTube, and executives say they hope content makers will continue producing stuff for the site. In the cases where YouTube hasn’t recouped its initial programming outlay, the site will continue to collect 100 percent of any revenue generated by the videos it paid for.”

Trimming these channels doesn’t necessarily mean Google’s content play is a failed endeavor, but it doesn’t really feel like a welcome mat to anyone who’s not already Jay-Z either. Which makes the timing of what’s going on over at Hulu particularly interesting. While Google’s been slimming down YouTube’s production slate, the various interests behind Hulu have been ramping up its subscription-based Plus content (though these are acquisitions, not commissions). A couple of days before YouTube’s press release, Hulu’s blog announced the creation of Hulu Kids, a channel within Hulu Plus that would feature back-catalog content from Nickelodeon, PBS, and other kids’ television networks. New shows, like the revised Teenage Mutant Ninja Turtles, will also air, but it’s unclear if any original content will be commissioned without coming through established cable providers. Hulu followed Hulu Kids (pictured above) with the announcement last Friday of a video game channel featuring trailers, reviews, release dates, and other information; one can imagine it’s only a matter of time until actual online games are offered as well. Right now Hulu Video Games, which is just in time for the launch of Nintendo’s Wii U and the holiday shopping season, is on the regular free Hulu, but it will be added to Plus soon as well.

This is significant not only because Plus requires an $8/month subscription while regular Hulu doesn’t; regular Hulu is currently available only on good old fashioned computers, while Hulu Plus provides “service for tablets, smartphones and Internet-connected TVs, including just about every device you can hook up to your TV for online viewing, Xbox 360 and Roku alike.” In other words, the future of online video is migrating off computers onto smaller handheld and multipurpose devices—in case the writing on the wall wasn’t clear already.

It could be that traditional content providers like Viacom, which owns Nickelodeon, are playing along because they don’t know what else to do and don’t want to lose their audience for properties like SpongeBob SquarePants or iCarly while viewers are moving online. But established shows like these already have a strong web presence, so their support could also reflect a healthy vote of confidence in the financial viability of online viewing. More than once I’ve heard Josh Selig, the president of Little Airplane Productions (best known for its preschool show The Wonder Pets!) say that the next Blue’s Clues will come online rather than over the airwaves (and any indie filmmaker would do well to achieve a fraction of Blue’s Clue’s success); it’s just a matter of figuring out how to monetize that.

Right now, it looks like the divisions between subscriptions and advertising are digging in their heels: yesterday YouTube announced a deal with the NBA Development League to show 350 games through the 2012-13 season, but in September Hulu Plus inked a deal with World Wrestling Entertainment, which traditionally follows a pay-per-view model, to show their events to subscribers. Other big dogs, like Netflix and Amazon Prime, are obviously betting on subscriptions, though Netflix’s missteps have been well known. Monday Amazon had its own hiccup as it discontinued a monthly Prime subscription that it had introduced only two weeks earlier. Though it was in the $8 price range shared by Hulu Plus and Netflix, Amazon evidently didn’t see the program as tenable, leaving Prime subscribers with the lone option of an annual $79 subscription: a bigger price point to swallow up front, but which actually yields a lower monthly rate than any other major content provider—except YouTube, of course. (Prime also offers free shipping of Amazon-bought products.)

How much is any of this relevant to the indie producer? It’s hard to say. Perhaps the greatest lesson is to not get too comfortable because the distribution and revenue models are still more variable than we often realize. And because of that, there’s still plenty of room for innovation. There are lots of DIY distribution strategies, audience building activities, and other worthwhile pursuits yet to be devised. Scott Macaulay just wrote about how Larry Clark’s Marfa Girl is being sold only by the artist from his own website. And yesterday Indiewire ran a great story about the new platform PUMit, which allows filmmakers to sell their films’ screening licenses, along with a video file, directly to viewers. The licenses are good for six months, the technology is simple, and viewers can re-sell their purchases and participate in the profit, incentivizing word-of-mouth advertising. One of my favorite films of all time, Greg Whiteley’s doc New York Doll, is currently testing PUMit out, and so far the results seem to be much more satisfying than the film’s original frustrating theatrical and DVD release in 2005.

PUMit is more in the realm of iTunes (pay-per-download) than YouTube or Hulu, but it indicates yet another way online video is shifting not only the forms independent films (or web series, or other videos) will take, but how filmmakers will relate to and collaborate with their audiences. Karin Chien is right: it is all about growing your audience, and the recent events with online viewing platforms just show that nobody’s closed the book on how to do it.